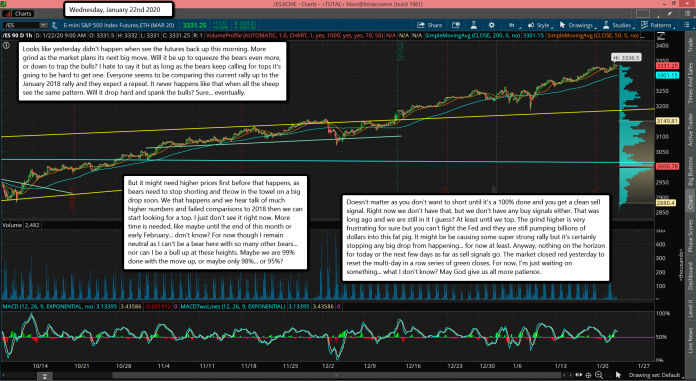 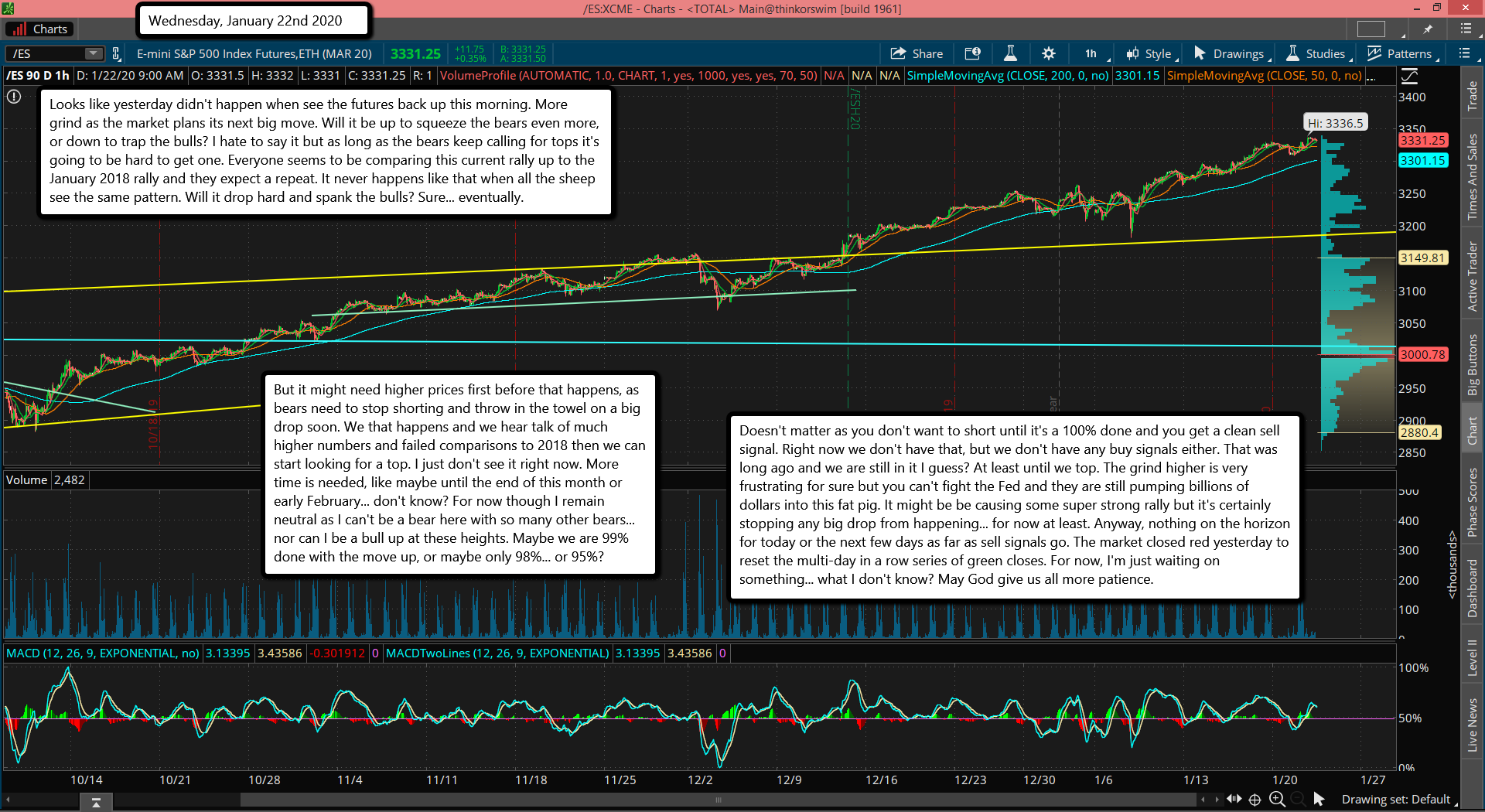 Looks like yesterday didn't happen when see the futures back up this morning. More grind as the market plans its next big move. Will it be up to squeeze the bears even more, or down to trap the bulls? I hate to say it but as long as the bears keep calling for tops it's going to be hard to get one. Everyone seems to be comparing this current rally up to the January 2018 rally and they expect a repeat. It never happens like that when all the sheep see the same pattern. Will it drop hard and spank the bulls? Sure... eventually.

But it might need higher prices first before that happens, as bears need to stop shorting and throw in the towel on a big drop soon. We that happens and we hear talk of much higher numbers and failed comparisons to 2018 then we can start looking for a top. I just don't see it right now. More time is needed, like maybe until the end of this month or early February... don't know? For now though I remain neutral as I can't be a bear here with so many other bears... nor can I be a bull up at these heights. Maybe we are 99% done with the move up, or maybe only 98%... or 95%?

Doesn't matter as you don't want to short until it's a 100% done and you get a clean sell signal. Right now we don't have that, but we don't have any buy signals either. That was long ago and we are still in it I guess? At least until we top. The grind higher is very frustrating for sure but you can't fight the Fed and they are still pumping billions of dollars into this fat pig. It might be be causing some super strong rally but it's certainly stopping any big drop from happening... for now at least. Anyway, nothing on the horizon for today or the next few days as far as sell signals go. The market closed red yesterday to reset the multi-day in a row series of green closes. For now, I'm just waiting on something... what I don't know? May God give us all more patience.