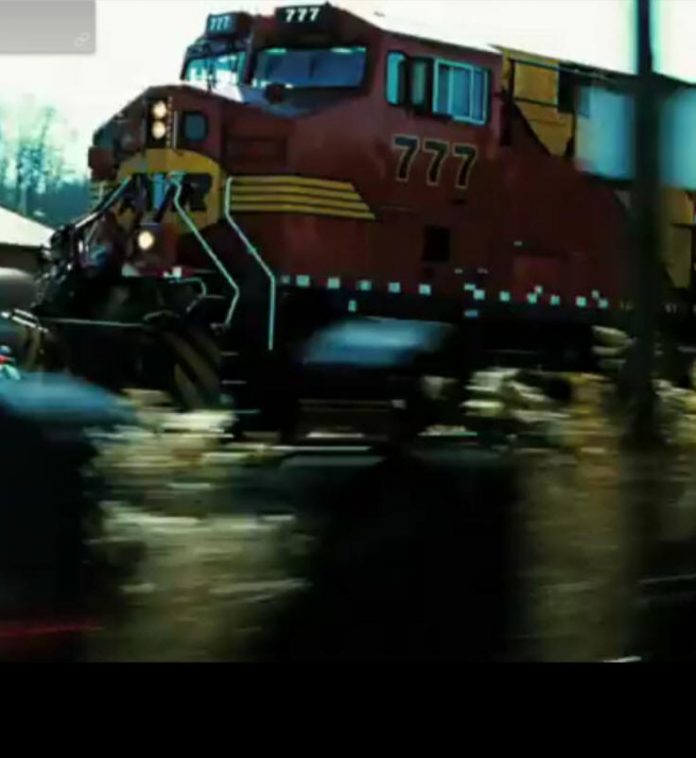 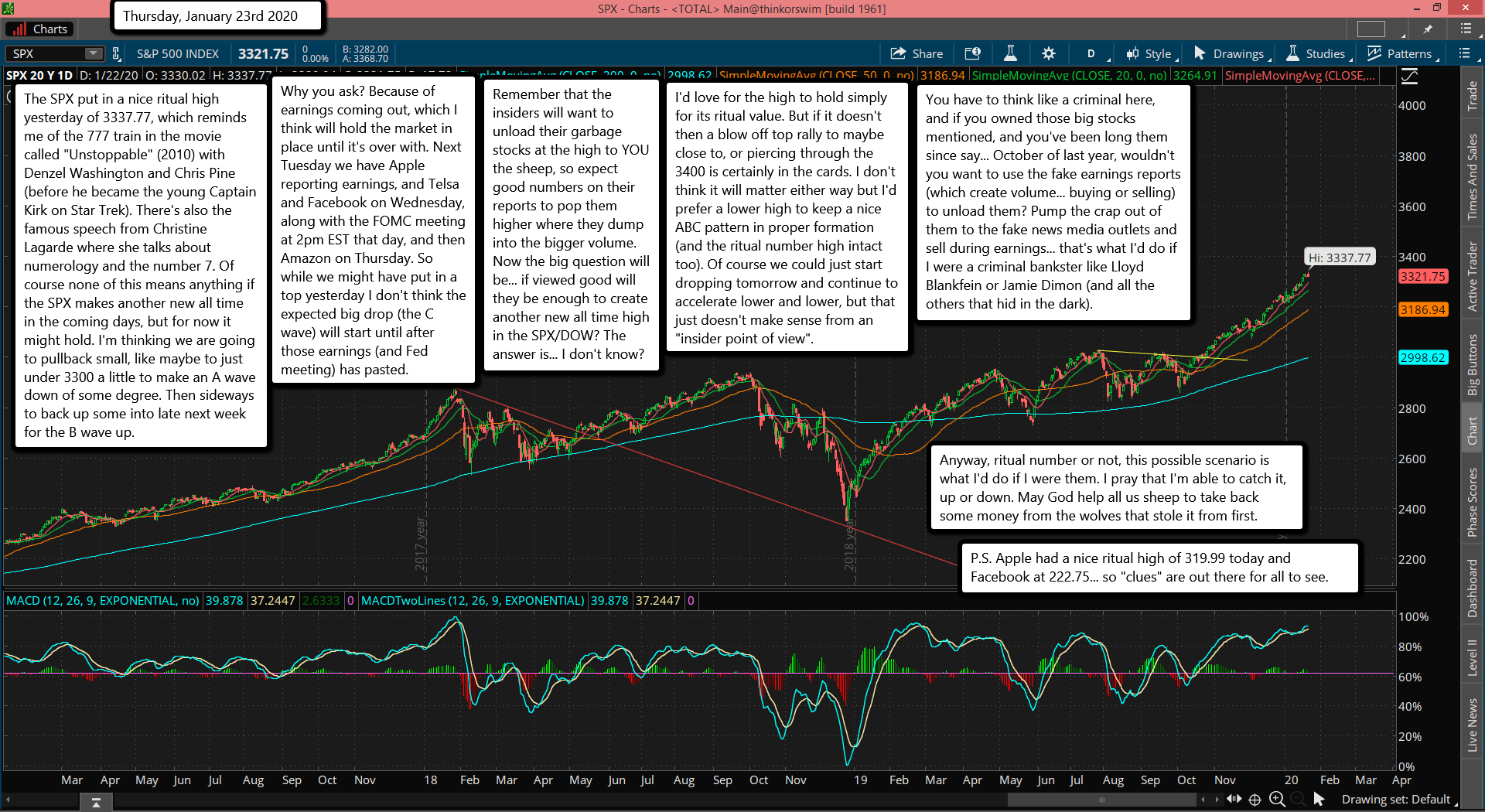 The SPX put in a nice ritual high yesterday of 3337.77, which reminds me of the 777 train in the movie called "Unstoppable" (2010) with Denzel Washington and Chris Pine (before he became the young Captain Kirk on Star Trek). There's also the famous speech from Christine Lagarde where she talks about numerology and the number 7. Of course none of this means anything if the SPX makes another new all time in the coming days, but for now it might hold. I'm thinking we are going to pullback small, like maybe to just under 3300 a little to make an A wave down of some degree. Then sideways to back up some into late next week for the B wave up.

Why you ask? Because of earnings coming out, which I think will hold the market in place until it's over with. Next Tuesday we have Apple reporting earnings, and Telsa and Facebook on Wednesday, along with the FOMC meeting at 2pm EST that day, and then Amazon on Thursday. So while we might have put in a top yesterday I don't think the expected big drop (the C wave) will start until after those earnings (and Fed meeting) has pasted.

Remember that the insiders will want to unload their garbage stocks at the high to YOU the sheep, so expect good numbers on their reports to pop them higher where they dump into the bigger volume. Now the big question will be... if viewed good will they be enough to create another new all time high in the SPX/DOW? The answer is... I don't know?

I'd love for the high to hold simply for its ritual value. But if it doesn't then a blow off top rally to maybe close to, or piercing through the 3400 is certainly in the cards. I don't think it will matter either way but I'd prefer a lower high to keep a nice ABC pattern in proper formation (and the ritual number high intact too). Of course we could just start dropping tomorrow and continue to accelerate lower and lower, but that just doesn't make sense from an "insider point of view".

You have to think like a criminal here, and if you owned those big stocks mentioned, and you've been long them since say... October of last year, wouldn't you want to use the fake earnings reports (which create volume... buying or selling) to unload them? Pump the crap out of them to the fake news media outlets and sell during earnings... that's what I'd do if I were a criminal bankster like Lloyd Blankfein or Jamie Dimon (and all the others that hid in the dark).

Anyway, ritual number or not, this possible scenario is what I'd do if I were them. I pray that I'm able to catch it, up or down. May God help all us sheep to take back some money from the wolves that stole it from first.

Don't think the market is rigged?  Watch this... 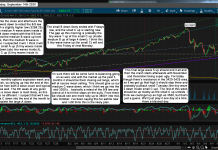