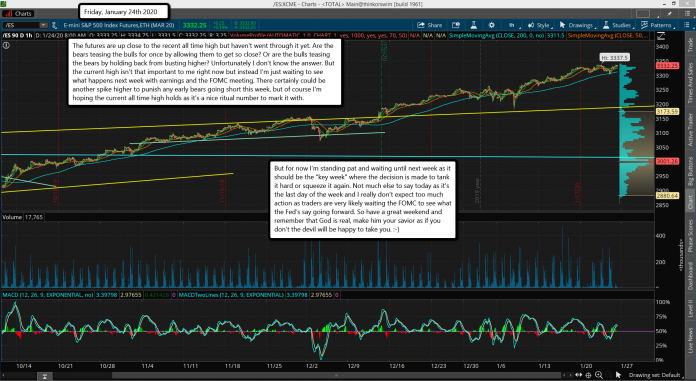 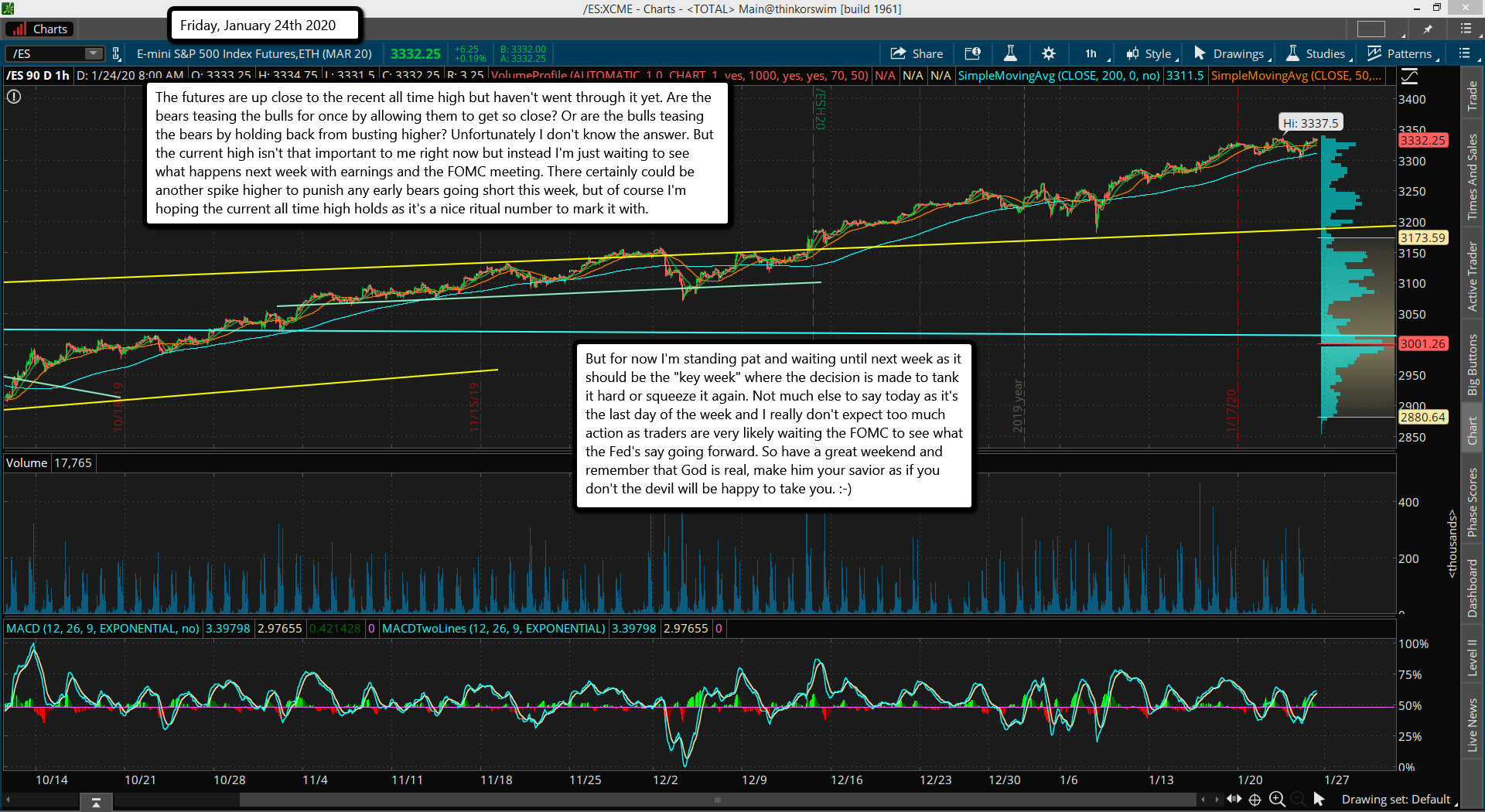 The futures are up close to the recent all time high but haven't went through it yet. Are the bears teasing the bulls for once by allowing them to get so close? Or are the bulls teasing the bears by holding back from busting higher? Unfortunately I don't know the answer. But the current high isn't that important to me right now but instead I'm just waiting to see what happens next week with earnings and the FOMC meeting. There certainly could be another spike higher to punish any early bears going short this week, but of course I'm hoping the current all time high holds as it's a nice ritual number to mark it with.

But for now I'm standing pat and waiting until next week as it should be the "key week" where the decision is made to tank it hard or squeeze it again. Not much else to say today as it's the last day of the week and I really don't expect too much action as traders are very likely waiting the FOMC to see what the Fed's say going forward. So have a great weekend and remember that God is real, make him your savior as if you don't the devil will be happy to take you. 🙂