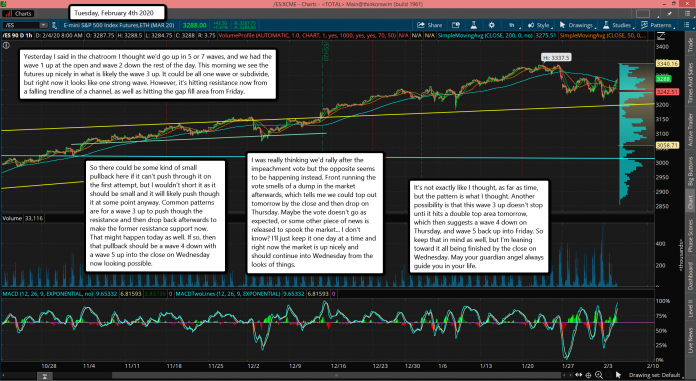 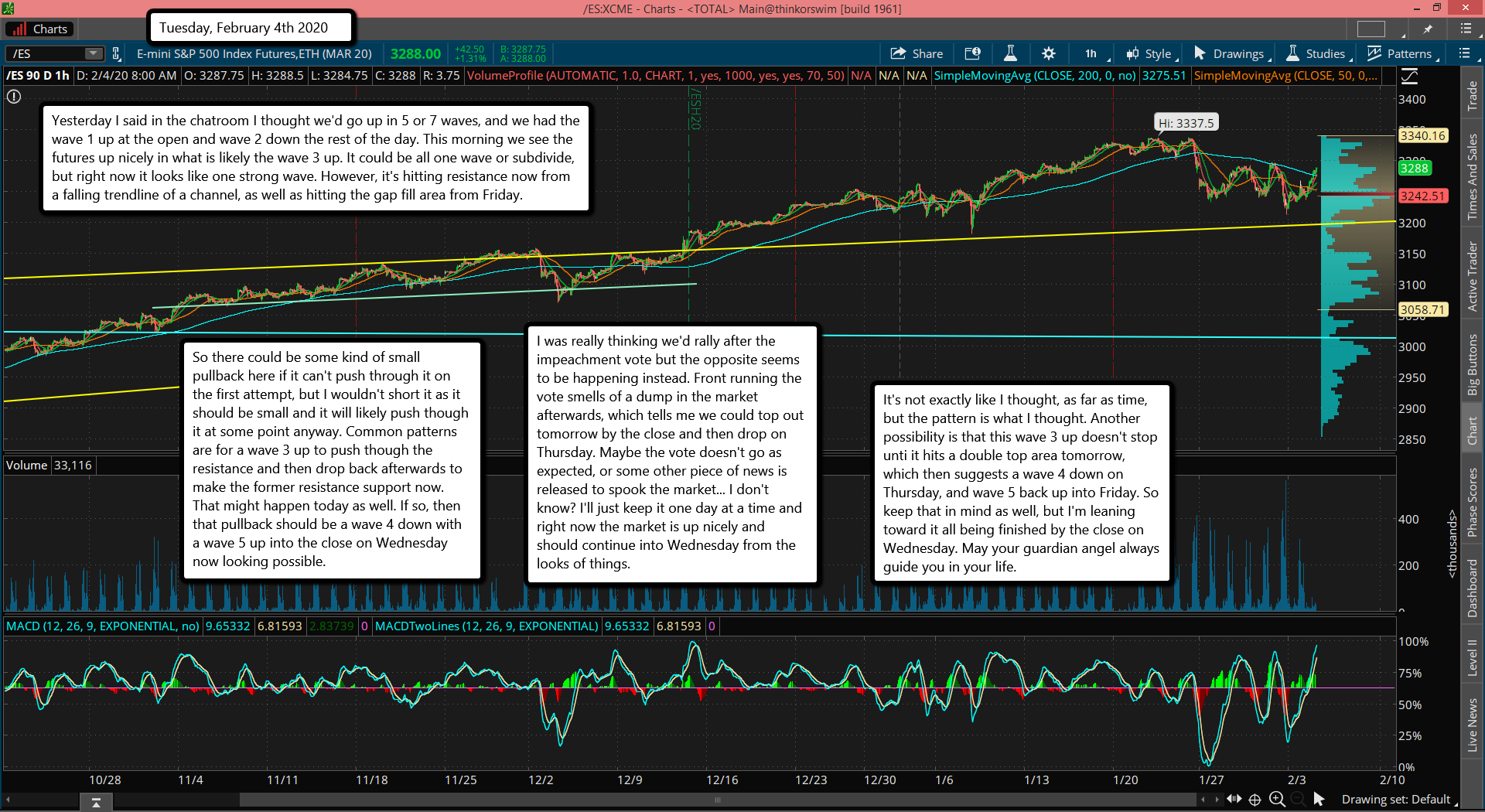 Yesterday I said in the chatroom I thought we'd go up in 5 or 7 waves, and we had the wave 1 up at the open and wave 2 down the rest of the day. This morning we see the futures up nicely in what is likely the wave 3 up. It could be all one wave or subdivide, but right now it looks like one strong wave. However, it's hitting resistance now from a falling trendline of a channel, as well as hitting the gap fill area from Friday.

So there could be some kind of small pullback here if it can't push through it on the first attempt, but I wouldn't short it as it should be small and it will likely push though it at some point anyway. Common patterns are for a wave 3 up to push though the resistance and then drop back afterwards to make the former resistance support now. That might happen today as well. If so, then that pullback should be a wave 4 down with a wave 5 up into the close on Wednesday now looking possible.

I was really thinking we'd rally after the impeachment vote but the opposite seems to be happening instead. Front running the vote smells of a dump in the market afterwards, which tells me we could top out tomorrow by the close and then drop on Thursday. Maybe the vote doesn't go as expected, or some other piece of news is released to spook the market... I don't know? I'll just keep it one day at a time and right now the market is up nicely and should continue into Wednesday from the looks of things.

It's not exactly like I thought, as far as time, but the pattern is what I thought. Another possibility is that this wave 3 up doesn't stop unti it hits a double top area tomorrow, which then suggests a wave 4 down on Thursday, and wave 5 back up into Friday. So keep that in mind as well, but I'm leaning toward it all being finished by the close on Wednesday. May your guardian angel always guide you in your life.