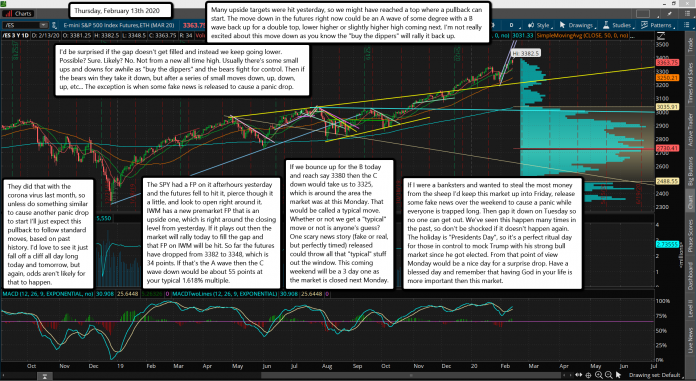 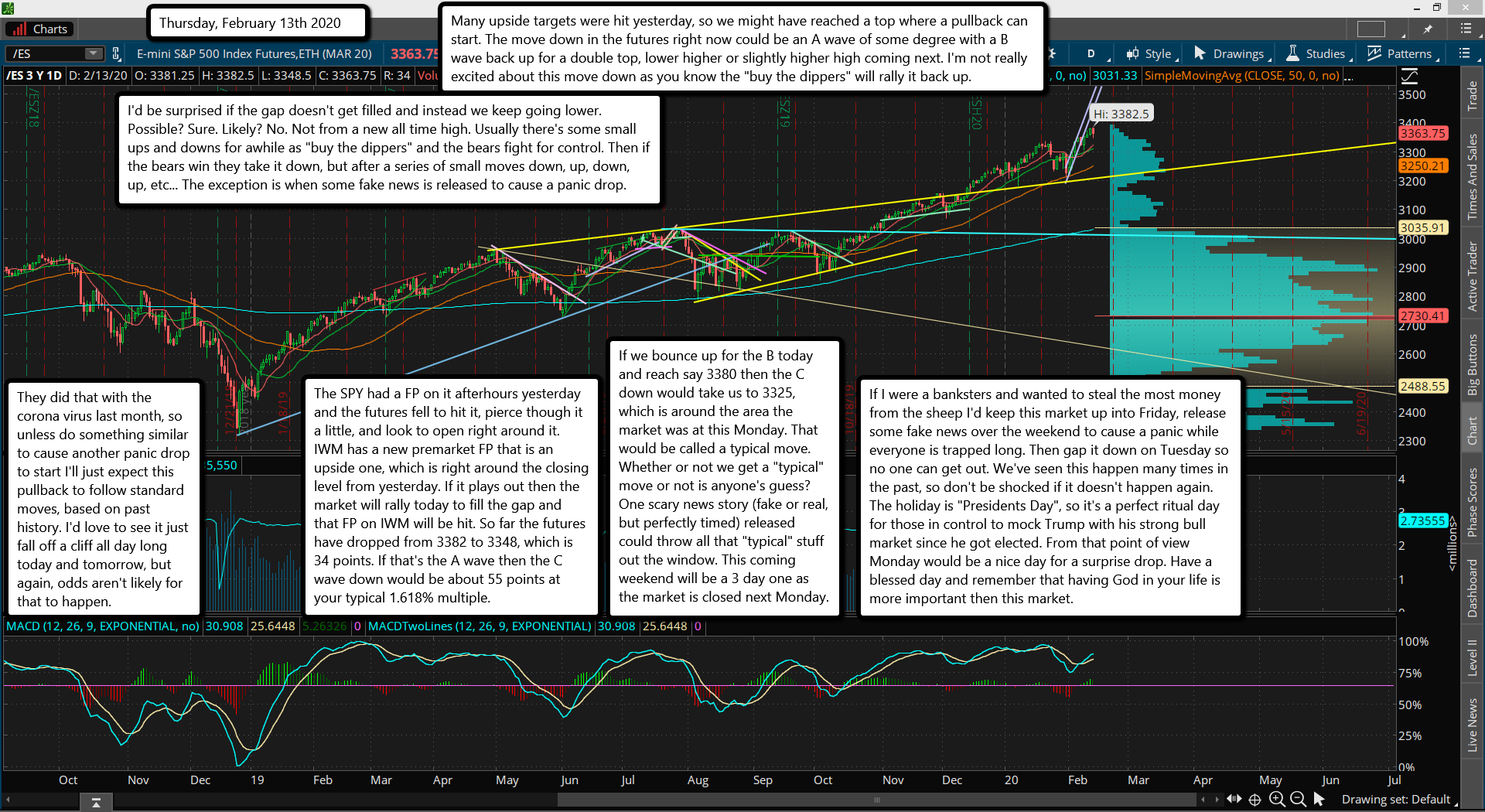 Many upside targets were hit yesterday, so we might have reached a top where a pullback can start. The move down in the futures right now could be an A wave of some degree with a B wave back up for a double top, lower higher or slightly higher high coming next. I'm not really excited about this move down as you know the "buy the dippers" will rally it back up.

I'd be surprised if the gap doesn't get filled and instead we keep going lower. Possible? Sure. Likely? No. Not from a new all time high. Usually there's some small ups and downs for awhile as "buy the dippers" and the bears fight for control. Then if the bears win they take it down, but after a series of small moves down, up, down, up, etc... The exception is when some fake news is released to cause a panic drop.

They did that with the corona virus last month, so unless do something similar to cause another panic drop to start I'll just expect this pullback to follow standard moves, based on past history. I'd love to see it just fall off a cliff all day long today and tomorrow, but again, odds aren't likely for that to happen.

The SPY had a FP on it afterhours yesterday and the futures fell to hit it, pierce though it a little, and look to open right around it. IWM has a new premarket FP that is an upside one, which is right around the closing level from yesterday. If it plays out then the market will rally today to fill the gap and that FP on IWM will be hit. So far the futures have dropped from 3382 to 3348, which is 34 points. If that's the A wave then the C wave down would be about 55 points at your typical 1.618% multiple.

If we bounce up for the B today and reach say 3380 then the C down would take us to 3325, which is around the area the market was at this Monday. That would be called a typical move. Whether or not we get a "typical" move or not is anyone's guess? One scary news story (fake or real, but perfectly timed) released could throw all that "typical" stuff out the window. This coming weekend will be a 3 day one as the market is closed next Monday.

If I were a banksters and wanted to steal the most money from the sheep I'd keep this market up into Friday, release some fake news over the weekend to cause a panic while everyone is trapped long. Then gap it down on Tuesday so no one can get out. We've seen this happen many times in the past, so don't be shocked if it doesn't happen again. The holiday is "Presidents Day", so it's a perfect ritual day for those in control to mock Trump with his strong bull market since he got elected. From that point of view Monday would be a nice day for a surprise drop. Have a blessed day and remember that having God in your life is more important then this market.