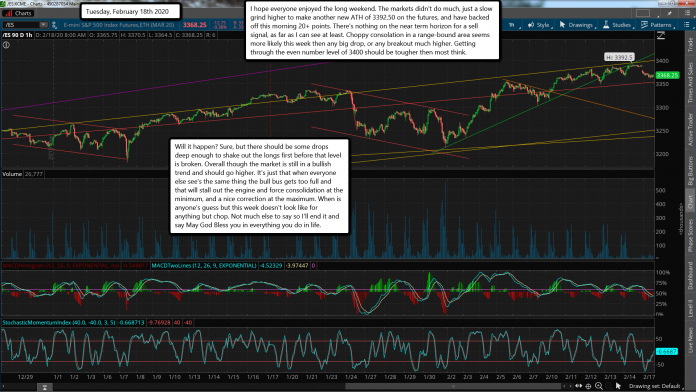 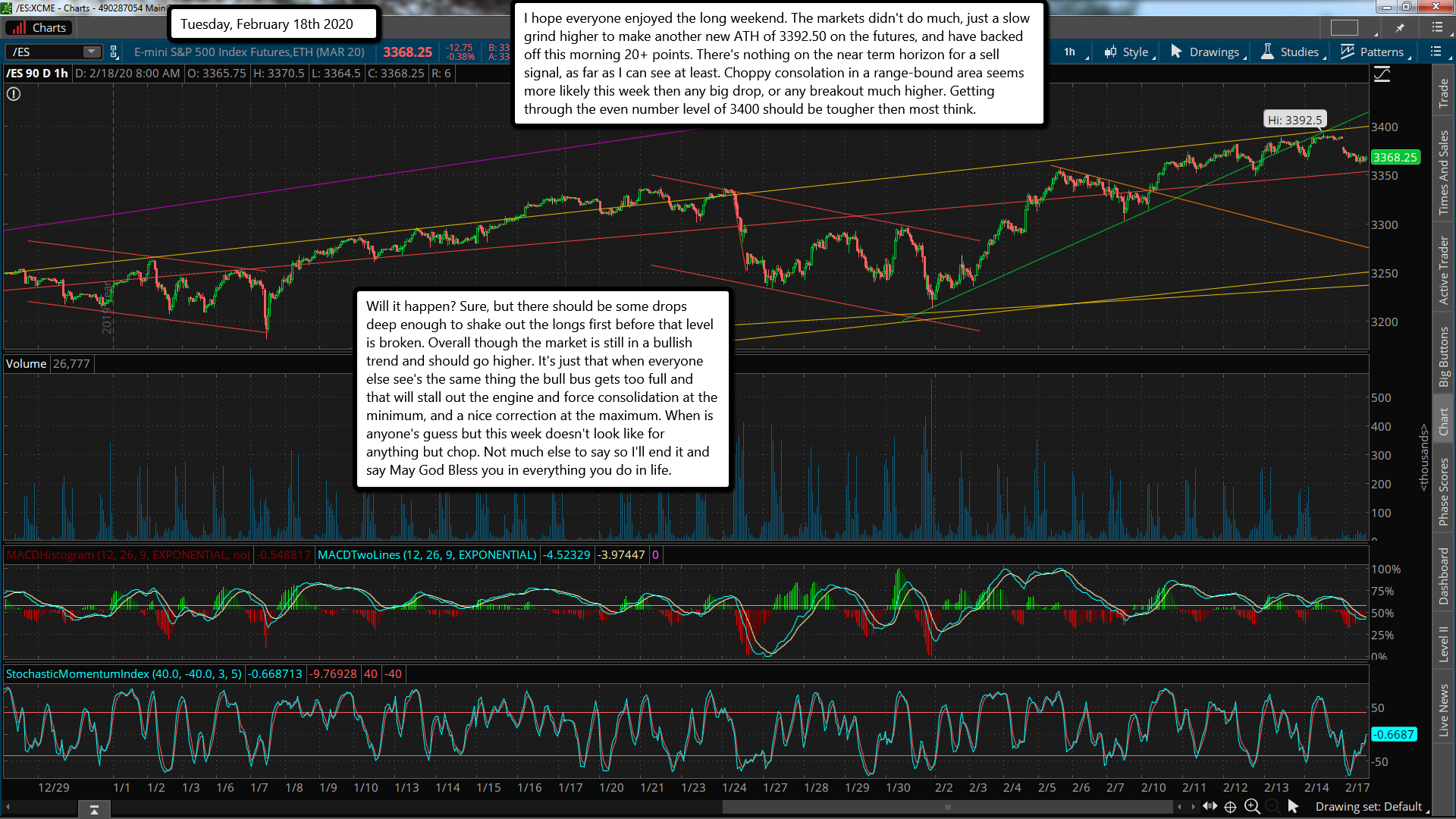 I hope everyone enjoyed the long weekend. The markets didn't do much, just a slow grind higher to make another new ATH of 3392.50 on the futures, and have backed off this morning 20+ points. There's nothing on the near term horizon for a sell signal, as far as I can see at least. Choppy consolation in a range-bound area seems more likely this week then any big drop, or any breakout much higher. Getting through the even number level of 3400 should be tougher then most think.

Will it happen? Sure, but there should be some drops deep enough to shake out the longs first before that level is broken. Overall though the market is still in a bullish trend and should go higher. It's just that when everyone else see's the same thing the bull bus gets too full and that will stall out the engine and force consolidation at the minimum, and a nice correction at the maximum. When is anyone's guess but this week doesn't look like for anything but chop. Not much else to say so I'll end it and say May God Bless you in everything you do in life.