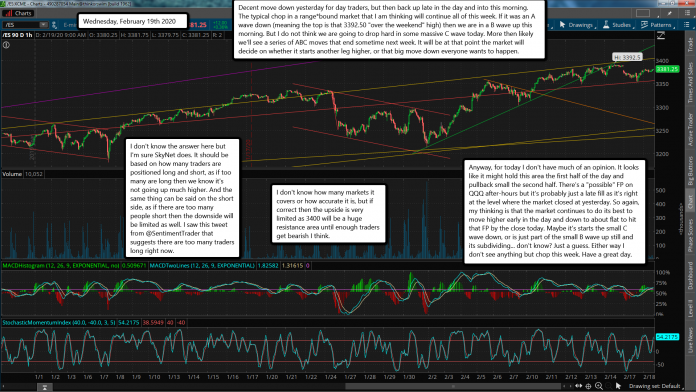 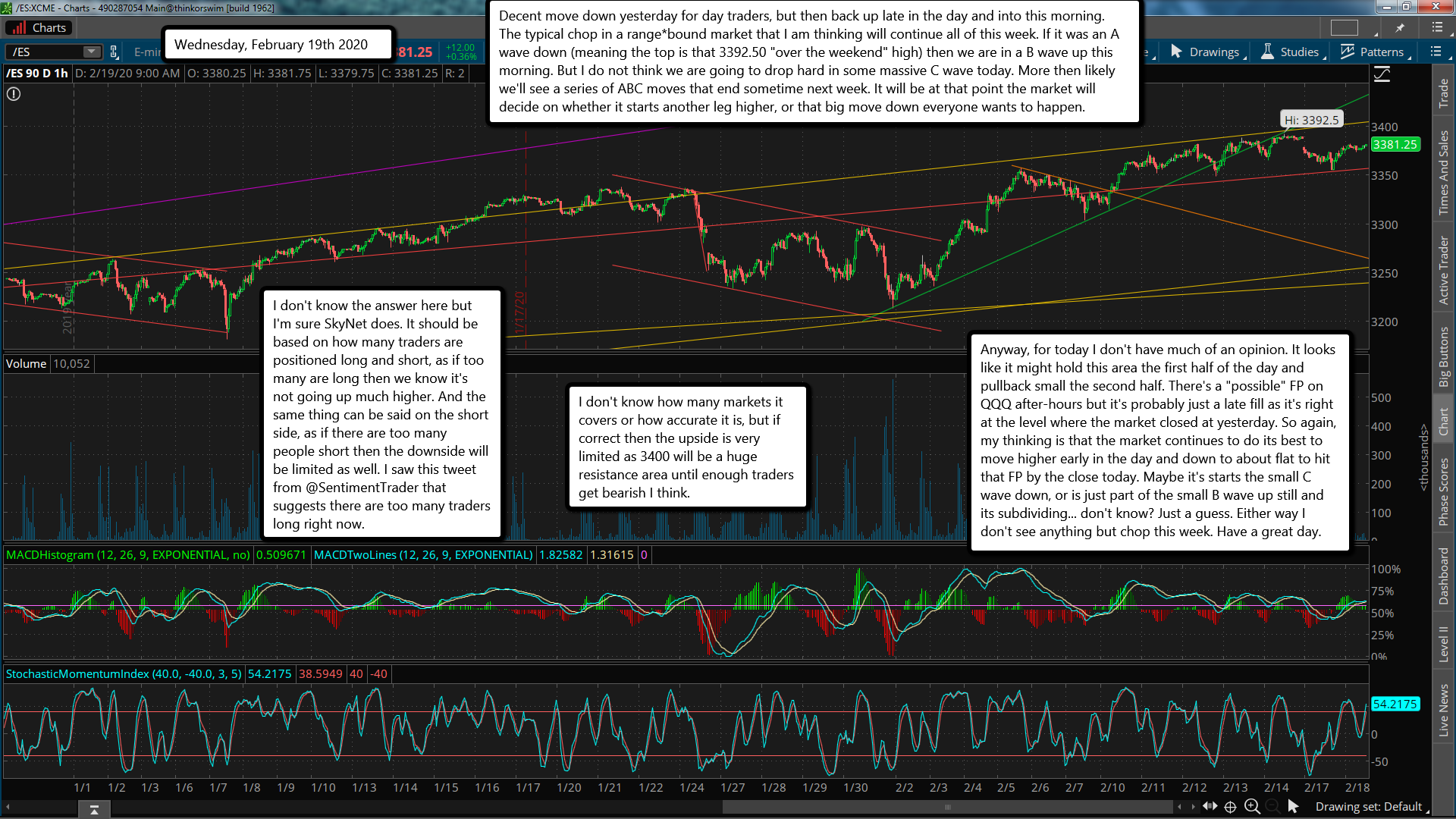 Decent move down yesterday for day traders, but then back up late in the day and into this morning. The typical chop in a range*bound market that I am thinking will continue all of this week. If it was an A wave down (meaning the top is that 3392.50 "over the weekend" high) then we are in a B wave up this morning. But I do not think we are going to drop hard in some massive C wave today. More then likely we'll see a series of ABC moves that end sometime next week. It will be at that point the market will decide on whether it starts another leg higher, or that big move down everyone wants to happen.

I don't know the answer here but I'm sure SkyNet does. It should be based on how many traders are positioned long and short, as if too many are long then we know it's not going up much higher. And the same thing can be said on the short side, as if there are too many people short then the downside will be limited as well. I saw this tweet from @SentimentTrader that suggests there are too many traders long right now.

Over the past 6 weeks, they’ve bought (to open) 70 million more contracts than they’ve sold (to close).

We’ve never seen this level of speculation before. Not even close. pic.twitter.com/VtRCRXRTbS

I don't know how many markets it covers or how accurate it is, but if correct then the upside is very limited as 3400 will be a huge resistance area until enough traders get bearish I think.

Anyway, for today I don't have much of an opinion. It looks like it might hold this area the first half of the day and pullback small the second half. There's a "possible" FP on QQQ after-hours but it's probably just a late fill as it's right at the level where the market closed at yesterday. So again, my thinking is that the market continues to do its best to move higher early in the day and down to about flat to hit that FP by the close today. Maybe it's starts the small C wave down, or is just part of the small B wave up still and its subdividing... don't know? Just a guess. Either way I don't see anything but chop this week. Have a great day.