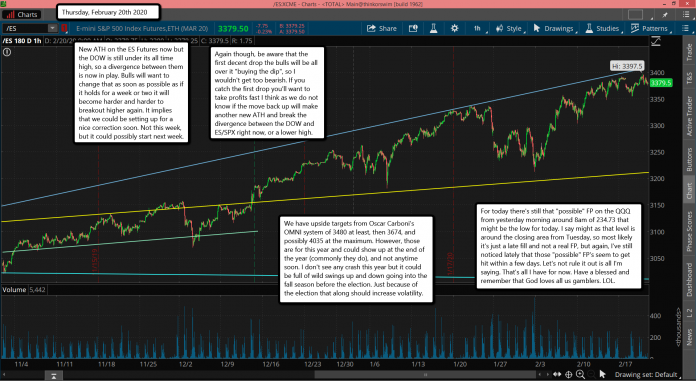 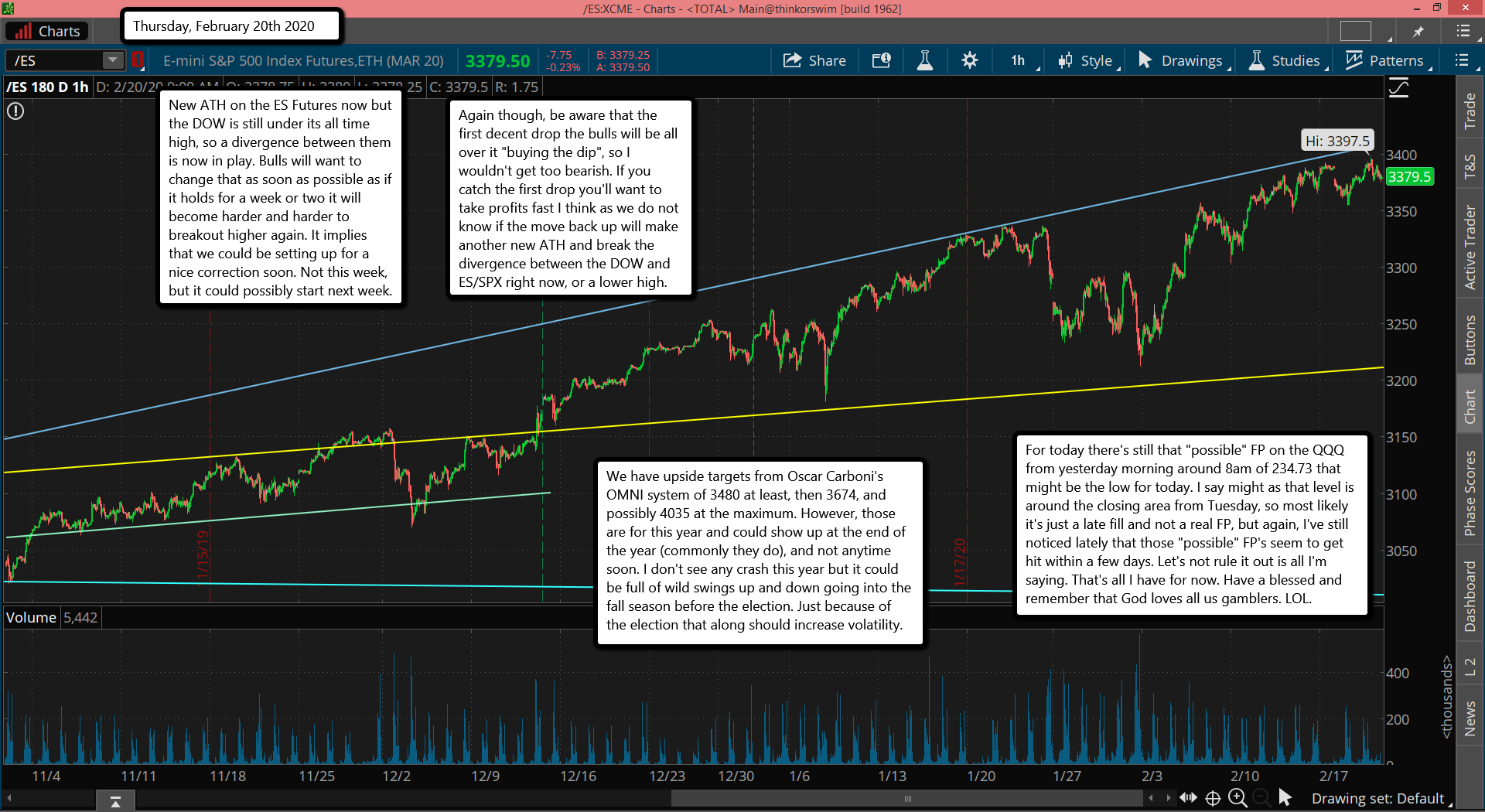 New ATH on the ES Futures now but the DOW is still under its all time high, so a divergence between them is now in play. Bulls will want to change that as soon as possible as if it holds for a week or two it will become harder and harder to breakout higher again. It implies that we could be setting up for a nice correction soon. Not this week, but it could possibly start next week.

Again though, be aware that the first decent drop the bulls will be all over it "buying the dip", so I wouldn't get too bearish. If you catch the first drop you'll want to take profits fast I think as we do not know if the move back up will make another new ATH and break the divergence between the DOW and ES/SPX right now, or a lower high.

We have upside targets from Oscar Carboni's OMNI system of 3480 at least, then 3674, and possibly 4035 at the maximum. However, those are for this year and could show up at the end of the year (commonly they do), and not anytime soon. I don't see any crash this year but it could be full of wild swings up and down going into the fall season before the election. Just because of the election that along should increase volatility.

For today there's still that "possible" FP on the QQQ from yesterday morning around 8am of 234.73 that might be the low for today. I say might as that level is around the closing area from Tuesday, so most likely it's just a late fill and not a real FP, but again, I've still noticed lately that those "possible" FP's seem to get hit within a few days. Let's not rule it out is all I'm saying. That's all I have for now. Have a blessed and remember that God loves all us gamblers. LOL.

P.S.  Nice chart by Atilla.  It certainly tells me that this bull market is in serious danger of a deep correction, recession or worst... depression.  I'll go with Oscar Carboni's upside targets though as they've be right almost every year for the past 12 years he's do it.  But Atilla's chart could signal that this year will be a wild one.

Beginning of the end has begun. Give it a few more weeks, my guess is mid to late March. pic.twitter.com/Nos5XLbsqb