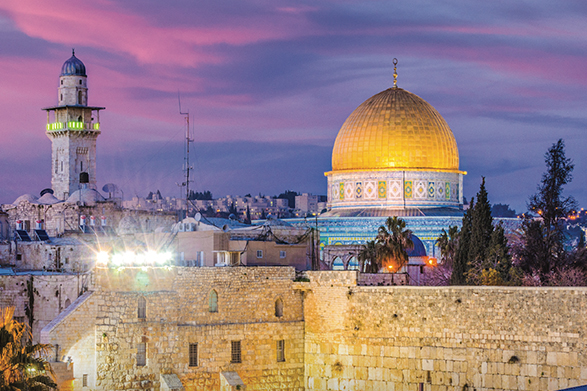 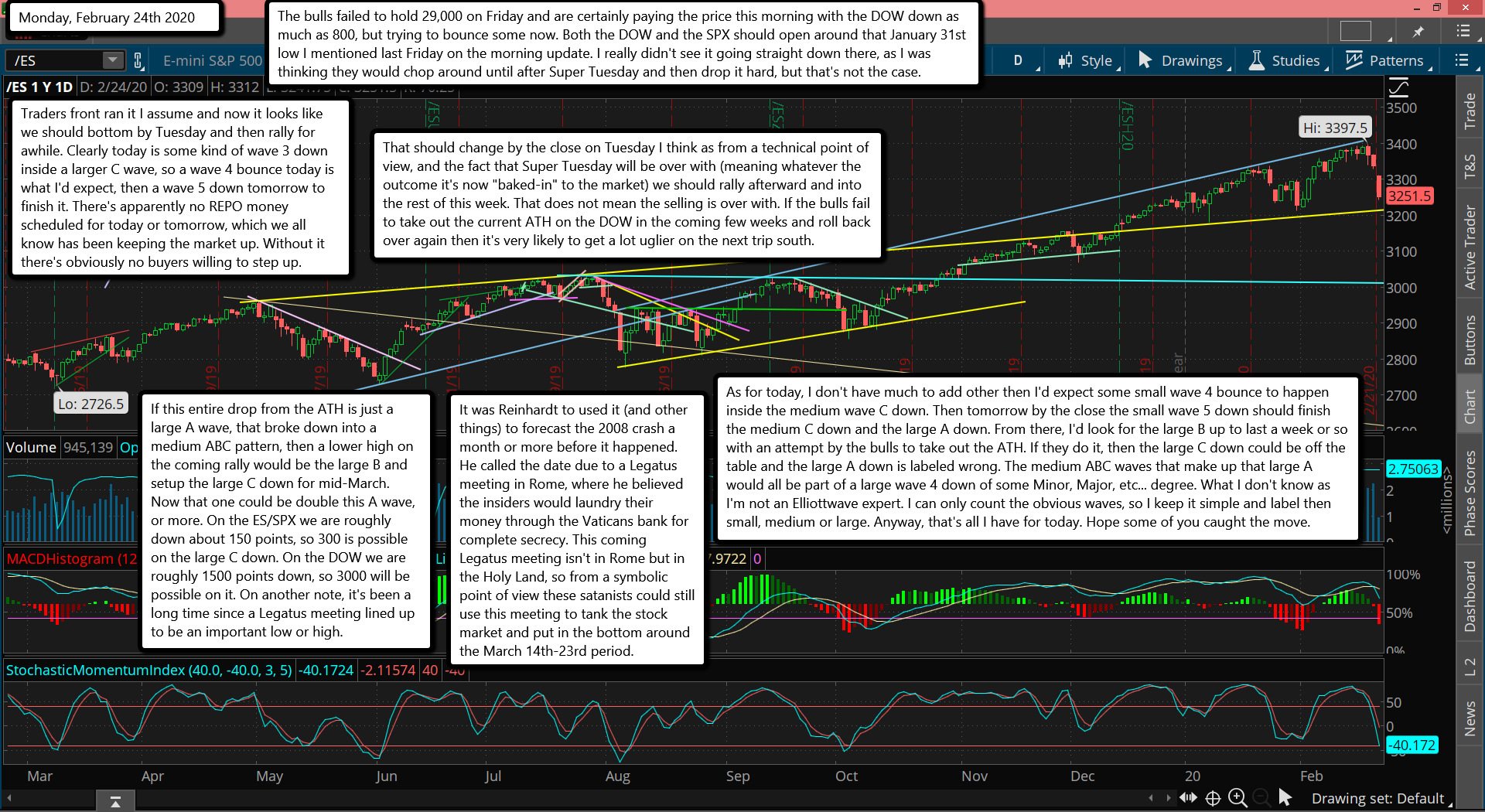 The bulls failed to hold 29,000 on Friday and are certainly paying the price this morning with the DOW down as much as 800, but trying to bounce some now. Both the DOW and the SPX should open around that January 31st low I mentioned last Friday on the morning update. I really didn't see it going straight down there, as I was thinking they would chop around until after Super Tuesday and then drop it hard, but that's not the case.

Traders front ran it I assume and now it looks like we should bottom by Tuesday and then rally for awhile. Clearly today is some kind of wave 3 down inside a larger C wave, so a wave 4 bounce today is what I'd expect, then a wave 5 down tomorrow to finish it. There's apparently no REPO money scheduled for today or tomorrow, which we all know has been keeping the market up. Without it there's obviously no buyers willing to step up.

That should change by the close on Tuesday I think as from a technical point of view, and the fact that Super Tuesday will be over with (meaning whatever the outcome it's now "baked-in" to the market) we should rally afterward and into the rest of this week. That does not mean the selling is over with. If the bulls fail to take out the current ATH on the DOW in the coming few weeks and roll back over again then it's very likely to get a lot uglier on the next trip south.

If this entire drop from the ATH is just a large A wave, that broke down into a medium ABC pattern, then a lower high on the coming rally would be the large B and setup the large C down for mid-March. Now that one could be double this A wave, or more. On the ES/SPX we are roughly down about 150 points, so 300 is possible on the large C down. On the DOW we are roughly 1500 points down, so 3000 will be possible on it. On another note, it's been a long time since a Legatus meeting lined up to be an important low or high.

It was Reinhardt to used it (and other things) to forecast the 2008 crash a month or more before it happened. He called the date due to a Legatus meeting in Rome, where he believed the insiders would laundry their money through the Vaticans bank for complete secrecy. This coming Legatus meeting isn't in Rome but in the Holy Land, so from a symbolic point of view these satanists could still use this meeting to tank the stock market and put in the bottom around the March 14th-23rd period.

As for today, I don't have much to add other then I'd expect some small wave 4 bounce to happen inside the medium wave C down. Then tomorrow by the close the small wave 5 down should finish the medium C down and the large A down. From there, I'd look for the large B up to last a week or so with an attempt by the bulls to take out the ATH. If they do it, then the large C down could be off the table and the large A down is labeled wrong. The medium ABC waves that make up that large A would all be part of a large wave 4 down of some Minor, Major, etc... degree. What I don't know as I'm not an Elliottwave expert. I can only count the obvious waves, so I keep it simple and label then small, medium or large. Anyway, that's all I have for today. Hope some of you caught the move.