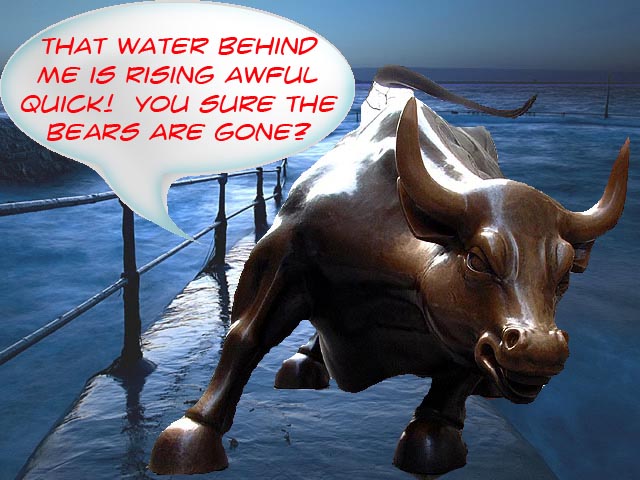 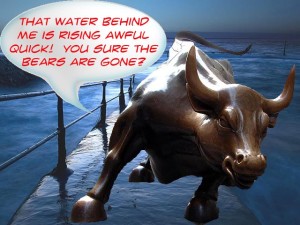 I love it when a plan works out... I had hoped for 1060 and it hit it perfectly! Tomorrow is the big turn date that everyone is talking about... but, which way is the bigger question? My money is on "Down", as this rally up today was just a back test of the broken triangle.

Tomorrow should be a consolation day. I'm expecting them to try to push upwards again but I believe the high is in for now. I already went short at 1060 today, and if you get so lucky to see it push up to that area again I'd jump on the short side as Thursday and Friday should start the down move.

Today's volume was up a little to about 200 million shares on the spy. That's better then yesterday and increasing as expected. By Thursday and Friday we should be at 200-250, or more? With the negative jobs numbers expected to come out that should push the market down hard. I'm looking at 995-1000 before a decent bounce. There will probably be intraday bounces at 1040 and 1020 on the way down, but those levels aren't that strong anymore as they have be broken once already.

Going forward I believe that the tide is shifting back to the bears. Do you remember during the Goldman Sachs rally from March to September, that they always seemed to know what the jobs numbers (or any numbers for that matter...) was before they were announced? It's no surprise to anyone that Goldman has an inside track to the Government. So, of course people listened to them when they spoke. After all, they're practically the Government!

Do you also remember how they seemed to leak out information at critical times... just before the market was ready to tank. I have to give them credit for that, as they are great at this game of chess. It was perfectly timed to release little bits of information out so that the market would react slowly to each bit.

It was a game of illusions, just like a great magician keeps the audience focused on one thing in order to distract you from looking at something else. Goldman did the exact same thing last week by changing their forecast from 200k to 250k jobs lost. They did this on a huge down day (Thursday) so that when the numbers really came out the market would have already factored those numbers in and didn't continuing crashing.

Instead, the market had a slight down day on Friday, as all the bad new had already been known. But, here is where the tide is shifting. Before, when Goldman leaked out bad umbers, they could beat those high jobs numbers with slightly less bad numbers. You remember... they would come out an say that the number of job losses would be 300k and then actual numbers would 260k. Of course the market would rally, looking at the numbers better then expected.

Now, look at today.... What happened lasted Thursday? Goldman raised their forecast from 200k to 250k, and the actual released numbers were worst! They were 264k! That my friends... is a change in the tide! Will the Bulls escape? Or will the rising tide behind drown them? I hope they can swim!

I'm short and will remain short until 995-1000 area, at which time I will get out as I expect a bounce on the first hit of that major support area. Time expected... 2-5 days.