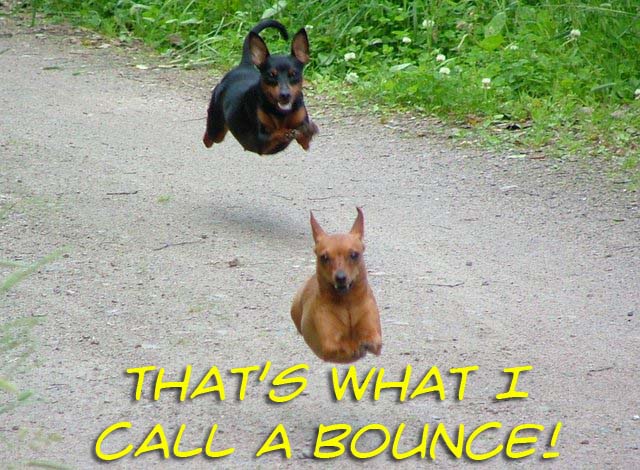 Wow... when I said I expected a bounce, I didn't think it would all happen in one day!  That was a pretty big move, but it happened on light volume.  Again, under 200 million shares traded (spy) equals an up market.  Looks like we might be on our way to about 107.30 to 107.65 (spy) before the selling continues.

So, I'm looking for a flat to up day for Friday.  Remember, Friday's and Monday's are usually very light volume days.  That means the markets should float higher.  Of course if we have some good volume the market could continue the downward move.  But, I think a few days of rest is good for Mr. Bear, before he starts attacking those Bulls again.

I'm thinking that Monday could be the high, before a drop resumes toward the major support at 104 again.  However, I believe it will fail this time, and the next level at 102 will be the next destination before another rally will occur.  Now, if 102 doesn't hold, then we are going to 99.80 - 100 in a big hurry.

We should definitely bounce there as that hasn't been hit in quite awhile.  I give it an 80% chance of a large bounce.  That means at least a 50% fib. level move back up.  (That's from the current high at 110.31).  So, just take the weekend off, and be ready to go short again on Monday, or Tuesday at the latest.

I almost most forgot... this is a holiday weekend.  The markets aren't closed, but many traders will go ahead and leave early for Halloween.  So, that's just one more reason for the market to have light volume Friday, and also Monday.  Which means... say it with me now!  Light volume equals an UP market.