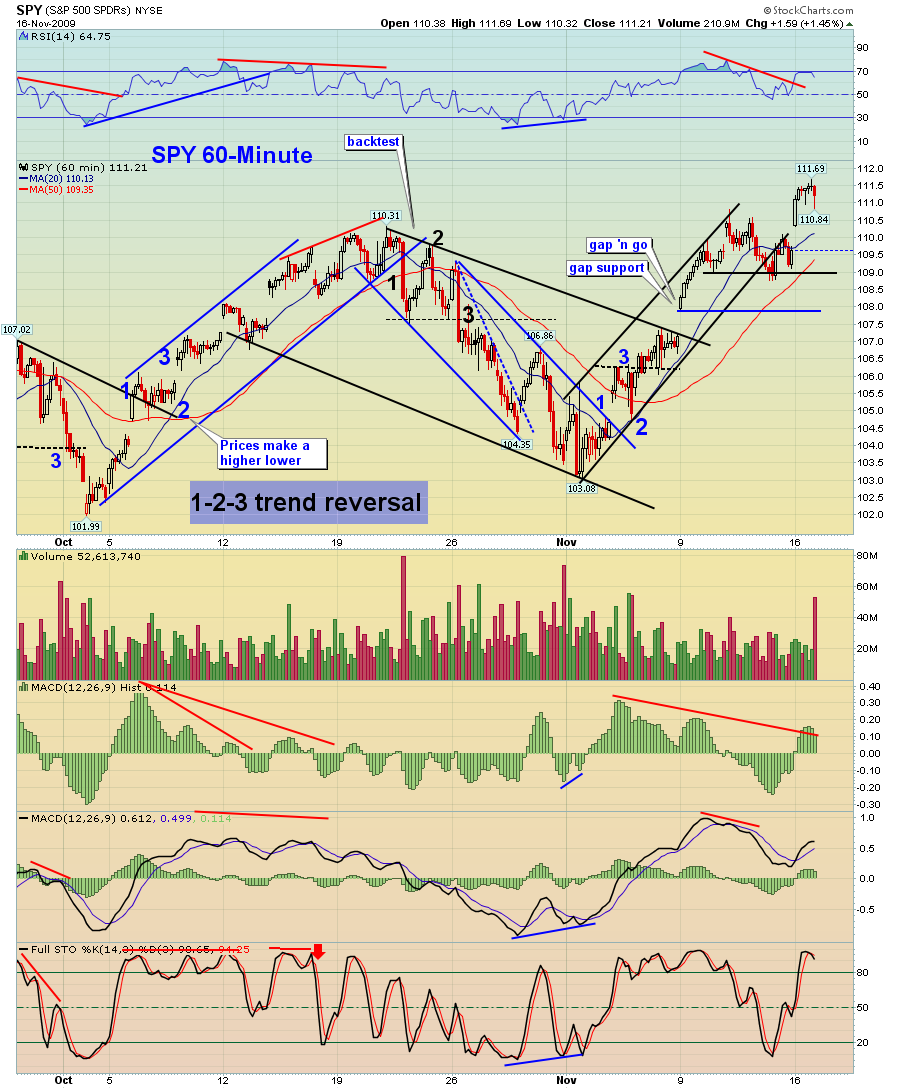 The market finally filled the gap from October, 2008 today!  Now What?  It's funny as I posted on my weekend post that the market would have to Gap UP on Monday to cross the huge resistance level between 109.62 to 110.34, and what did it gap open at... 110.38!  How's that for avoiding that mine field?  Just jump over it instead.

Ok, now that the gap is filled... where's the market going next?  I think they are going up to the next resistance level at 112.30 to 112.50 (spy) by the end of the week, but a small retracement could happen tomorrow as the 6o minute charts are rolling over.

The chart above is from "The Chart Pattern Trader".  You can check my blog roll for his links.  Notice the big sell volume into the close.  If it wasn't for that last red candle the spy would have traded less then 200 million shares today.  Which of course means an UP day.  That last candle pushed it to 210.9 million... just a little over.  However, the rule is still pretty accurate... over 200 million equals a down day, and under 200 means an up day.

Let's also look at the chart below from "The Elliottwave Lives On", (again the link is found on my blog roll under Tony Caldaro).  Notice how this up move from the 1029.38 low is almost complete with the final 5th wave still in play, or possibly ended today? 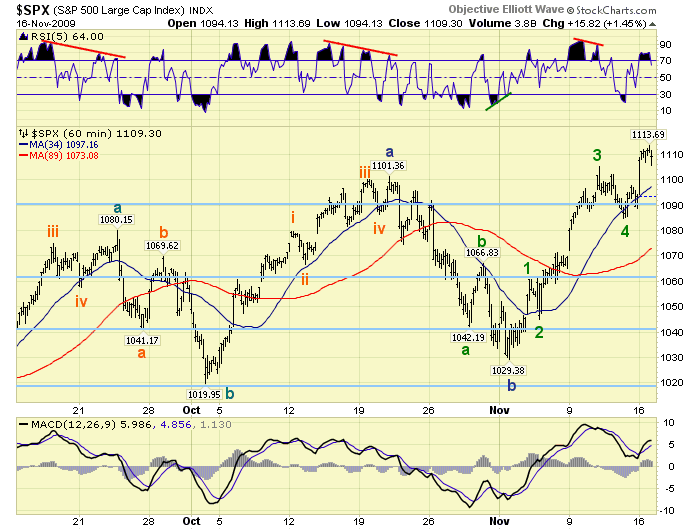 So, if you are stuck in any short positions, tomorrow might be your best chance to get out without too much pain.  I'm not sure how low we dip tomorrow, but looking at the charts would indicate the first logical target of around 1096 to fill the gap open from today.  Next would be the 1090 level, but I'm not sure if it will go that low?  After that is the 1076-1080 area for the gap from the 9th.  I really doubt that we go that low during OPX, but anything is possible.

Next week though is a different story.  Over the next couple of weeks... starting next week, or possible at this Friday's close, I believe we will go down to the 1030-1040 area before any decent bounce back.  From there... I don't know yet.  Let's wait till we get closer before answering that question.