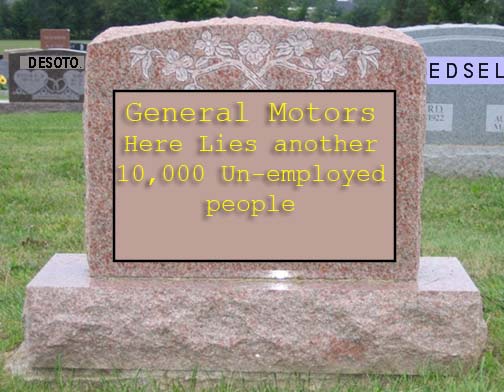 The market remained strong today even with more bad news.  It's seems hell bent on going up, and nothing is going to stop it.. it seems.  Next target up, and hopefully the final target before a decent size pullback, is at the 112.30-112.50 spy area.  Since today was basically a flat consolidation day, I'd expect the big up move to happen tomorrow... if it's going to happen this week?

If so, then I'd expect Thursday and Friday to remain flat as traders leave early for the weekend.  Most Thursday's and Friday's of OPX week are flat, as everyone closes out their positions by Wednesday.  Regardless, if the market hit's it target by this Friday, then some selling should happen next week.

So, my forecast for tomorrow... up again, with a some whipsaw action if the news out tomorrow morning on housing starts and oil inventory is really bad.  If it's ok, then expect the rally to continue as the bulls snort more crack, while GM talks about cutting 10,000 more jobs.  The stock market and the real world are so disconnected it's mind blowing!

It's not a rule set in stone of course, but it's been a pretty accurate gauge of what way the market is going to trade.  Add in your TA's, Elliottwave, Fib Level's, etc... and couple that with what news events are coming out, and you can predict the market direction.  Of course it's not perfect, but nothing is.

So, I'm forecasting that tomorrow's news won't bring in that much volume in the spy.  I expect under 200 million shares again, or maybe a little over.  Now, if we have over 250 million shares traded tomorrow, then I'd would say that it would be a down day.  Why you ask?  It's mainly because the big institutions are now selling into the rally, with every move up.

They wait for a certain point, and unload a large amount to the public.  That causes the large volume in the market.  Then, they wait for the market to fall to a major support level and start buying to create a short squeeze.  The bears that shorted the market will have to buy back their shares at a higher price, and the market rallies back up again on the retail trader's money.

It doesn't take much money from the big institutions to get the rally started, as the people who are short are the one's who end up losing money again.  Then, the big guys sell hard again dumping lots of shares into the market at higher prices, creating larger volume on those days then the up days.  The market can rally up easily on light volume, as no one is selling.  So, it just goes up without any resistance.

Now, one more factor that is also a huge, and I mean HUGE contributor in helping the market to rise is the dollar.  Every time the market seems ready to fall, as the buying by the little guys drys up... (the retail traders like us), they tank the dollar.

That means that US companies that sell products and services to other countries in the world, are a now making more profit.  At least it seems that way on paper.  You see, if you sell a product in another country that has a different currency, then you would get more US Dollars for each of their dollars as the US Dollar is worth less compared to their dollar.

So, it looks like you made more money, but in reality it's the same money.  Just that now each US Dollar is worth less, it will take more of the them to purchase other goods and services.  Why do we now pay $4.00 for a gallon of milk today, when our Grandfather's paid $.50 cents or less?  It's the same milk, but why does it cost money?  It's called inflation!

And, as long as Obama keeps the printing press going you can expect that gallon of milk to go up to $10.00 or more in the not so distant future.  But, for now, the printing of money keeps the ponzi scheme in the stock market working.  Dump the dollar, and the market rallies.... it's just that simple, at least for awhile longer.