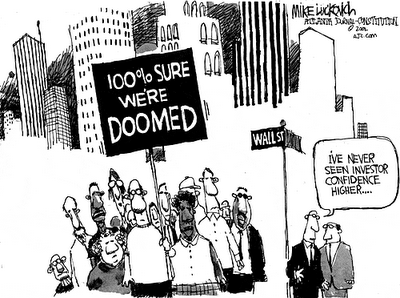 I honestly don't know which way the market is going tomorrow?  I expected the move up to the 1120 area today, but the negative news on housing, PPI, CPI, and oil didn't give the market any fuel to rally.  Tomorrow the unemployment numbers are out, so maybe it will rally on the false data that the government releases?

There is clearly a bull flag pattern on the daily and 60 minute charts for the SPX.  We should break out to the upside to finally hit that target of 112.30-112.50 spy, but the news is what could cause it to fail?  People say the the news doesn't matter, but I disagree.

The new is what moves the market in the direction that the charts forecast it should go.  So, if the charts are bullish, then the market will move in that direction once it receives some news that can be viewed as positive.  It hasn't received any news in the last 2 days, that can be interpreted as good.

During this time the market simply goes sideways, not wanting to go down because the charts are still bullish.  But, it can't find the fuel it needs to move up either... hence it moves sideways while it waits for the right news to make a big move up.

Now, here's the exception to the rule... if the market can't find what it needs in a reasonable about of time, then it gives up and makes a hard move in the opposite direction, (which is down).  I think that tomorrow the jobs numbers will be spun into looking good.  It will then give the market the fuel needed to finish the rally up.

This works the opposite way too.  When the market really wants to go down, because of a bearish pattern... it will.  It just has to wait until some news event can be viewed as negative.  Of course everything is negative right now, but a year or two ago it was all positive.

Back then, you had very high expectations on earnings.  So, if a company missed by just a little bit, and their chart was bearish... it tanked.  Today, the same company with horrible earnings, could be viewed as positive if the chart was bullish.  So, if the earnings that were released were only slight negative, and it had a bullish chart, the stock would rally.

In reality, it's not about beating earnings, or jobs numbers... or any news events.  But, it's about how the market views the news.  It will remain in a sideways pattern until it gets the news it wants to hear, so that the bullish (or bearish) pattern can be completed.

So, if you were to ask me if the news mattered... I'd say yes.  But, only to the degree that the bullish or bearish patterns want to hear.  The news can sometimes cause a pattern to fail.  If the news tomorrow and Friday isn't good enough for the market, then it could simply give up and sell off... only to try to rally back up next week.