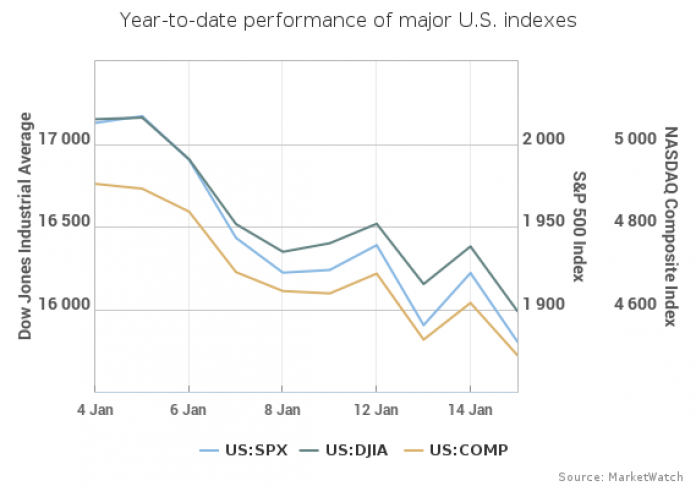 While a stock market selloff and a recession have gone hand in hand in the past, investors would be wise to not automatically assume the two are joined at the hip.

That’s the latest wisdom from A Wealth of Common Sense blogger Ben Carlson, who tackled the “recession watch” that has started to grip many investors on the heels of the worst start for U.S. stocks in history. For 2015 so far, the Dow industrials DJIA, -2.39% and S&P 500 index SPX, -2.16%  are down at least 8%, and the Nasdaq Composite Index COMP, -2.74% has shed more than 10%.

He himself doesn’t see a recession on the cards, noting that “we don’t generally go into a recession until excesses have built up in the system. It’s the old adage that you can’t kill yourself jumping off of a 2-foot ledge.”

As for the solidity of that relationship, he says pullbacks for stocks have also occurred without an accompanying recession. “Double-digit losses and even bear markets can certainly occur without a big economic downturn,” said Carlson, who notes that that’s been the case around one out of every five years since the late 1930s.

His chart shows the number of double-digit declines the S&P 500 has seen that haven’t come with a recession:

Now, just to keep you from weeping in your beers too copiously, Carlson has also charted what the markets have done five and 10 years after those no-recession double-digit drops for stocks — such as a 103% bounce for the S&P 500, five years after melting down in 2010: