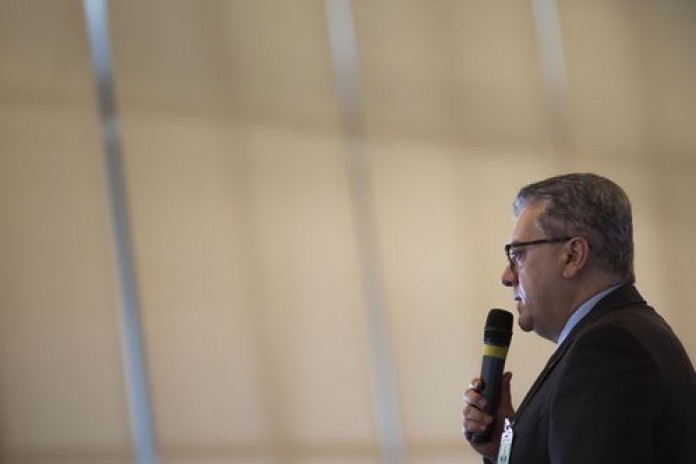 As the stock and commodities markets continue trying to make paupers of energy investors everywhere, many investors are undoubtedly unnerved by the volatility. Yet for all of the sound and fury of the markets, many oil companies from Exxon to Devon actually remain in relatively good shape even if this quarter’s earnings will be pretty rough.

That is not universally the case though – some firms are actually very risky and in the current market investors would be wise to stay away. One such example is Petrobras. The Brazilian oil giant may be the riskiest oil major in the world right now.

Petrobras faces a variety of problems that will likely hold the company back for years and keep risk averse investors away from the story. First the company has a massive debt load – more than $125B in total. The past decade has been a relatively good time for companies to hold debt as funding costs were low and bond investors were willing to snap up virtually any new offering.

That is starting to change. With the U.S. Fed raising interest rates, capital costs around the world are likely to start slowly rising. Furthermore, investors are now starting to become more wary of bonds and concerned about defaults in the future. This volatility led PBR to cancel a recent offering, for instance.

For PBR this means major problems. The company’s equity is only worth about $20B at present, and without the debt market, it’s unclear how Petrobras can fund any sort of significant expansion in the future.

Unfortunately for PBR investors, they actually have relatively little clout with the company, which is the second problem with the stock. Petrobras is very closely monitored by the Brazilian government and Brazilian President Rousseff is more than willing to intervene in company affairs. For instance, Rousseff chose the current CEO of the company after management turnover following last year’s corruption scandal. Add to this interventionist view, the powerful unions that Petrobras must also deal with, and it’s little wonder that shareholders cannot successfully agitate for much of a change in the firm’s policies.

Petrobras’ stock is trading around $3 a share at this point but even that price may be too rich given the problems facing the company. The final issue that Petrobras is dealing with is the same one facing all oil companies – the low price of oil. In PBR’s case though, the firm is heavily dependent on the offshore arena, and this is a particularly costly type of production. PBR is closely involved with offshore driller Ensco, and while ESV is a top quality outfit, offshore drilling is one of the least attractive production methods in the current environment.

The truth is that Petrobras faces a Herculean task in turning around the company. The corruption scandal suggested that the company has deep ethical issues that cannot be solved overnight, and the financial leverage and company oversight issues are problems that have been ingrained for years if not decades.

Much of the reason that PBR’s stock still has as much value as it does is because investors are assuming that the company will be bailed out by Brazil if it’s problems become too severe. It’s not clear if such a bailout is even a realistic option though given Brazil’s own problems.

Even if such a bailout were to occur, investors should be careful what they wish for – virtually none of the major bailouts in the financial crisis ended well for shareholders who usually found themselves diluted out of existence or with their stock outright cancelled. With that in mind, it is just possible that Petrobras’ ADRs may in fact be the riskiest oil stock in the world.

OilPrice.com is a USA TODAY content partner offering oil and energy news and commentary. Its content is produced independently of USA TODAY.