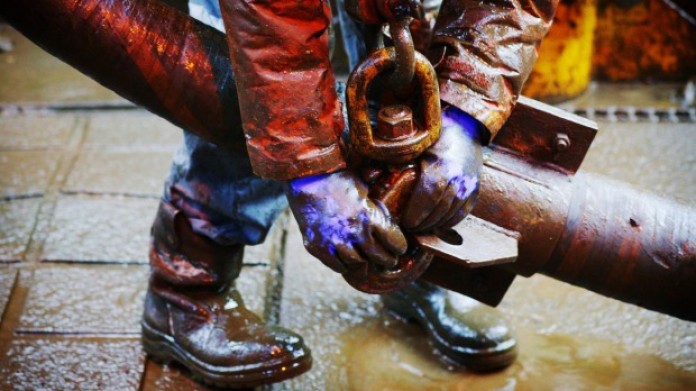 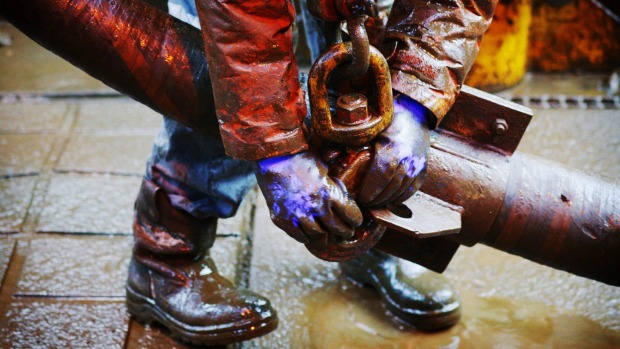 Australian shares closed over the 5000-mark for the first time since January 7, after a surge in oil prices was fuelled by talk of more European monetary stimulus coupled with a weather-driven surge in demand for heating oil in the United States.

Oil prices jumped 10 per cent on Friday, one of the biggest daily rallies ever, helped push global markets higher as bearish traders who had taken out record short positions scrambled to close them, betting the market's long rout may finally be over.

The strong overseas leads helped propel the benchmark S&P/ASX200 index 1.8 per cent higher to 5006.6 while the broader All Ordinaries closed 1.7 per cent up at 5057.1, the third straight day of gains for both indices.

A massive snowstorm on the US East Coast sent US heating oil up more than 10 per cent, helping to fuel a 15 per cent gain in crude prices over two days that has reversed nearly half of the relentless, fund-driven selloff that had pushed crude below $US30 a barrel for the first time in 12 years.

ECB chief Mario Draghi's announcement last week that the ECB may look into further easing measures at their meeting in March also helped to spark the major two-day rally in oil.

But the ECB has form in overpromising and under delivering, said BetaShares economist David Bassanese.

"Late last year ECB President "Super" Mario Draghi hinted that he might unleash even more quantitative easing in view of continued downside risks to European inflation. It got markets excited for a time, but he then failed to produce the bazooka markets were hoping for in December, which led markets to sink again.

"Draghi is at it again.  Last Thursday – after doing nothing at the latest ECB policy meeting – he hinted the Bank would look again at policy "and possibly reconsider our monetary policy stance at our next meeting in early March."

Investors will look for any hints of when the Fed intends to make a second interest rate hike, while there is speculation that the BoJ could opt to take additional easing measures.

IG Market analyst Angus Nicholson said that despite the good rally, the gains could be reversed.

"The ASX hasn't managed a close above 5000 since 7 January, and while the rally has been very strong...there has been no major change in fundamentals to support the rally, and the concern is if and when it fizzles out, markets could even drop below their recent lows," he said.

"These concerns are likely holding back a lot of "bottom-pickers". The rally in oil has the least fundamental support, and the huge bounce we've seen in prices could well be reversed by another EIA oil inventories miss this week."