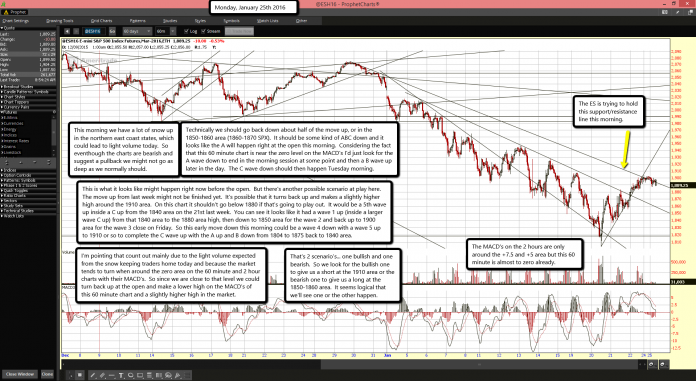 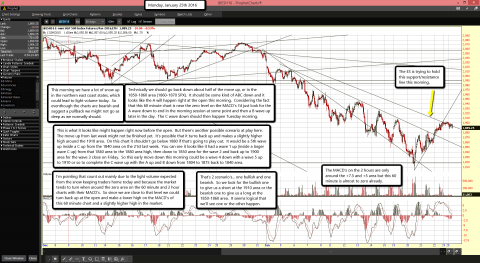 The ES is trying to hold this support/resistance line this morning.

This morning we have a lot of snow up in the northern east coast states, which could lead to light volume today.  So even-though the charts are bearish and suggest a pullback we might not go as deep as we normally should.

Technically we should go back down about half of the move up, or in the 1850-1860 area (1860-1870 SPX).  It should be some kind of ABC down and it looks like the A will happen right at the open this morning.  Considering the fact that this 60 minute chart is near the zero level on the MACD's I'd just look for the A wave down to end in the morning session at some point and then a B wave up later in the day.  The C wave down should then happen Tuesday morning.

I'm pointing that count out mainly due to the light volume expected from the snow keeping traders home today and because the market tends to turn when around the zero area on the 60 minute and 2 hour charts with their MACD's.  So since we are close to that level we could turn back up at the open and make a lower high on the MACD's of this 60 minute chart and a slightly higher high in the market.