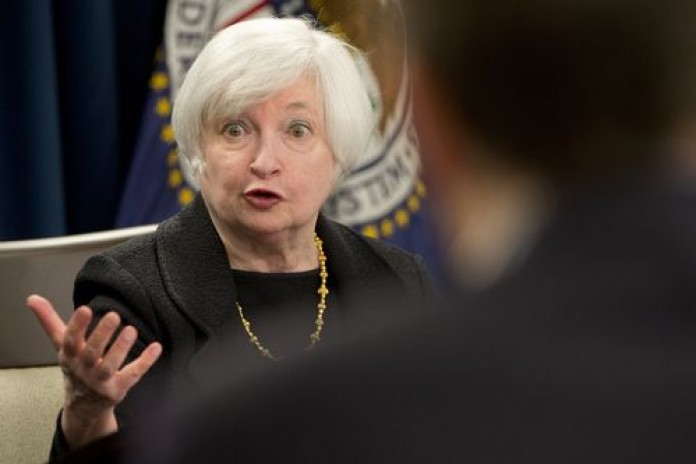 Volatile stock and oil markets have some investment strategists looking for the Federal Reserve to step in with a balm Wednesday by signaling more modest rate hikes this year than it had previously planned.

But economists say the Fed is likely to acknowledge the recent global and market turbulence without indicating a change in course, especially with the U.S. labor market continuing to turn in blockbuster job growth.

“They don’t want to tip their hand one way or another because they don’t know,” says Michael Gapen, chief U.S. economist of Barclays and a former Fed staffer.

Futures markets are giving virtually no chance the Fed will raise its benchmark interest rate after a two-day meeting that began Tuesday, but analysts will be scouring its post-meeting statement for clues on the future path of rate increases.

Last month, the central bank lifted its federal funds rate by ¼ percentage point, its first hike in nearly a decade, and projected it will continue to raise rates gradually, by another percentage point this year. Fed policymakers attributed the relatively gentle approach to persistently low inflation, weakness overseas and lingering, postrecession headwinds to growth.

Economists figured that rough blueprint called for the next ¼ point rate increase in March, with three more similar hikes in 2016.

So far this year, however, the news on China’s economic slowdown has gotten only more dire, oil prices have tumbled further on fears of weakening global demand, and stocks are down about 6%, even after a rally that began last week. The dollar, meanwhile, has continued to strengthen, a development that could further hamper exports and economic growth while pushing down inflation.

By impeding growth, business investment and hiring, Morgan Stanley reckons, these developments already have had the effect of four rate hikes. The Fed raises rates to cool off an accelerating economy that poses the risk of excessive inflation.

Noting that some Fed policymakers viewed the December rate increase as a close call, “the bar for an additional hike in March seems insurmountable now,” Morgan Stanley wrote in a research note.

Money Manager Patrick Adams of Choice Investment Group wrote to clients that the Fed on Wednesday “should have some serious back-peddling regarding the outlook for the economy and expected interest rate increases.”

But while Morgan Stanley agrees that a March move is now unlikely, it adds that “it is too early (for the Fed) to admit defeat.”

Gapen is more bullish. He still believes the Fed will hoist rates again in March as the healthy job market more than offsets a weak global economy, strong dollar and falling oil prices, which have hammered manufacturers and business investment.

Employers have added an average 284,000 jobs a month since October, and many economists believe the falling unemployment rate -- now a near-normal 5% -- will soon spur faster wage growth and inflation. Consumer spending, which accounts for 70% of economic activity, also has picked up this year, notwithstanding a recent dip.

Gapen expects the government to report Friday that the economy grew a meager 0.5% at annual rate in the fourth quarter, but he predicts a rebound to 2.5% growth in the current quarter.

How will the Fed convey the wait-and-see message that many economists anticipate?

Goldman Sachs’s David Mericle believes Fed policymakers will acknowledge the new economic minefields by noting they’re “monitoring global economic and financial developments.” He predicts the Fed will add that risks to its outlook are now “nearly balanced” instead of “balanced.”Such language also “avoids shutting the door to a March hike,” he wrote in a research note.

Economists also expect the Fed to tone down its previous assessment of the economy while keeping its upbeat view of the labor market.

Although some analysts believe a gloomier statement could goose stocks by suggesting more gradual rate increases, Gapen says it could have the opposite effect by raising fears of a weakening economy. That’s what happened in September, he notes, when the Fed put off its first rate hike amid troubles overseas and in financial markets.