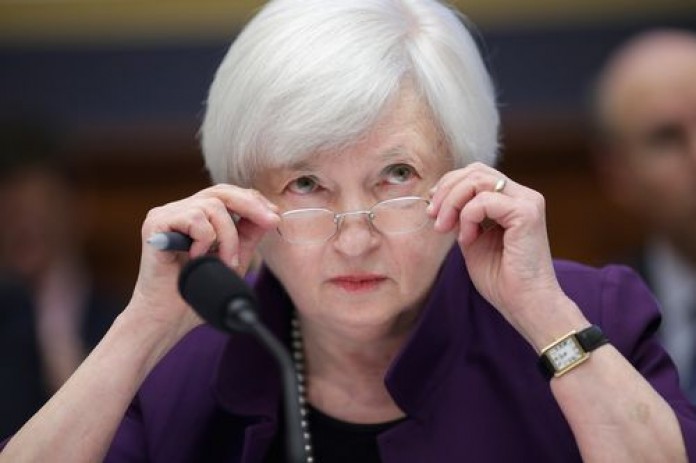 When the Federal Reserve breaks from its two-day meeting today at 2 p.m. ET, one Wall Street pro is hoping the Fed’s policy statement walks back Jan. 6 comments from Fed vice chairman Stanley Fischer suggesting that four interest rate hikes this year from the U.S. central bank was still “in the ballpark.”

Four rate hikes may simply be too aggressive given the rough start to 2016. Ahead of the Fed's decision later today, the Dow Jones industrial average was down about 135 points Wednesday in early trading. the 30-stock blue chip stock gauge was dragged down by a 4.5% drop in shares of Dow component, Apple (AAPL), which reported slower quarterly iPhone sales last night in its quarterly earnings report, and a nearly 9% plunge in shares of Boeing (BA), which topped quarterly profit expectations but lowered its full-year profit and revenue guidance.

Indeed, with the U.S. stock market off to one of its worst starts in history, oil prices wildly volatile, China fears still reverberating and growth worries on the rise, Wall Street is seriously second-guessing whether now really is the right time for the Fed to hike rates at the pace it has hinted at since mid-December when it raised short-term rates for the first time since 2006.

Phil Orlando, chief investment strategist at Federated Investors, says there is now a “zero chance” the Fed will tighten four times in 2016. He and the rest of Wall Street expect no change in short-term rates, currently pegged at 0.25% to 0.50%, today.

He believes Wednesday’s policy statement from the Fed is the time to let markets know they acknowledge the fresh headwinds and that they will adjust policy accordingly.

“We believe (Fed Chair Janet) Yellen has to use the policy statement to try to reset expectations on Fischer’s comments, which were bearish for markets,” Orlando told USA TODAY.

Orlando says the Yellen-led Fed, as it did last fall when it opted not to hike rates due to international turbulence and market volatility, should send a similar message today, and state it would be “inappropriate for the Fed to be aggressive in raising rates” until the outlook improves, he adds.

“I believe the Fed will take a more cautious, dovish, data-dependent approach to the rate cycle for the course of the year,” Orlando says.