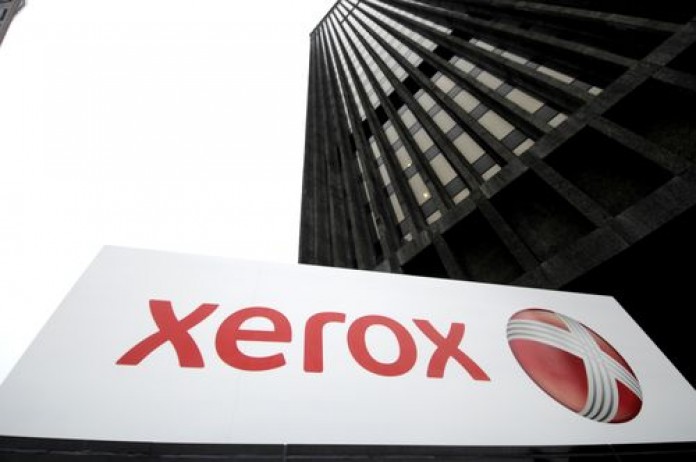 The transaction is expected to be complete by the end of the year. Xerox also announced a three-year restructuring program expected to save $2.4 billion.

“Today Xerox is taking further affirmative steps to drive shareholder value by announcing it will separate into two strong, independent, publicly traded companies,” said Chairman and CEO Ursula Burns in a statement. “These two companies will be well positioned to lead in their respective rapidly evolving markets and capitalize on the opportunities that now exist to expand margins and increase market share.”

Billionaire investor Carl Icahn will get to select three members on the board of the business services company. Two of the other six can come from the current Xerox board. Icahn can also select someone to observe and advise the search for a CEO of that company.

“We are pleased to have reached an agreement with Mr. Icahn that ensures that we will have strong leadership and best-in-class governance for the new Business Process Outsourcing company that will be created by our separation plan,” Burns said.

Icahn announced in November that he had acquired a 8.1% stake in Xerox, saying that shares of the company were "undervalued." The move made Icahn the second-largest shareholder in Xerox and came about a month after Xerox posted a third quarter net loss of $34 million net loss, compared to $266 million in profit during the same quarter in 2014.

“We applaud Ursula Burns and Xerox’s Board of Directors for recognizing the importance of separating Xerox into two publicly-traded companies," Icahn said in a statement included in the announcement. "We strongly believe that an independent (business process outsourcing) company with fresh, focused leadership and best-in-class corporate governance will greatly enhance shareholder value, and we are proud to be a part of that process.”

Xerox had begun a structural review of its operations in October, Burns said. Icahn did not speak to the company until after it had begun that review, she said. "We are happy he is in agreement with it, but he did not drive it," she told CNBC Friday morning after the announcement of the transaction.

After the split, the two Xerox companies will be "more flexible, more responsive and essentially more fit and focused for the markets that we are attacking," Burns said.

Xerox announced fourth-quarter adjusted earnings of 32 cents per share, which beat expectations of 28 cents per share, based on S&P Capital IQ Consensus Estimates. Revenue of $4.7 billion fell short of $4.74 million analysts expected. Xerox increased its dividend 7 cents to $7.75 per share.

The move by Xerox is similar to that taken recently by larger competitor HP, which in November 2015 also split into two companies: Hewlett Packard Enterprise (HPE), which sells hardware such as servers for data centers, and HP Inc., which sells PCs and printers.

The split essentially would unravel the company's purchase of Affiliated Computer Services Inc. in 2010 for $5.6 billion. The company, which was born from the old Haloid Co. in Rochester, employs more than 130,000 worldwide.