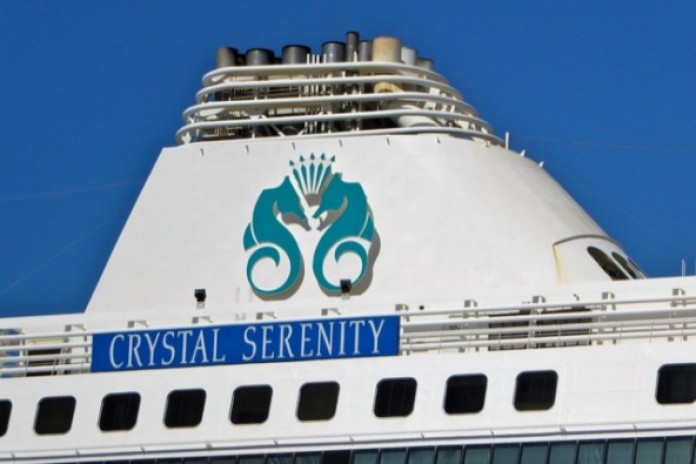 After 47 years, the impossible dream may finally be realized for a retired American icon. Will she sail again?

When the SS United States Conservancy announced that there were new plans for the salvation of the SS United States, most understandably assumed that meant in some sort of static form as a casino, hotel or even an office space/floating storage unit. For most, just seeing the ship get a second chance at life again was enough. But this morning, hope arises once more that the historic liner will actually sail again. 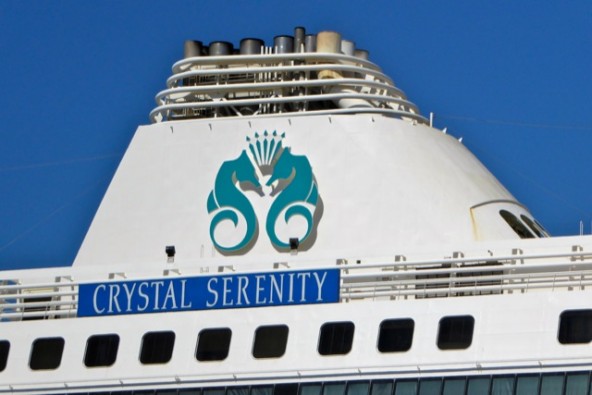 Indeed, there was a cryptic message from a friend aboard the CRYSTAL SERENITY last night leaking the news but now it is official: Crystal Cruises has announced that it intends to “Save The SS UNITED STATES”!

Why does this make sense? Over a decade ago, there were many studies done to attest whether the ship could be re-purposed for cruising under the NCL banner. At that time, the ship’s then-owner, Norwegian Cruise Line, was a subsidiary of Genting-owned Star Cruises, whose chairman Tam Sri Lim Kok Thai was especially keen on the project. Now that Genting owns Crystal, the dream is alive again and yet more feasible especially since Genting also owns the Lloyd Werft shipyard in Bremerhaven.

After being “dormant” for years, Crystal is already in the midst of an unprecedented expansion under Genting with a luxury airline, a new “yacht” cruise ship, a deluxe river cruise line and two giant Polar-class luxury cruise newbuilds on its plate. The SS UNITED STATES’ revival would actually add a completely new facet to the company in that the ship was built in the U.S. and could operate between U.S. ports to comply with the Jones Act.

The return of the ship to active cruising is not set in stone. But for now, there is hope as Crystal covers the ship’s $60,000 per month mooring fees in Philadelphia to conduct a new feasibility study. If all goes as intended, a few purists will have their field day as the SS UNITED STATES will not re-emerge as the same ship but as a vastly rebuilt, modern cruise ship that accommodates a mere 800 guests. According to the press release, “She will boast 400 suites measuring approximately 350-square-feet with dining, entertainment, spa and other luxury guest amenities that are true to the ship’s storied history. Features of the original SS United States such as the Promenade and Navajo Lounge will be retained, while new engines and sophisticated marine technology will be installed to maintain her title as the fastest cruise vessel in the world.” 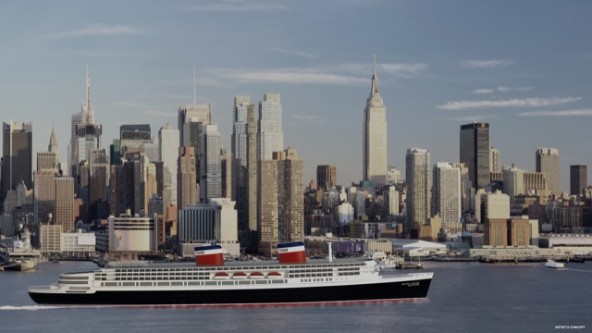 Proposed itineraries for the SS UNITED STATES would include transatlantic voyages and cruises from key U.S. ports as well as world cruises.

“Crystal’s ambitious vision for the SS United States will ensure our nation’s flagship is once again a global ambassador for the highest standards of American innovation, quality and design,” said Susan Gibbs, executive director of the SS United States Conservancy and granddaughter of the ship’s designer, William Francis Gibbs. “We are thrilled that the SS United States is now poised to make a triumphant return to sea and that the ship’s historical legacy will continue to intrigue and inspire a new generation.”

“The prospect of revitalizing the SS United States and reestablishing her as ‘America’s Flagship’ once again is a thrilling one. It will be a very challenging undertaking, but we are determined to apply the dedication and innovation that has always been the ship’s hallmark,” says Crystal President and CEO Edie Rodriguez. “We are honored to work with the SS United States Conservancy and government agencies in exploring the technical feasibility study so we can ultimately embark on the journey of transforming her into a sophisticated luxury cruise liner for the modern era.”

Adds Rodriguez: “It is truly a privilege for the world’s most awarded luxury cruise line to be entrusted with the opportunity of restoring a ship that served as a symbol of patriotism and maritime supremacy and bring her into the modern day, while also giving guests a taste of a bygone era of luxury travel.”

Crystal has appointed retired U.S. Coast Guard Rear Admiral Tim Sullivan to head the project. According to the press release, “With 36 years of active service, Admiral Sullivan has extensive experience in ship operations as a Commanding Officer of numerous Coast Guard cutters, and over the years has engaged in high level of interaction with a myriad of U.S. government agencies and international regulatory entities.”

“Tim’s integrity and leadership will help ensure the feasibility study is conducted with appropriately wide consultation, and rigorous adherence to both safety and environmental awareness,” said Rodriguez.

Meanwhile, according to the press release, “The Conservancy will continue to expand its curatorial and archival collections as it advances its mission of educating the public about the SS United States’ history. The organization will work with Crystal to establish shipboard displays and other educational programs. Planning is also underway for a land-based museum dedicated to preserving the legacy of America’s Flagship along with broader design, innovation, and discovery themes. The museum will feature a wide range of original artifacts and historic components from the ship’s heyday.”

By coincidence, MaritimeMatters’ Co-Editor Peter Knego has just disembarked Crystal Cruises’ award-winning, deluxe CRYSTAL SERENITY and is in the midst of posting reports from the voyage, a seventeen night Miami to Los Angeles transcanal sailing.