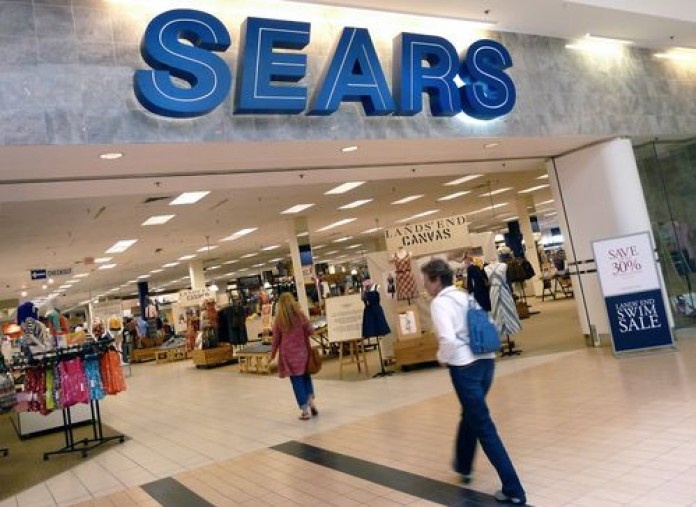 Sears plans to speed its store closings nationally and shed assets to try to turn around the company, the retailer said Tuesday, after reporting that fourth-quarter holiday season sales will fall short of expectations.

In Michigan, two stores slated to be shuttered -- a Sears in Ft. Gratiot Township and a Kmart in Ironwood -- remain on track to close in mid-March and mid-April, respectively.

Sears estimated sales at stores open at least a year fell 7.1% in the quarter the quarter that ended Jan. 30 at Sears and Kmart stores in the United States, as the company's apparel business was a drag on store performance.

As a result of its falling sales, Sears said it plans to accelerate 50 planned closures of unprofitable stores this year and look at other ways to cut costs by between $550 million and $650 million, including evaluating staffing levels.

Last month, the company confirmed that the Sears in the Thumb and the Kmart in the Upper Peninsula, will close as the struggling retailers tries to stay afloat by reducing costs. The nearly 100 people working in those two stores, which have started liquidation sales, are expected to lose their jobs.

Sears said it also will sell at least $300 million worth of additional assets in the first half of the year and is considering a sale of the Sears Auto Center business.

That will be on top of moves the company made last year to start selling off its significant real estate portfolio into a real estate investment trust in order to raise cash.

The Hoffman Estates, Ill.,-based retailer has been struggling for years to regain traction with customers, lured away by online retailers, more exciting apparel at brands such as Target and H&M and appliance deals at places like Lowe's and Home Depot. Its shares have lost roughly half their value in the past year.

The stock was down 4.4% in morning trading today.