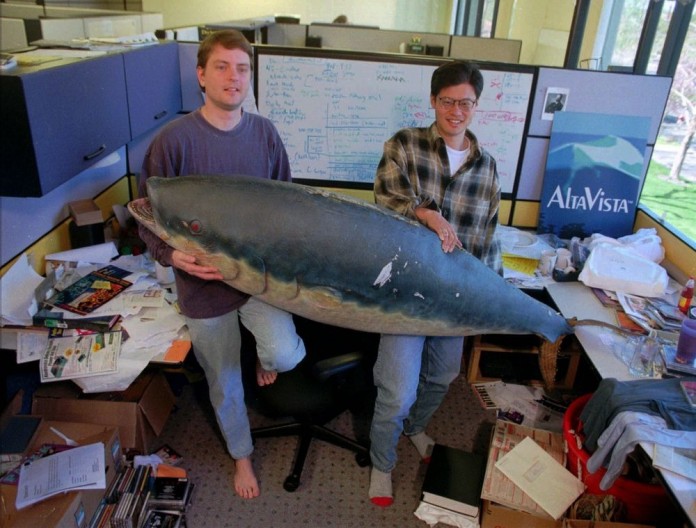 Yahoo has admitted what everyone already knew — the company is up for sale.

And to make sure it's taken seriously, Yahoo is bringing in outsiders to drum up interest.

The company announced on Friday the formation of "a Strategic Review Committee of independent directors" to explore "strategic alternatives." Put more plainly, Yahoo has hired bankers and lawyers to field offers that can be presented to the company's board of directors.

The moves come after a particularly dark time for Yahoo, marked by layoffs that are cutting around 15% of its workforce and include the shuttering of many of its content verticals such as food, health and travel.

Yahoo and its CEO Marissa Mayer have faced increasing pressure from activist investors to sell what has been referred to as its "core assets" but really just means its actual business.

Despite remaining a major and powerful web destination, driven by the power of its curated, news-focused homepage, Yahoo's core web advertising business suffered along with the rest of the media industry and efforts to grow into newer areas such as mobile and video have been middling.

The formation of an independent board is a step that could force the company to act if a buyer is found.

Meanwhile, Yahoo has held a sizable stake in Chinese e-commerce company Alibaba, something that made its stock very appealing as a way for U.S. investors to invest by proxy into the company before it went public.

Now that Alibaba is a publicly traded company, Yahoo has been pushed to figure out a way to sell its stake in a way that returns money to shareholders while avoiding a major tax hit. One way to do that is to sell Yahoo's core business to another company.

Maynard Webb, chairman of the board of Yahoo, said that the company is looking at this strategy, nothing it could be the best thing for Yahoo shareholders. Investors tepidly agreed, sending Yahoo shares up 1.7%.

"We believe that pursuing these complementary paths is in the best interests of our shareholders and will maximize value," Webb said in a press release.

Yahoo had previously announced in its most recent quarterly earnings release that it would be considering "strategic alternatives," which is code for selling to the highest bidder.

Friday's announcement comes after some doubt had been expressed over whether Yahoo's leaders had really been that interested in a sale.

SunTrust analyst Robert Peck on Thursday said in a note that some possible buyers had found little interest from Yahoo, "making them question the seriousness of the firm and management in seeking strategic alternatives."

That sluggishness has been attributed to Mayer, who has publicly and privately shown little interest in making a deal, according to Re/code.

In what could best be described as a bit of mixed messaging, Mayer said that the company would consider a sale but also continue to execute her plans

"As both shareholders and employees, all of us here at Yahoo want to return this iconic company to greatness," she said in the press release. "We can best achieve this by working with the committee to pursue various strategic alternatives while, in parallel, aggressively executing our strategic plan to strengthen our growth businesses and improve efficiency and profitability."

A sale of Yahoo would follow on the purchase of another big first-generation Internet company that had fallen from grace — AOL.

Helmed by CEO Tim Armstrong, who is friendly with Mayer, AOL had gone through something of a reinvention as a digital media company with a heavy emphasis on video.

Armstrong was able take a few acquisitions — most notably online video ad platform Adap.tv — and sell what had at one-time been a company on a steep decline for $4.4 billion to Verizon.