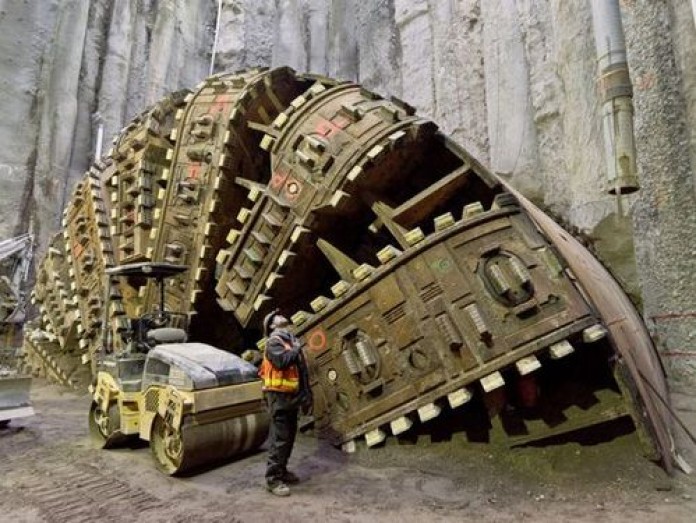 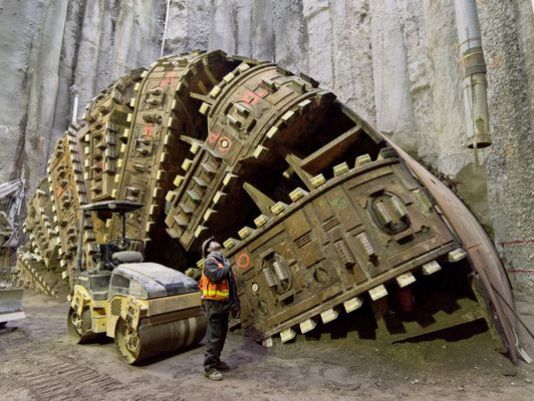 SEATTLE – Bertha, the machine boring the State Route 99 tunnel under Seattle, resumed tunneling Tuesday after being shut down for more than a month due to safety concerns.

WSDOT announced Seattle Tunnel Partners resumed digging after getting conditional permission to lift the “suspension for cause” that halted tunneling.

The state ordered STP to stop digging January 14 after a sinkhole formed behind Bertha. The hole was 35 feet long, 20 feet wide and 15 feet deep. Two days before that, a barge used to haul dirt from construction partially tipped, damaging a pier.

“As part of the conditions for lifting the suspension for cause, STP will be permitted to tunnel forward and install approximately 25 concrete tunnel rings. During this time, they must demonstrate that they have implemented a number of changes to ensure they can safely continue mining,” WSDOT said in a press release.

Barging activities will still be restricted for the time being and soil will be removed by truck.

WSDOT says the lifting of the suspension is conditional. Bertha will dig 160 feet. If the new requirements show that everything is working OK, Bertha will dig another 100 feet. That’s where there will be a final maintenance stop which could last several weeks.

After that, Bertha will dig beneath the Alaskan Way Viaduct. That stretch of highway will be closed for about two weeks during digging. The date of that closure has not yet been determined. From there, Bertha will be digging under downtown Seattle.

The contractor now has an opportunity to show progress during this test period, prior to tunneling under the viaduct and underneath Seattle,” said Gov. Jay Inslee.

Bertha spent two years idle underground while undergoing repairs. It resumed moving on Dec. 23, 2015, but was stopped less than a month later after the sinkhole and barge incidents.

The tunnel was originally scheduled to be open by now. Due to the two year hiatus, the tunnel is now expected to open in spring 2018. Much of the work on the north end, where the tunnel will exit, has continued during the shutdown.