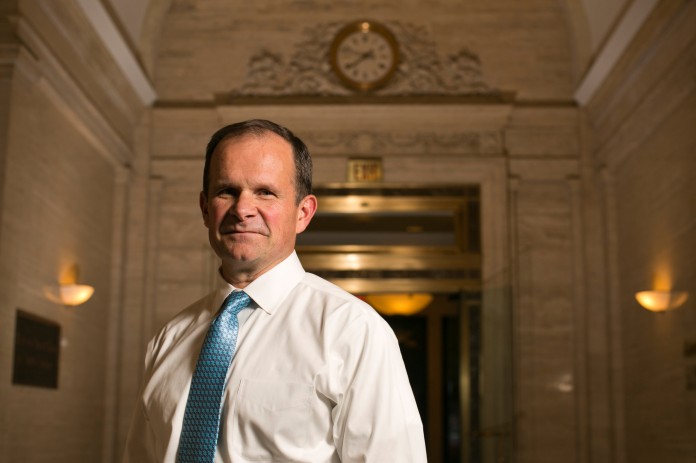 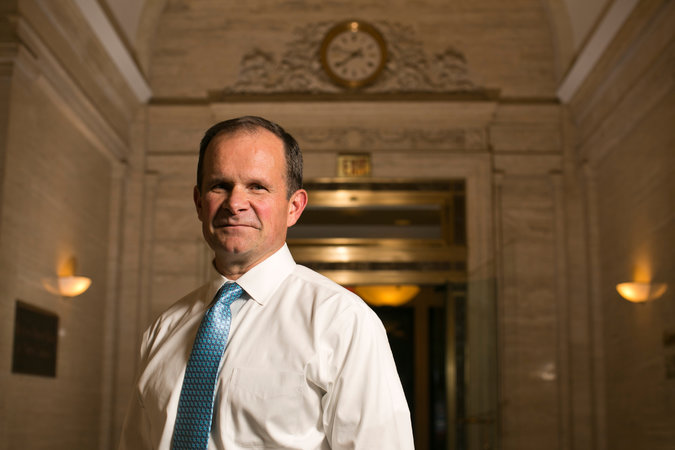 After taking over as the chief executive of Tribune Publishing in 2014, Jack Griffin withstood a string of controversies and criticisms and a decline in the company’s share price to about $7 from nearly $25.

The one thing he could not survive was a new investor who initially seemed like a potential savior.When Michael Ferro, a Chicago entrepreneur and the majority owner of The Chicago Sun-Times, took a $44 million stake in Tribune Publishing in early February, many there thought the move might give Mr. Griffin more cash to pursue acquisitions and more leverage to stave off potential takeover bids. At the time, Mr. Griffin described the investment as one that would help Tribune Publishing execute its strategic plan. The company owns The Chicago Tribune, The Los Angeles Times and The Hartford Courant, among other newspapers.

Less than three weeks later, Mr. Griffin has been abruptly replaced. The news, first reported by Politico, was announced in a filing with the Securities and Exchange Commission early Tuesday. Mr. Griffin will be succeeded by Justin C. Dearborn, the former chief executive of Merge Healthcare, and a close associate of Mr. Ferro.

In a subsequent statement, Mr. Griffin said he had laid the foundation for the future success of the company and that “the timing is right for a new leader to come on board and lead Tribune Publishing through its next phase of transformation.”

Mr. Griffin helped oversee Tribune Publishing’s spinoff from its own parent company, now called Tribune Media, after years of turmoil. But he has been criticized recently by, among others, current and former members of the staff, and by civic leaders in Los Angeles, for cost-cutting that they said endangered The Times and for the lack of a clear plan to turn around the company’s newspapers. They are struggling, as are many in the industry, as precipitous downturns in print advertising are not being made up by digital revenue.

In a memo to staff members on Tuesday, the company said that Mr. Dearborn believed “that Tribune Publishing has a significant opportunity to leverage technology to increase the value of our content and distribution channels.” Before his appointment, Mr. Dearborn accompanied Mr. Ferro to some Tribune Publishing meetings, according to a person briefed on the matter who spoke on the condition of anonymity.

Mr. Ferro, who also became board chairman upon making his investment, said in a statement, “The board thanks Jack Griffin for his significant contributions and wishes him the best of luck in his future endeavors.”

Robert Feder, who operates an independent website and has covered the news media in Chicago for decades, said it seemed clear that Mr. Ferro was “carrying out a strategy that he had planned from the beginning to take over the company.” Mr. Ferro, he said, was expected to make further executive changes, which could include “most of the people who were top executives around Griffin.” The plans, he said, could be unveiled early next month, around the time of the company’s earnings call.

Mr. Griffin’s departure represents the latest upheaval for Tribune Publishing’s newspapers. The Tribune Company, its corporate antecedent, was bought by the Chicago billionaire Sam Zell for $8.2 billion in 2008. Less than a year later, in the face of reports of erratic management, it tipped into bankruptcy, listing $7.6 billion in assets against a debt of $13 billion.

In 2014, after years of dealing with the bankruptcy and its fallout, the company spun its newspaper assets out into a separate company, Tribune Publishing, which it left with $350 million in debt. Mr. Griffin, who had consulted on the company’s spinoff, was appointed chief executive.

The Los Angeles Times, its flagship newspaper, responsible for the largest portion of the company’s revenue, has waged a continuing battle with its ownership through the years. Two former top editors — including Dean Baquet, now the executive editor of The New York Times — left after refusing to cut newsroom jobs. Despite their efforts, the newsroom, once staffed by 1,200 people, declined to about 500.

And late last year, Mr. Griffin fired Austin Beutner, the recently appointed publisher of the newspaper, who had injected a sense of optimism into the newsroom, after the two disagreed about strategy.

Many of those who protested Mr. Beutner’s firing have held out hope that the Los Angeles billionaire Eli Broad, who previously expressed an interest in leading a group to buy The Times as an act of civic benevolence, would do just that. It was not immediately clear on Tuesday what impact the change in Tribune leadership might have on the newspaper’s future.

In the Times newsroom on Tuesday the feeling was one of resignation from afar. The journalists, said one person who was there, had been through this before.