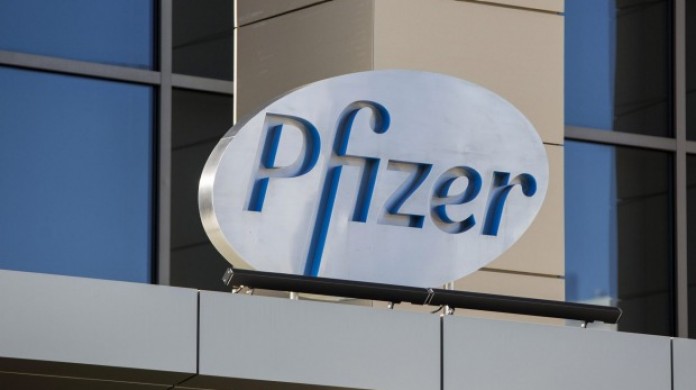 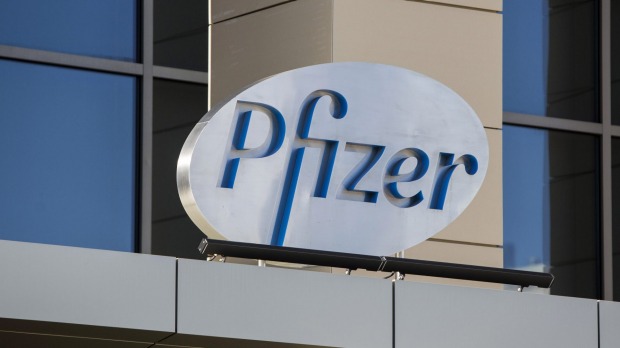 In the last year, Pfizer, Medtronic and Coca-Cola's largest bottling company all moved to Britain.

Global pharma giant Pfizer will be able to permanently avoid paying $US35 billion ($48 billion) in US taxes by merging with Botox-maker Allergan to become the world's biggest drugmaker, according to a report released Thursday by a group that advocates for tax fairness -- though a tax and accounting consultant called the number "a little misleading."

Four Democratic members of Congress joined Americans for Tax Fairness, which is affiliated with labour unions, in a news conference urging President Barack Obama's administration to use executive authority to deny US corporations tax benefits if they move their tax addresses overseas.

The call comes after Obama's administration has announced some action to limit the benefits of corporate inversions, in which US companies merge with offshore firms to establish a tax address in lower-tax countries. But those new rules would not affect the Pfizer-Allergan transaction, which would move the new company's tax address to Dublin but doesn't meet the technical definition of an inversion.

Pfizer spokeswoman Joan Campion issued a statement that said the merger is "not structured to move jobs out of the United States, where we conduct the majority of our research." The move will create a "global, R&D-focused company," she said.

The ATF analysis found that Pfizer could "permanently avoid" as much as $US35 billion in US taxes on offshore profit. The number is based on two of Pfizer's disclosures: first, that as of 2014, it had a deferred tax liability of $US21.1 billion; and second, that it has about $US74 billion in overseas earnings that it plans to hold there indefinitely.

The analysis credited Pfizer with foreign taxes paid on those earnings, based on a 10-year average of the company's foreign tax rate, and arrived at an estimated tax rate of 18.7 per cent for repatriating the $US74 billion -- resulting in roughly $US13.8 billion in tax. That, added to the $US21.1 billion deferred tax liability, yields the $US35 billion figure.

Robert Willens, a tax and accounting consultant in New York, said the figure was "probably a little misleading," largely because there's no reason to believe that Pfizer would have been returning the $US74 billion in offshore earnings to the US. "They haven't given up the ghost there," he said. But the company would probably be able to continue avoiding payment of the $US21.1 billion deferred tax liability, he said.

Willens said Pfizer "would probably still owe some US taxes" but did not elaborate. He added that the main benefit of the $US160 billion merger would be Pfizer's new ability to access some $US140 billion in foreign earnings, tax-free, for loans among its affiliated companies. "That's 100 per cent the reason behind this deal," he said.

Pfizer can access the stockpile because it narrowly escapes Treasury restrictions put in place last fall that were intended to curb the financial benefits of inversions, particularly the tax-free use of offshore earnings through so-called hopscotch loans. The restrictions ban such loans for inverted companies whose existing shareholders wind up owning at least 60 per cent of the new entity. Pfizer's shareholders will own 56 per cent of the new company.

Jennifer Blouin, an accounting and tax professor at the Wharton School of Business at the University of Pennsylvania, told Bloomberg that the question of how much US tax Pfizer would avoid by moving to Ireland was probably tied to whether US policymakers allow companies to repatriate their offshore earnings at a reduced tax rate in the future -- as lawmakers from both political parties have discussed. She said the total potential loss to Treasury would amount to whatever tax would be owed at that reduced rate, not at the standard 35 per cent rate used in the report.

Pfizer brought home $US35.5 billion in foreign earnings in 2004 under a one-time repatriation holiday that Congress approved at a rate of 5.25 per cent.

For now, Blouin said, "it's quite misleading to imply there's a $US35 billion revenue loss." One reason for that, she said, is that Pfizer's deferred-tax liability is not imminently owed.

"ATF thinks that in the absence of the Allergen transaction that $US35 billion will be coming to the Treasury," she said. "Nope, not going to happen."