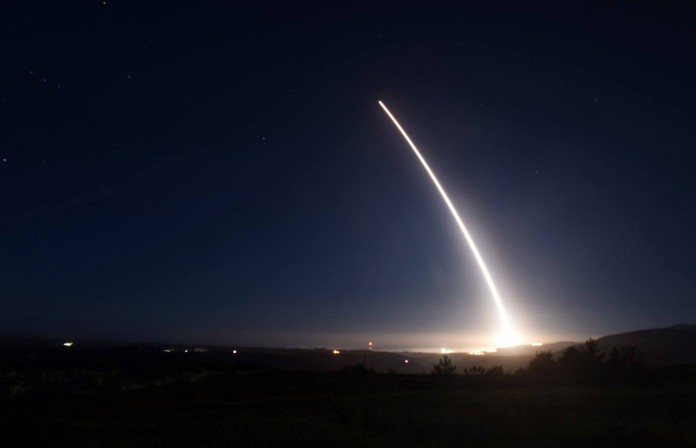 The LGM-30G Minuteman intercontinental ballistic missile can hit targets over 6,000 miles away. The missiles can only be deployed on the orders of the president.

VANDENBERG AIR FORCE BASE, California — Like a giant pen stroke in the sky, an unarmed Minuteman 3 nuclear missile roared out of its underground bunker on the California coastline Thursday and soared over the Pacific, inscribing the signature of American power amid growing worry about North Korea’s pursuit of nuclear weapons capable of reaching U.S. soil.

When it comes to deterring an attack by North Korea or other potential adversaries, the missile is the message.

At 11:01 p.m. Pacific Standard Time Thursday, the Minuteman missile, toting a payload of test instruments rather than a nuclear warhead, leaped into the darkness in an explosion of flame. It arced toward its test range in the waters of the Kwajalein Atoll, an island chain about 2,500 miles southwest of Honolulu.

The missile test, dubbed “Glory Trip 218,” was the second this month and the latest in a series designed to confirm the reliability of the Cold War-era missile and all its components. The Minuteman 3, first deployed in 1970, has long exceeded its original 10-year lifespan. It is so old that vital parts are no longer in production. 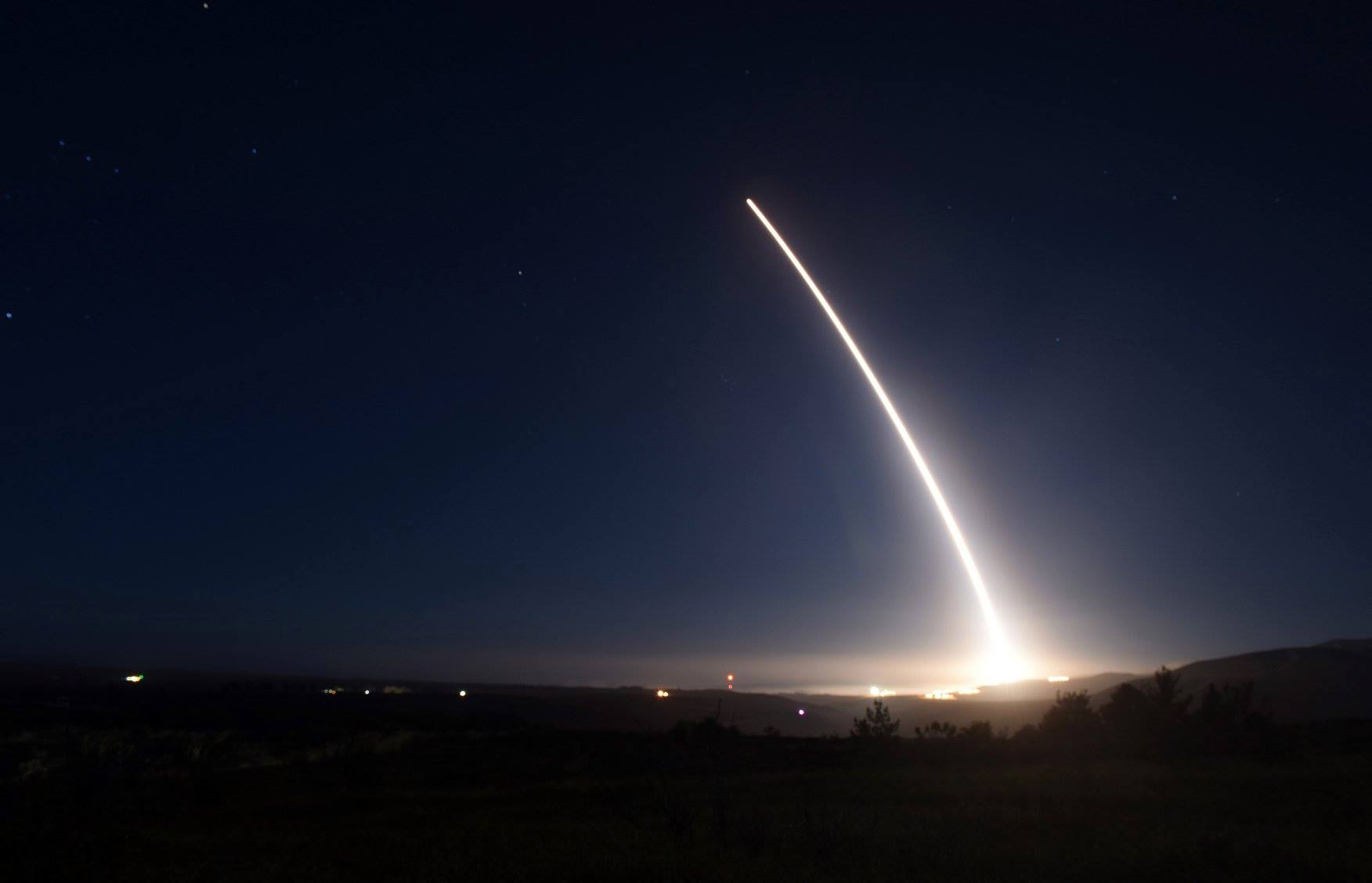 Like a giant pen stroke in the sky, an unarmed Minuteman 3 nuclear missile roared out of its underground bunker on the California coastline Friday, Feb. 26, 2016, and soared over the Pacific, inscribing the signature of American power amid growing worry about North Korea’s pursuit of nuclear weapons capable of reaching U.S. soil. When it comes to deterring an attack by North Korea or other potential adversaries, the missile is the message. (U.S. Air Force via AP, File) ( /Associated Press)

The Air Force operates 450 Minuteman missiles -- 150 at each of three missile fields in Wyoming, Montana and North Dakota. A few times a year, one missile is pulled from its silo and trucked to Vandenberg, minus its nuclear warhead, for a test launch.

Aside from confirming technical soundness, Minuteman test launches are the U.S. military’s way of sharpening the message that forms the foundation of U.S. nuclear deterrence theory - that if potential attackers believe U.S. nuclear missiles and bombs are ready for war at all times, then no adversary would dare start a nuclear fight.

The credibility of this message can be damaged by signs of weakness or instability in the nuclear weapons force. In 2013-14 the Associated Press documented morale, training, leadership and equipment problems in the Minuteman force, and in January the Air Force acknowledged to the AP that errors by a maintenance crew damaged an armed Minuteman in May 2014.

Work said in an interview ahead of Thursday’s launch that he sees good progress in fixing the problems in the nuclear missile corps. He also said the Vandenberg test launches are critically important.

Air Force officials say the test launches are a morale booster because they give launch crews and others a chance to leave their usual duties and participate in an actual launch. They otherwise do 24-hour shifts, year-round, in underground missile command posts, hoping the call to combat never comes.

“Deterrence basically doesn’t work unless the threat is deemed credible,” she said. “So every time we test ICBMs we demonstrate not only that the weapons work but also that they are ready to be launched. When those tests are conducted, the Russians, the Chinese and other international actors are watching, and they send a message to a potential aggressor that they not do anything they would regret.”

Together, the United States and Russia control the vast majority of the world’s nuclear weapons, and both countries regularly conduct ICBM test launches. The Russians generally do them more often, at least in part because they have new missiles in development whereas the Minuteman 3 is the only U.S. ICBM. The U.S. Air Force is planning a new-generation ICBM, but it is not scheduled to begin entering the force until about 2030.

Pavel Podvig, an independent analyst of Russian nuclear forces and publisher of the RussianForces.org blog, said in an interview that Moscow puts less stock in the public messaging aspect of missile test launches than does Washington.

“They (the Russians) do want to make sure the missiles are still functioning,” he said, “But the message is as much for themselves as for the outside world.”

North Korea, on the other hand, aims for maximum political impact when it conducts missile test launches or detonates a nuclear device, as it did Jan. 6. The potential for North Korea to field a nuclear warhead small enough to fit atop an intercontinental missile is among the worries American officials cite as justification for investing tens of billions of dollars in a new fleet of U.S. ICBMs and other types of nuclear weaponry.