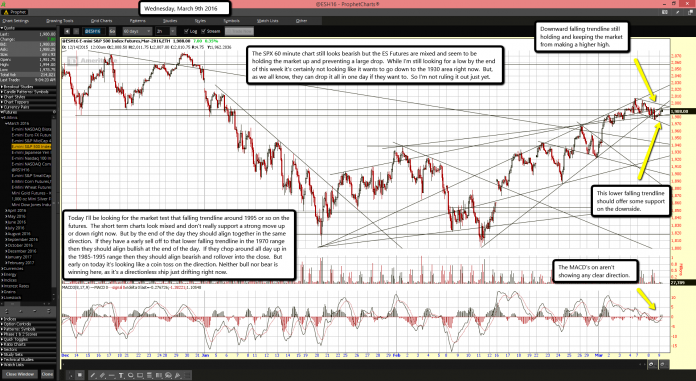 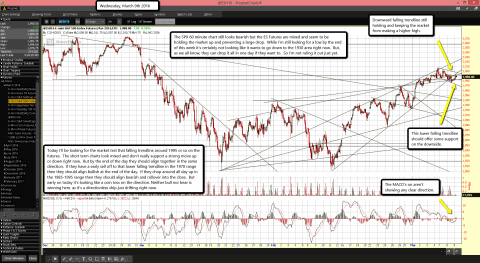 This lower falling trendline should offer some support on the downside.

The MACD's on aren't showing any clear direction.

The SPX 60 minute chart still looks bearish but the ES Futures are mixed and seem to be holding the market up and preventing a large drop.  While I'm still looking for a low by the end of this week it's certainly not looking like it wants to go down to the 1930 area right now.  But, as we all know, they can drop it all in one day if they want to.  So I'm not ruling it out just yet.

Today I'll be looking for the market test that falling trendline around 1995 or so on the futures.  The short term charts look mixed and don't really support a strong move up or down right now.  But by the end of the day they should align together in the same direction.  If they have a early sell off to that lower falling trendline in the 1970 range then they should align bullish at the end of the day.  If they chop around all day up in the 1985-1995 range then they should align bearish and rollover into the close.  But early on today it's looking like a coin toss on the direction. Neither bull nor bear is winning here, as it's a directionless ship just drifting right now.