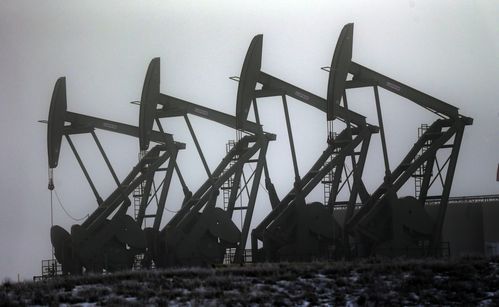 U.S. oil prices closed above $40 for the first time in three months Thursday after a market- friendly Federal Reserve stoked a five-week-old rally that has seen crude rise sharply from its February lows.

But while oil is almost certainly headed higher by the second half of the year, at least one analyst believes the recent run-up is likely overdone in light of an ongoing glut of about 1.5 million barrels a day.

The latest catalyst was the Fed’s decision Wednesday to leave interest rates unchanged and unexpectedly signal that it will lift rates more gradually than expected amid a weak global economy and market volatility, says Phil Flynn, senior energy analyst with the Price Futures Group. Lower rates typically weaken the dollar, and since oil is traded globally in greenbacks, that coaxes producers like Saudi Arabia to raise prices to maintain revenue.

The Fed’s pro-growth posture “was the icing on the cake,” Flynn says.

More broadly, other forces have combined to drive up oil prices in recent weeks. U.S. shale producers have aggressively cut output and laid off workers amid the tumbling prices. There were just 480 drilling rigs in the US last week, down from 1,125 a year ago, according to Baker Hughes. Flynn says small producers that have laid off workers and are on the verge of bankruptcy likely lack the resources to restart rigs, even if prices rebound further. And major companies such as Exxon Mobil and Chevron have slashed capital spending,  heralding future reductions in production.

Meanwhile, a tentative agreement to freeze production by Saudi Arabia, Russia and other OPEC and non-OPEC countries has raised hopes that it will eventually lead to a deal to cut output, Flynn says.

“It’s showing the markets that there’s going to be some type of restraint,” he says.

On the demand side, China’s economy is slowing, but the country’s thirst for oil has slackened only modestly, Flynn says. And an aggressive stimulus package announced by the European Central Bank last week has analysts predicting it could spur the euro zone’s sluggish economy and ignite more energy demand.

“You’re seeing the light at the end of the tunnel,” Flynn says of the recent rally.

Yet Tom Kloza, chief global analyst with the Oil Price Information Service, says the upswing “is quite premature.” The drop in shale production is being offset by higher U.S. output in the Gulf of Mexico and producers’ increased efficiency, he says.

And he doesn’t believe the global production freeze will lead to a more meaningful cut. Top producer Saudi Arabia is still jaded by previous OPEC deals to slash output that were breached by other member countries. Many analysts believe Saudi Arabia is still intent on using low prices to drive high-cost producers out of business and widen market share.

Kloza is also skeptical of recent Energy Department figures that show U.S. gasoline demand up 6.6% the past six weeks compared to the year- ago period.

He believes oil is headed back above $50 a barrel by the second half of the year as the U.S. shale cutbacks finally begin to have a bigger impact and the summer driving season swings into high gear. But in the short term, he expects crude to drift back into the low $30's even as gas prices inch up to $2.25 to $2.50 a gallon from the current $1.96 average as the driving season draws closer.