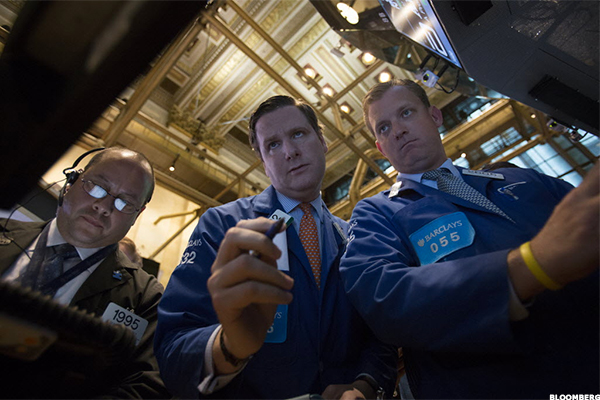 Shares of the British financial information services company soared on Monday after the company announced that it will merge with IHS, which is an analytics company based in Englewood, CO.

The deal is expected to close during the second half of 2016.

Barclays raised its price target on Markit stock to $35 from $30 on Tuesday. The deal makes sense financially but was a "total surprise" strategically, Barclays said.

"Scale has always been a long-term feature of the Markit story, and while IHS does add scale, it is not in the areas we were expecting," the firm added. "Maybe it's a vision that will take time for us to see."

Separately, recently, TheStreet Ratings objectively rated this stock according to its "risk-adjusted" total return prospect over a 12-month investment horizon. Not based on the news in any given day, the rating may differ from Jim Cramer's view or that of this articles's author.

TheStreet Ratings rates this stock as a "hold" with a ratings score of C. The company's strengths can be seen in multiple areas, such as its revenue growth, solid stock price performance and impressive record of earnings per share growth. However, as a counter to these strengths, we find that we feel that the company's cash flow from its operations has been weak overall.

You can view the full analysis from the report here: MRKT 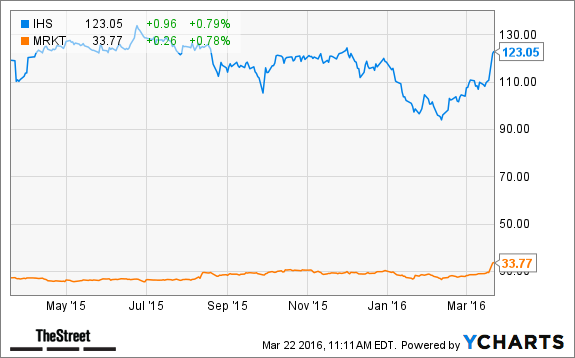