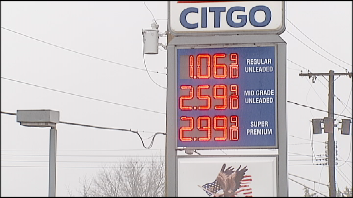 Louisiana, LA, April 11- (Gasbuddy.com) - Average retail gasoline prices in Louisiana have fallen 2.1 cents per gallon in the past week, averaging $1.83/g yesterday, according to GasBuddy's daily survey of 2,436 gas outlets in Louisiana.

This compares with the national average that has fallen 1.2 cents per gallon in the last week to $2.04/g, according to gasoline price website GasBuddy.com.

Including the change in gas prices in Louisiana during the past week, prices yesterday were 34.9 cents per gallon lower than the same day one year ago and are 16.0 cents per gallon higher than a month ago.

“It’s especially rare in April to see the average price of gasoline dead even or slightly lower in some places than where it was in the prior week… and as encouraging as that news certainly is for U.S. motorists, unfortunately, it’s more of an anomaly than a trend. But it’s still a very good harbinger of the savings 2016 is expected to bring,” said Gregg Laskoski, senior petroleum analyst for GasBuddy.

“What caused it? We've been fortunate that 2016 delivered a successful and largely uneventful transition by refineries to the ‘summer blend’ fuel formulation which has been completed in California and is nearing completion almost everywhere else.

Concurrent output through March and early April matches levels not seen since 2005,” Laskoski added. “So the healthy inventory in advance of demand has helped flatten prices, but we don’t expect that to last when summer travel kicks into high gear.”
Source link