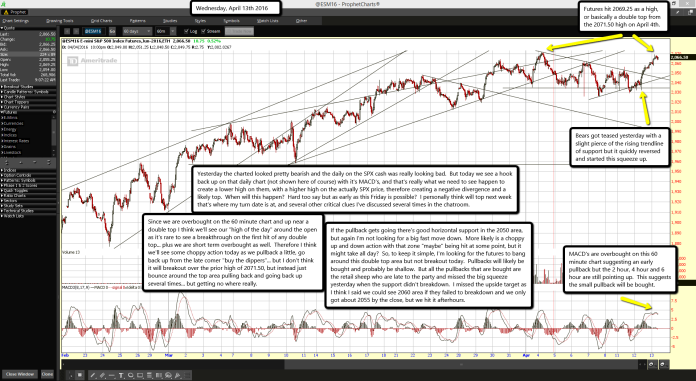 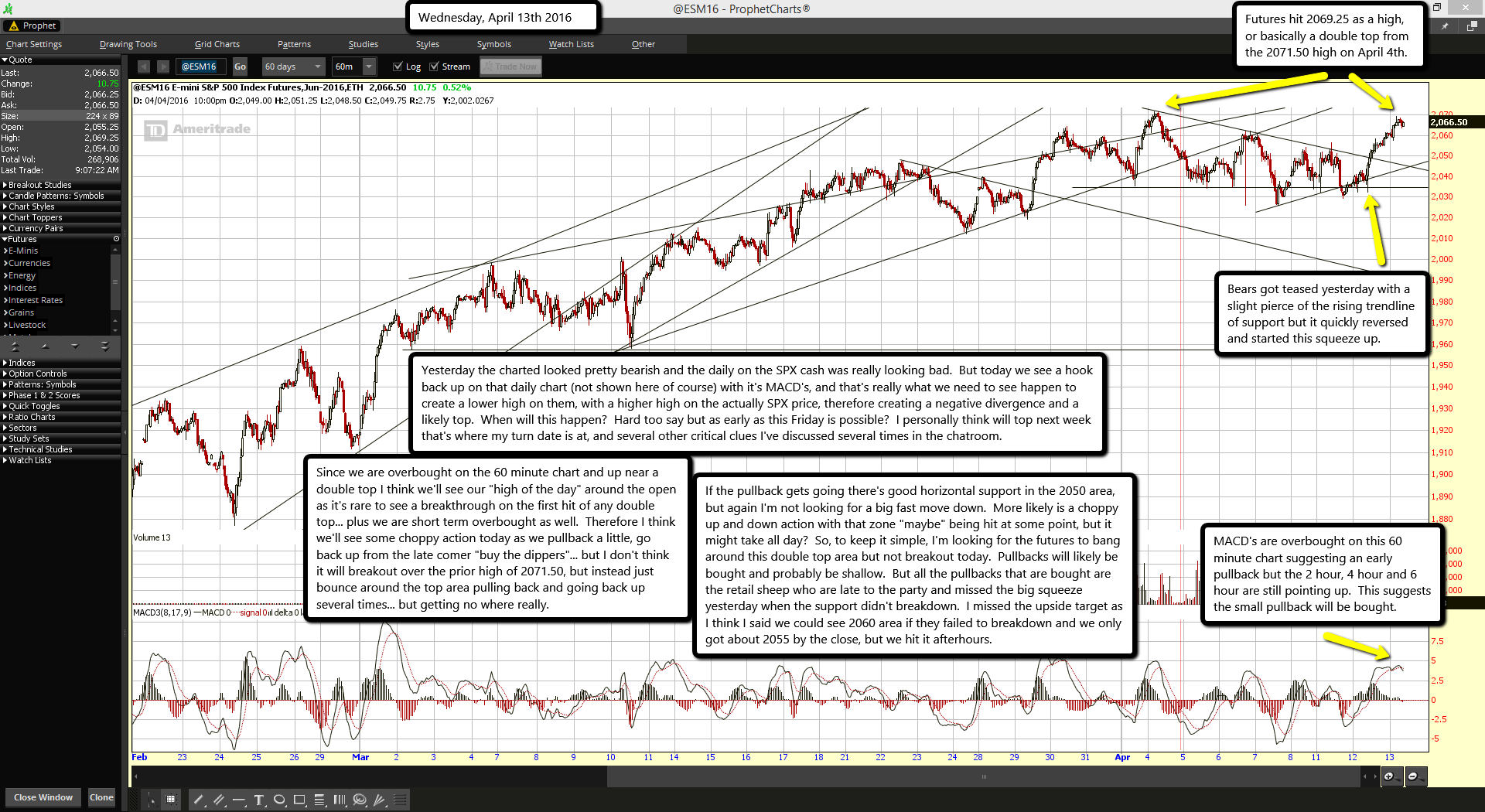 Bears got teased yesterday with a slight pierce of the rising trendline of support but it quickly reversed and started this squeeze up.

MACD's are overbought on this 60 minute chart suggesting an early pullback but the 2 hour, 4 hour and 6 hour are still pointing up.  This suggests the small pullback will be bought.

Yesterday the charted looked pretty bearish and the daily on the SPX cash was really looking bad.  But today we see a hook back up on that daily chart (not shown here of course) with it's MACD's, and that's really what we need to see happen to create a lower high on them, with a higher high on the actually SPX price, therefore creating a negative divergence and a likely top.  When will this happen?  Hard too say but as early as this Friday is possible?  I personally think will top next week that's where my turn date is at, and several other critical clues I've discussed several times in the chatroom.

Since we are overbought on the 60 minute chart and up near a double top I think we'll see our "high of the day" around the open as it's rare to see a breakthrough on the first hit of any double top... plus we are short term overbought as well.  Therefore I think we'll see some choppy action today as we pullback a little, go back up from the late comer "buy the dippers"... but I don't think it will breakout over the prior high of 2071.50, but instead just bounce around the top area pulling back and going back up several times... but getting no where really.

If the pullback gets going there's good horizontal support in the 2050 area, but again I'm not looking for a big fast move down.  More likely is a choppy up and down action with that zone "maybe" being hit at some point, but it might take all day?  So, to keep it simple, I'm looking for the futures to bang around this double top area but not breakout today.  Pullbacks will likely be bought and probably be shallow.  But all the pullbacks that are bought are the retail sheep who are late to the party and missed the big squeeze yesterday when the support didn't breakdown.  I missed the upside target as I think I said we could see 2060 area if they failed to breakdown and we only got about 2055 by the close, but we hit it afterhours.