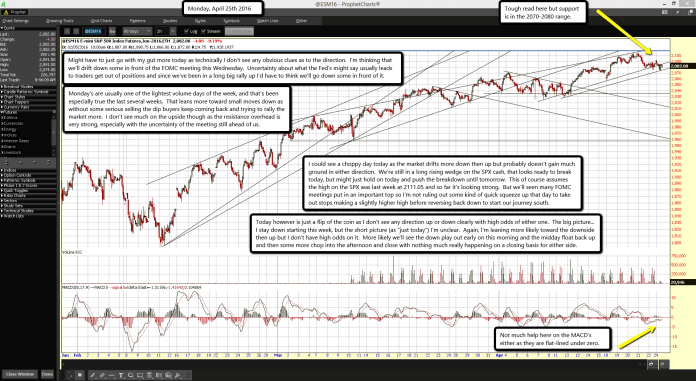 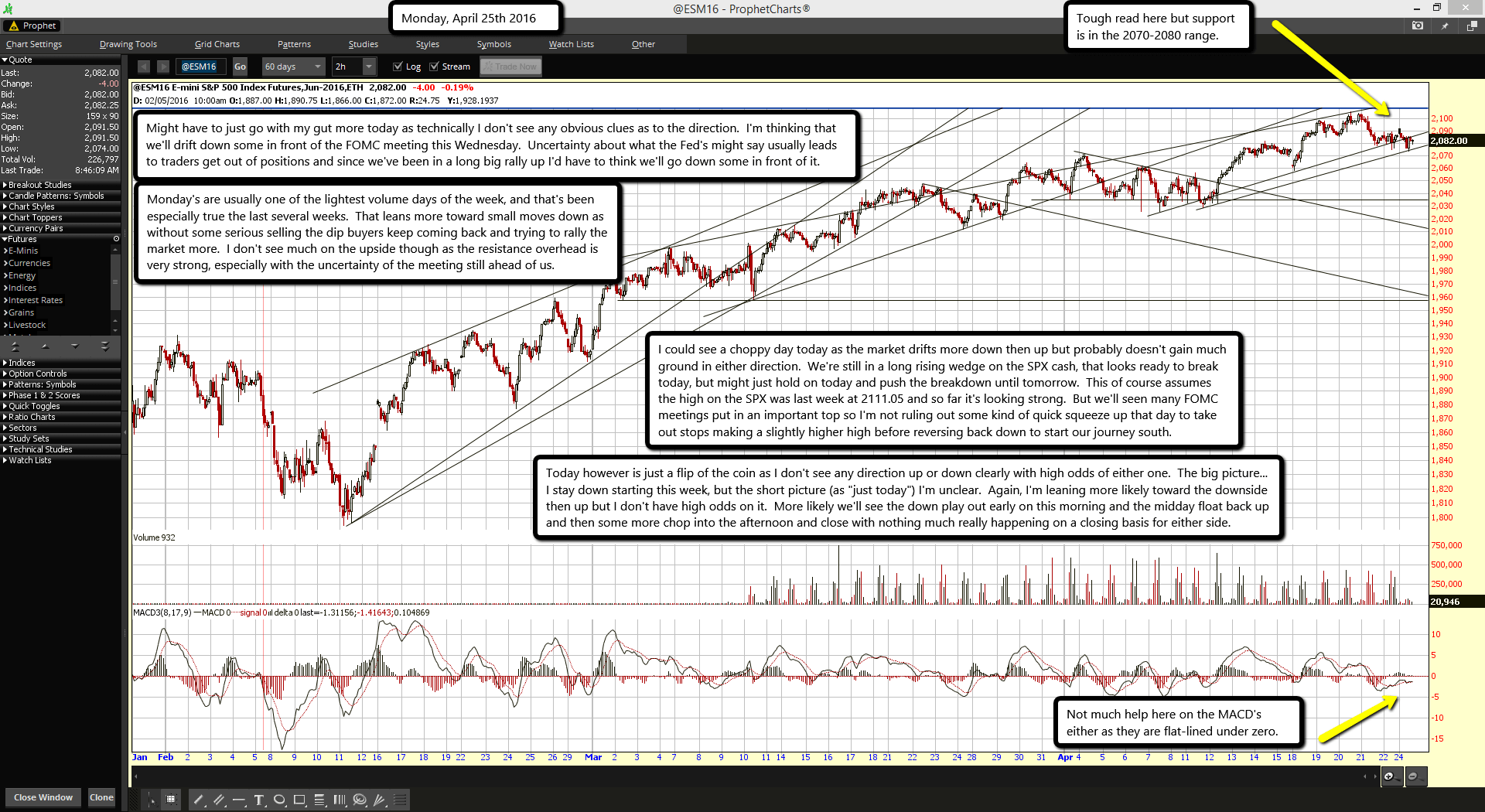 Not much help here on the MACD's either as they are flat-lined under zero.

Might have to just go with my gut more today as technically I don't see any obvious clues as to the direction.  I'm thinking that we'll drift down some in front of the FOMC meeting this Wednesday.  Uncertainty about what the Fed's might say usually leads to traders get out of positions and since we've been in a long big rally up I'd have to think we'll go down some in front of it.

Monday's are usually one of the lightest volume days of the week, and that's been especially true the last several weeks.  That leans more toward small moves down as without some serious selling the dip buyers keep coming back and trying to rally the market more.  I don't see much on the upside though as the resistance overhead is very strong, especially with the uncertainty of the meeting still ahead of us.

I could see a choppy day today as the market drifts more down then up but probably doesn't gain much ground in either direction.  We're still in a long rising wedge on the SPX cash, that looks ready to break today, but might just hold on today and push the breakdown until tomorrow.  This of course assumes the high on the SPX was last week at 2111.05 and so far it's looking strong.  But we'll seen many FOMC meetings put in an important top so I'm not ruling out some kind of quick squeeze up that day to take out stops making a slightly higher high before reversing back down to start our journey south.

Today however is just a flip of the coin as I don't see any direction up or down clearly with high odds of either one.  The big picture... I stay down starting this week, but the short picture (as "just today") I'm unclear.  Again, I'm leaning more likely toward the downside then up but I don't have high odds on it.  More likely we'll see the down play out early on this morning and the midday float back up and then some more chop into the afternoon and close with nothing much really happening on a closing basis for either side.