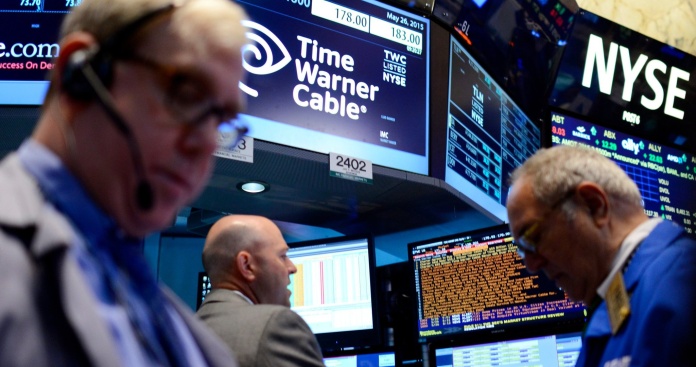 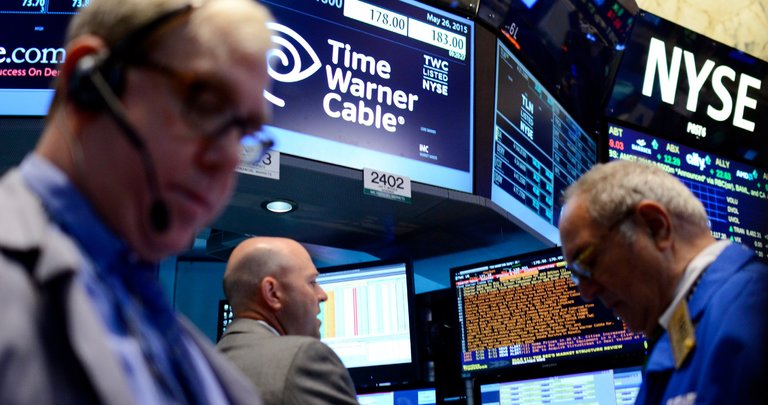 The combination of Charter Communications, Time Warner Cable and Bright House Networks would be the country’s second-largest broadband provider, with 19.4 million broadband subscribers.

Yet, the orders to approve the deals were coupled with many restrictions that illustrate how regulators are increasingly using their power to further policy goals that are not covered by current regulations for the industry. The Federal Communications Commission and Justice Department imposed mandates on the acquisitions aimed at protecting streaming video companies and providing cheaper broadband services to low-income families, some of which go far beyond regulations for the entire cable and Internet sectors.

The conditions are meant to ensure competition in the nascent online video business and to spread Internet connectivity given that broadband has been deemed a utility. Attaching the restrictions could blunt the power of the combined Charter entity, which becomes the country’s second-largest broadband provider with 19.4 million users and the third-largest cable television provider with 17.4 million customers.

“The cumulative impact of these conditions will be to provide additional protection for new forms of video programming services offered over the Internet,” Tom Wheeler, chairman of the F.C.C., said in a statement. He added that there would be an independent monitor to ensure compliance with the conditions.

Mr. Wheeler circulated his approval order to other F.C.C. commissioners and was expected to get enough votes to close the deals. The deals still await final approval from regulators in California.

The move to approve Charter’s acquisitions is the latest development in the fast-consolidating cable industry. Over the last few years, the industry has greatly shifted from a business controlled by hundreds of regional outfits to one controlled by three major players — Comcast, Charter and Altice, the European company that recently made a deal for Cablevision — that wield more heft over the country’s broadband and entertainment infrastructure. That heft gives the companies more leverage in negotiations with TV companies over programming and distribution deals, as well as more leverage over what crosses their broadband pipes and the future of online video.

“Each player has a lot more scale to shape broadband and online video going forward,” said Amy Yong, an analyst with Macquarie. “About 80 to 90 percent of broadband homes are now in the homes of three players. It is starting to look like a tri-opoly.”

In the last year, the F.C.C. has also increasingly used conditions imposed on merger approvals to advance its regulatory goals. In approving the merger between AT&T and DirecTV last year, for instance, regulators required a building out of more broadband services to millions of households and the offering of cheaper broadband option for low-income homes.

This time, the F.C.C. and Justice Department asked Charter to agree to abstain from negotiations with programmers that would keep shows and movies off competing streaming services like Netflix and Amazon Prime Video.

Charter also promised that for seven years it would not impose data caps on broadband users who can run up big bills when watching online video, and that it would not charge companies like Netflix extra to connect to Charter customers. In addition, Charter agreed to expand its Internet footprint to two million more homes and to offer a cheaper broadband service to low-income households.

Justin Venech, a Charter spokesman, said in a statement that the conditions ensured the company’s “current consumer-friendly and pro-broadband business practices,” adding that the combined entity “will be a leading competitor in the broadband and video markets.”

The approvals will have enormous implications on the telecommunications, media and technology ecosystem, with the combined company set to have greater influence over program pricing, new technologies in broadband infrastructure, and business models emerging in streaming video. Consumers have also come to rely on the Internet as a utility, but see prices increase with few options for providers.

The prospect of so much combined power by a few companies has drawn protests from consumer groups and some tech companies, most notably Dish Network, which fears its Sling TV streaming video services could be threatened by the Charter mergers.

On Monday, Dish declined to comment on the regulators’ move to approve the Charter deals. Dish is part of the Stop Mega Cable Coalition, which was formed to raise awareness of the harms that could result from the deals, and which on Monday said in a statement that the conditions proposed by the F.C.C. fell short of “addressing all of the threats to competition and consumers posed by this transaction.”

The coalition said Charter should be required to offer a stand-alone broadband service.

Others criticized the F.C.C.’s conditions of approval as overreaching. “At first blush, it appears that the commission may have operated well outside the four corners of the merger application to pursue unrelated matters and policies,” Michael O’Rielly, a Republican commissioner for the agency, said in a statement.

Some consumer advocates also opposed any approval of the deals, fearing that a combined entity would eliminate competition and increase prices for customers.

“Creating broadband monopoly markets raises consumer costs, kills competition, and points a gun at the heart of the news and information that democracy depends upon,” Michael Copps, a former Democratic member of the F.C.C. and a special adviser to the Common Cause public interest group, wrote in an email. “F.C.C. approval of this unnecessary merger would be an abandonment of its public interest responsibilities.”

The F.C.C. has the broad mandate of protecting the public interest, which gives it the ability to create conditions that may seem unrelated to antitrust reviews but could make a deal good for consumers, said Gene Kimmelman, a former antitrust official at the Justice Department who is now president of Public Knowledge, a nonprofit media advocacy group.

Correction: April 25, 2016 An earlier version of this article gave an outdated value for the Charter Communications deals. They are valued at $65.5 billion, no longer the $88 billion they were valued at when first announced.