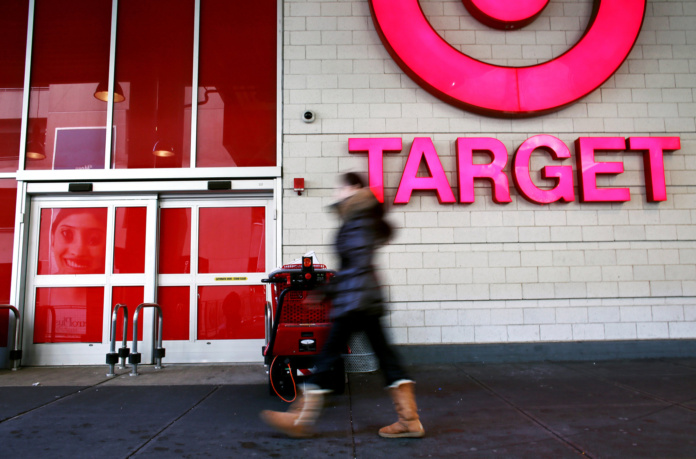 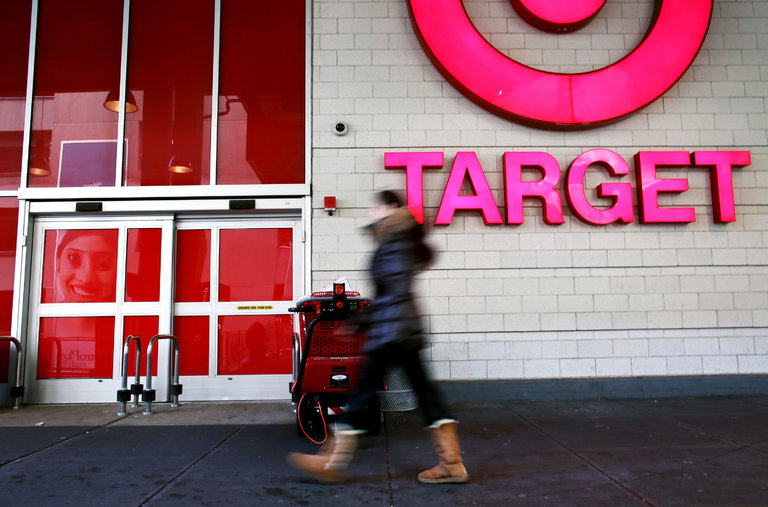 Target’s policy allows people to choose the restroom that aligns with their gender identities.

A new policy over bathroom choice has thrust the retailer Target into the center of a nationwide debate over gender identity, civil rights and privacy.

Last week, Target announced on its website that it would allow transgender employees and customers to choose the restroom and fitting room that corresponded with their gender identities. About a month earlier, North Carolina passed a law restricting bathroom access to transgender people, a bill that set off a national debate that has even extended to the presidential campaign.

The company’s announcement — the most prominent position taken by a national retailer — was greeted by cheers from supporters of transgender rights. It has since also made Target the intense focus of conservative activists, lawmakers and consumers, who oppose the company’s stance, highlighting the potential risks when a company takes a position on a hotly debated social issue.

Some groups have used Target’s announcement as a rallying cry, arguing that Target’s policy threatens the public’s safety. An online petition started by one group, the American Family Association, calling for a boycott of Target stores, has been signed by more than 900,000 people. On Tuesday, the City Council in Oxford, Ala., passed an ordinance forbidding people to use a bathroom that does not match the gender assigned to them at birth. Target has a store in the city.

“I will no longer be shopping at your store and neither will any of my family members and friends,” one person commented on Target’s Facebook page. “You have all lost your minds.”

Equipped with a growing arsenal of digital tools to organize boycotts, spread poor reviews and otherwise negatively impact sales, consumers are increasingly putting pressure on companies to address their concerns. Policies on gender and sexuality have repeatedly become points of contention, putting some businesses on the front lines of battles over social issues.

Last year, for example, a number of companies vocally opposed so-called religious freedom laws intended to give businesses legal cover to deny services to gays and lesbians. Walmart, the nation’s largest retailer, was among the most prominent voices, and its influence was widely credited with pushing the governor in its home state of Arkansas to sign an amended version of the state’s religious freedom bill.

And the head of Chick-fil-A, the restaurant chain, took a position against gay marriage in 2012 only to back off two years later and say that he had not meant to alienate customers.

“Generally speaking, as you saw in the gay marriage debate, the big corporations tend to be out in front of Congress and most of the states in implementing anti-discrimination policies,” said William Eskridge, a professor at Yale Law School and a co-author of “Sexuality, Gender and the Law.”

“The policies generally do not cost the corporations anything or very much, and they create some degree of good will,” he said.

The ordinance in Oxford would make it a misdemeanor for people to use bathrooms that do not correspond to the gender on their birth certificates. Target’s liability in such a situation is unclear.

A company spokeswoman, Molly Snyder, said Target would comply with all local laws. But she also said, “Our belief in and commitment to inclusivity has not changed.”

Ms. Snyder said the company’s policy had applied to employees for years, though it had not been as widely distributed. She referred to the original announcement, which said that Target “regularly” assesses issues that could affect business, guests and employees, and “given the specific questions” raised by recent legislative proposals, “we felt it was important to state our position.”

Target may be betting on a more progressive shift in national attitudes on gender and sexuality. Many states have updated their statutes barring employers from discriminating based on sexual identity to include gender identity, too.

“Making these progressive value statements is a new form of advertising,” said Jonah Berger, an associate professor of marketing at the Wharton School of the University of Pennsylvania.

There may also be more practical benefits than just netting good will: The Equal Employment Opportunity Commission, the federal agency that enforces workplace anti-discrimination laws, has made it clear that blocking workers from using bathrooms that correspond to their gender identities violates federal law.

“Any employer that has a rule to the contrary is going to find itself in very hot water,” said Jillian T. Weiss, a professor of law and society at Ramapo College who has worked on a number of cases involving transgender workplace issues. “Companies have got to be aware that federal law essentially prohibits them from having rules like the one passed in Alabama.”

Other companies, including Barnes & Noble and Hudson’s Bay Company, also have policies explicitly allowing transgender people to use a bathroom that does not correspond to their birth certificate gender.

“We’re hoping that other corporations will see that there is a price to pay, potentially at least, for pushing this L.G.B.T. agenda too far,” said Tim Wildmon, the president of the American Family Association. “We just think this is a bridge too far.”