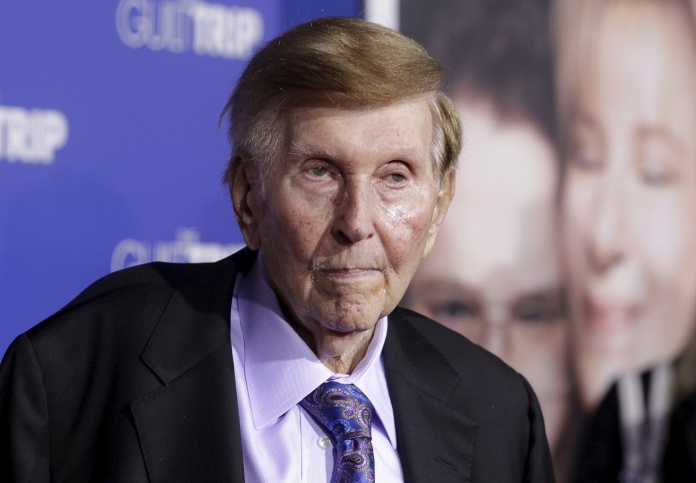 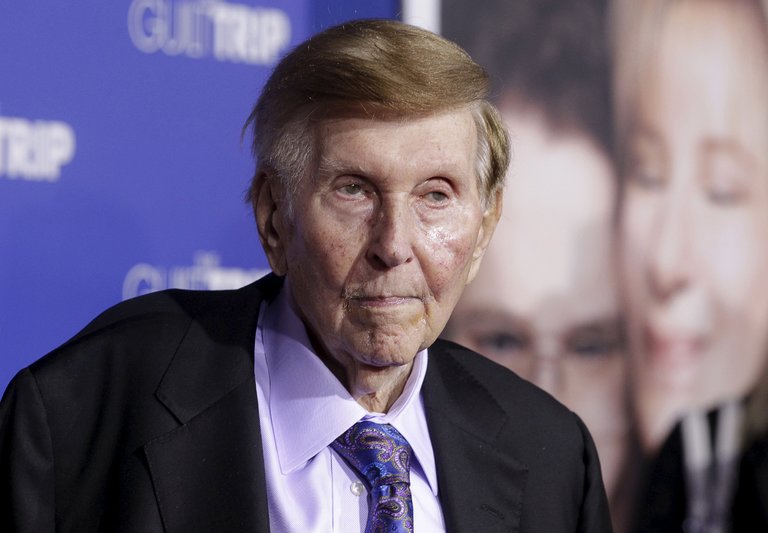 Videotaped testimony from Sumner M. Redstone, 92, was shown to the judge last week.

LOS ANGELES — The lawsuit over the mental competency of the ailing mogul Sumner M. Redstone was dismissed Monday, cutting short a trial that had drawn attention for its lurid details and the potential impact on Mr. Redstone’s $42 billion media empire.

Judge David J. Cowan of Los Angeles County Superior Court announced the dismissal in a preliminary ruling when the trial resumed Monday morning and made it final after hearing arguments from both sides in proceedings that lasted less than half an hour.

The court rejected claims by the plaintiff, Manuela Herzer, a former lover of Mr. Redstone’s, who said he did not have the mental capacity to make the decision in October that removed her from his health care directive. The judge appeared swayed by the videotaped testimony from the 92-year-old billionaire that was shown on Friday, in which he said he did not want Ms. Herzer in charge of his care, or in his life at all.

“This testimony does in fact completely alter the case,” Judge Cowan said in his ruling.

“The court sees no overriding reason to put Redstone — who is the only person that this case is ultimately concerned about (or family members) — through the significant time and expense at high emotional cost, particular at this precarious stage in his life,” the judge wrote, “as well as cause undue infringement on his private and personal matters, where this proceeding would not make any difference for purposes of the very limited issue at stake in this case as to who he has named as his health care agent.”

The dismissal, which is likely to be appealed, is a clear legal victory for Mr. Redstone and, by extension, his daughter, Shari Redstone, who had been depicted by the other side as a villain who used a network of spies to unduly influence her father.

Yet there is no question that the court fight sullied both sides, industry observers said, with its thousands of pages of filings that included embarrassing and prurient allegations about Mr. Redstone’s obsession with sexual partners, incontinence and demands to eat steak while on a feeding tube. Ms. Herzer was depicted as a gold digger, who manipulated her relationship with Mr. Redstone for financial gain.

While the suit concerned his personal estate, it set off investor concern about his position and corporate governance issues at the top of the media empire that includes CBS and Viacom, two of the world’s largest entertainment companies.

Mr. Redstone is a director, chairman emeritus and controlling shareholder of both companies.

The trial opened Friday with 18 minutes of videotaped testimony from Mr. Redstone, who had not been seen publicly for nearly a year and had made no public declarations related to the suit since it was filed in November by Ms. Herzer.

She said that in filing the suit, she was looking out for his well-being. Lawyers for Mr. Redstone said that she was motivated by greed. On the same day that Mr. Redstone changed his health care plan, he also changed his personal estate, in which Ms. Herzer was to receive $50 million and his $20 million mansion.

After viewing the video on Friday, Judge Cowan said Mr. Redstone had appeared to reject the idea that Ms. Herzer take over control of his health care or be involved in his life. The judge said he needed the weekend to consider whether the case should continue.

In his ruling Monday, he said the court was not making a finding related to Mr. Redstone’s mental capacity or the credibility of Ms. Herzer or Ms. Redstone.

“The court is finding only that the ‘proceeding is not reasonably necessary to protect the interests of the patient,’” he wrote. “Specifically, Herzer cannot be restored as his agent and Redstone is satisfied with the care he is receiving and to be with his family.”

While the video remained confidential, a transcript was made public. During the 18 minutes of questioning, Mr. Redstone denigrated Ms. Herzer with obscenities multiple times, said that he hated her and wanted her out of his life. The transcript also showed that Mr. Redstone was not able to answer some basic questions, such as his birth name. (It was Sumner Murray Rothstein.)

In a filing over the weekend, lawyers for Ms. Herzer argued that the court could not accept Mr. Redstone’s testimony at face value and needed to hear all the evidence before dismissing the case. They said the court was “duty-bound to look behind the testimony to determine whether Redstone’s views are those of a man of a sound mind and whether he came to and has maintained these views absent any undue influence.”

Since the suit was first filed, lawyers for Mr. Redstone repeatedly asked that the case be dismissed. Over the weekend, they said in a new motion to dismiss that there was not “a scintilla of evidence that Mr. Redstone actually wants Ms. Herzer in his life, but was unduly influenced to testify otherwise.”