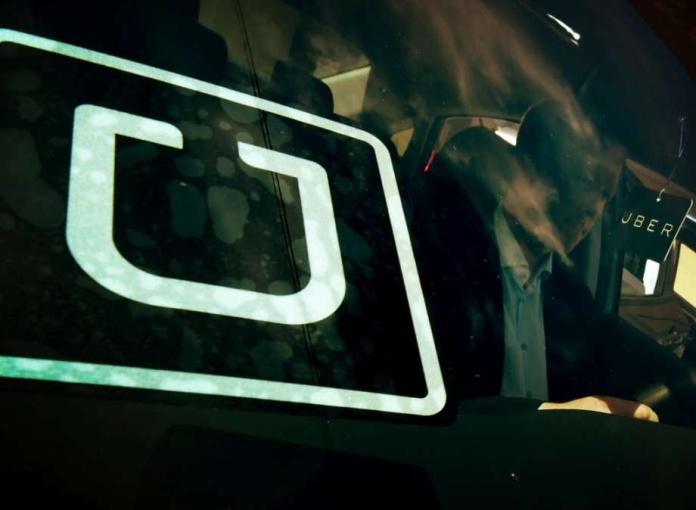 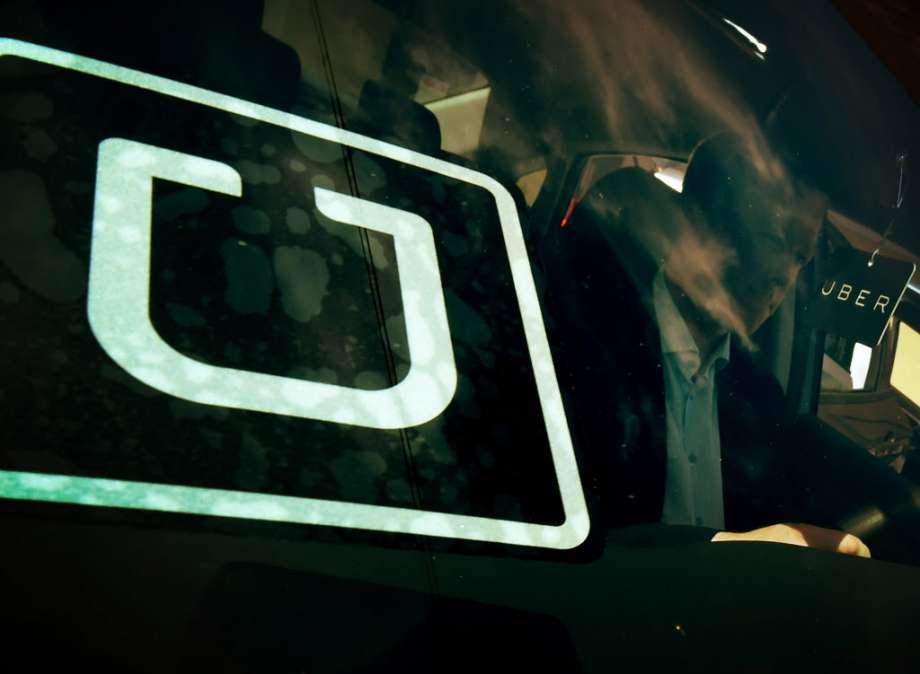 (FILES): This file photo taken on March 10, 2016 shows a man checking a vehicle at the first of Uber's 'Work On Demand' recruitment events where they hope to sign 12,000 new driver-partners, in South Los Angeles Uber and Lyft are eviscerating the taxi industry in Los Angeles three years after they began operating in the city, officials say.

Thanks to the ridesharing services, which enable independent drivers to offer rides via a smartphone application, "taxicab service demand indicators have dropped (total trips and dispatch trips) beginning in the second half of 2013 and increasing through 2015," according to a report by Department of Transportation seen by AFP on April 14, 2016.

Uber agreed to start a guild for 35,000 drivers in New York that will help them negotiate with the ride-hailing company, though the group will have less power to resolve disputes than a full-fledged union.

All current and future Uber drivers in New York City will be represented by the Independent Drivers Guild, a newly created affiliate of the International Association of Machinists District 15, according to the union. Under terms of the five-year contract with Uber, drivers will have a more unified voice to lobby locally and to negotiate with the San Francisco company.

“The guild is the first of its kind,” James Conigliaro Jr., the founder of the Independent Drivers Guild, said on a conference call after the announcement. “Drivers need immediate support, and we truly believed it was our responsibility to create a structure to help independent drivers in New York.”

With more than $10 billion in capital raised to fund global expansion of its service, Uber has faced pushback from regulators and drivers, while dealing with lawsuits and challenges for workers to organize and receive employee status. In December, Seattle became the first city in the country to allow drivers for ride-hailing services to form unions, prompting the U.S. Chamber of Commerce to sue the city.

Uber recently agreed to settle a class-action lawsuit brought by drivers in Massachusetts and California. Uber agreed to pay up to $100 million as part of the settlement. The company held firm on its argument that drivers are independent contractors and therefore are not entitled to benefits, such as paid sick days and Social Security benefits.

The New York guild’s power to resolve some of drivers’ main gripes with Uber is limited. The group, which is partially funded by Uber, won’t be able to turn to the National Labor Relations Board, for instance, to intervene on issues. The guild will have little power to negotiate over fares. Independent contractors are legally prohibited from collectively bargaining.

Conigliaro said the union had previously tried other structures to give drivers a voice but that it ultimately decided a new framework was necessary. It began discussions with Uber in late 2015, the union said.

“The formation of this guild provides the best structure to drivers in the industry,” Conigliaro said.

According to terms of the agreement, Uber’s management will hold monthly meetings with drivers. The workers will also have access to discounted benefits, including life and disability insurance, roadside assistance and education. Drivers in the city who get banned by Uber, known as “deactivation,” will also have the ability to appeal some of these decisions and can request guild representation during the process.

Harry Campbell, who runs a popular blog for Uber drivers, said there are more pressing issues on drivers’ minds.

“Right off the top of my head, I can think of three things more important to drivers than the deactivation policy,” he said. Low fares, how much Uber takes from those fares and the ability to receive tips through the app are among the main concerns.

Campbell also questioned the guild’s independence. Matt Kallman, a spokesman for Uber, declined to say how much Uber would be paying to support the group. The International Association of Machinists will foot some of the administrative and other costs, Kallman said. Drivers will not be required to pay dues to join the group, he said.

Helping establish a guild is a savvy decision by Uber, said Arun Sundararajan, a professor at New York University’s business school who’s writing a book titled “The Sharing Economy.” “They’re nurturing their relationship with their drivers,” he said. “It seems like a smart move.”

Uber emphasized that the new organization could help the company better communicate with drivers. “Communication is important,” said David Plouffe, Uber’s chief adviser and a former senior adviser to President Obama. “On price cuts, we haven’t always had the best forum to discuss and share data — how price cuts work, what we see afterward.”

The guild and Uber said they will work together to lobby for the company to reduce the taxes it pays in New York, bringing them more in line with those for taxis and private for-hire drivers. If successful, the company’s savings would be passed on to the guild and to drivers, Uber said. Under the agreement, the guild would set up a benefits fund that would provide drivers with paid time off, retirement savings accounts or other benefits.