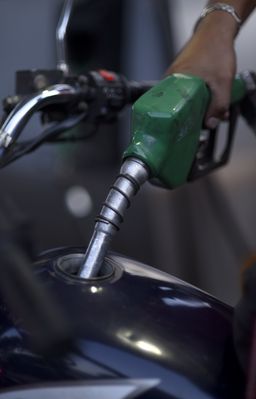 With the coming of the Memorial Day holiday, more vacationers are likely to head out of town to take advantage of cheap gas, falling airfares and strong employment. After vacations being stuck at home, there are bigger incentives to hit the road.

“The 'staycation' is out, the road trip is in – and for good reason,” says analyst Patrick DeHaan of GasBuddy.com, the gasoline-price tracking web site.

AAA is projecting that 35 million people will travel this Memorial Day weekend -- about 700,000 more than last year. And with gasoline prices at their lowest level for this time of year since 2005, cheap gas is fueling the rush.

Americans have already saved more than $18 billion on gas this year, compared to the same period in 2015, AAA spokeswoman Julie Hall said. GasBuddy is projecting a 2.2% increase in road-trippers this summer, with national prices averaging $2.29 per gallon on Memorial Day and $2.15 per gallon from June through August. And a GasBuddy survey says that more than 56% of those driving to their vacation destinations will travel at least 400 miles round trip,

“We’re definitely projecting a strong travel season,” Hall said. “People have extra income in their pocket, so they’re looking to spend that on travel.”

Of the 75% of Americans that Orbitz expects to travel this summer, eight out of 10 will stay stateside.

But while the journey itself might cost a little less, vacationers may have to pay more once they arrive.  Average hotel prices in Orbitz's top ten destinations are up 17% for the summer.

“Where people may say ‘Great, these airfares look fantastic,’ they’re going to say, ‘How am I going to save on my hotel room?’” Orbitz spokeswoman Jeanenne Tornatore said.

To save travel cash this year, Orbitz recommends:

•Bargain destinations. Caribbean and Mexico are good deals this year. “Travelers looking for an international getaway are taking advantage (of) this and booking to these destinations,’’ Tornatore said. “And we haven’t seen any effect on our bookings due to Zika,’’ she added, referring to the mosquito-borne virus which can cause severe birth defects.

•Fly the cheapest weeks.  The first weeks of June and July and last week of August tend to be cheapest weeks to fly, according to an analysis of past trends. Travelers wanting to get out of town for Fourth of July weekend, the summer’s most traveled holiday, might want to book the trip in the first week of June to score the best deal.