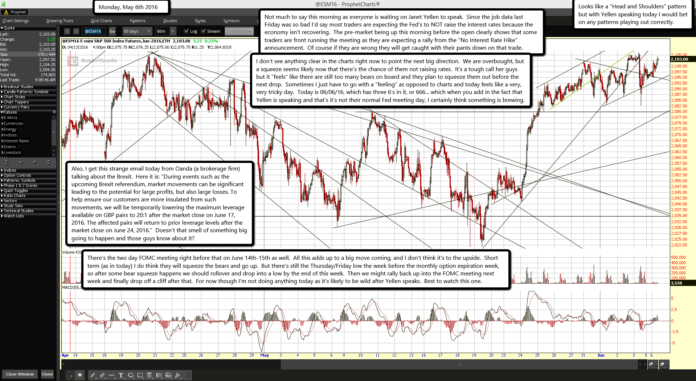 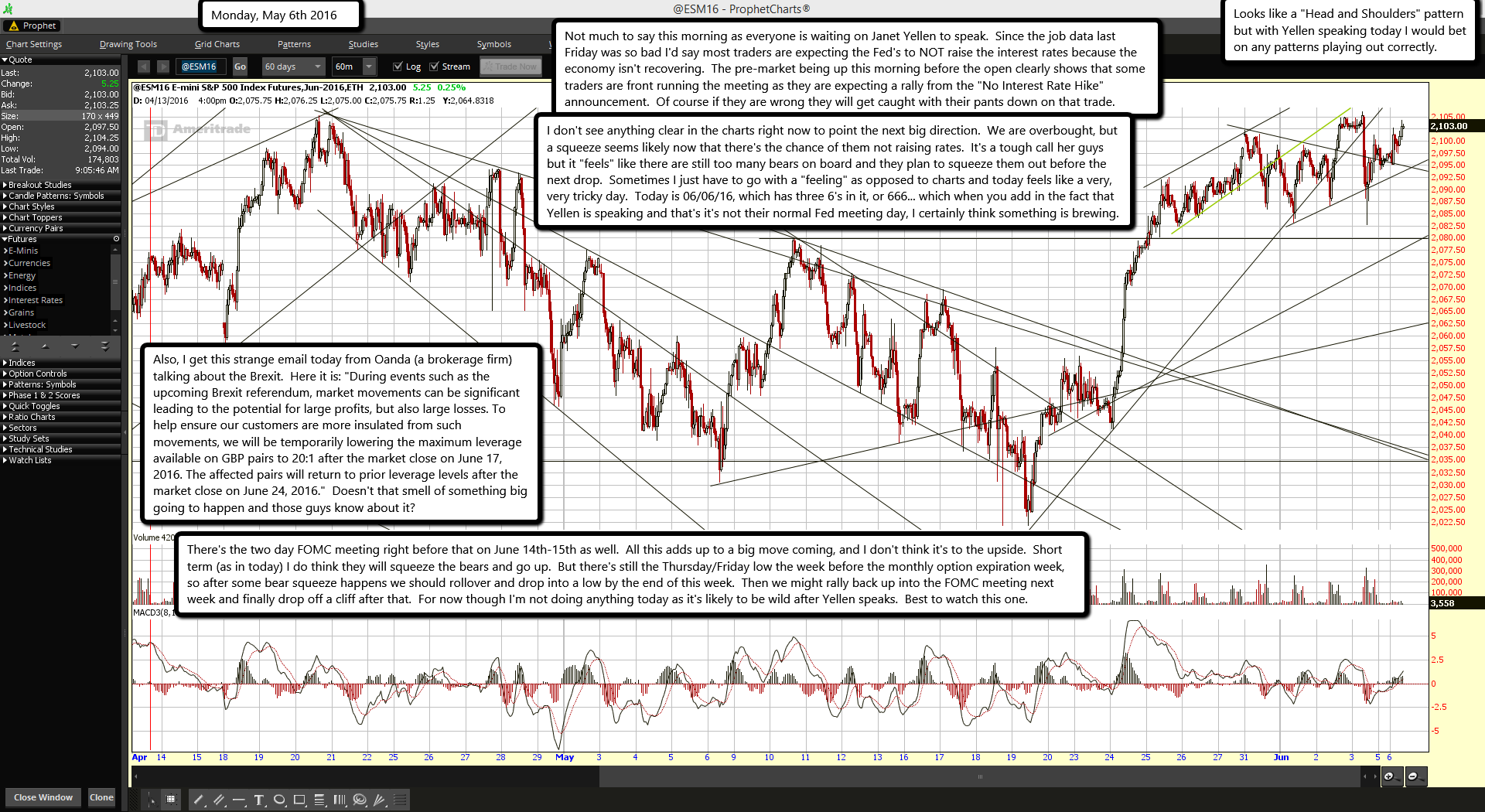 Looks like a "Head and Shoulders" pattern but with Yellen speaking today I would bet on any patterns playing out correctly.

MACD's pointing up on this 60 minute chart and several other time frames as well.

Not much to say this morning as everyone is waiting on Janet Yellen to speak.  Since the job data last Friday was so bad I'd say most traders are expecting the Fed's to NOT raise the interest rates because the economy isn't recovering.  The pre-market being up this morning before the open clearly shows that some traders are front running the meeting as they are expecting a rally from the "No Interest Rate Hike" announcement.  Of course if they are wrong they will get caught with their pants down on that trade.

I don't see anything clear in the charts right now to point the next big direction.  We are overbought, but a squeeze seems likely now that there's the chance of them not raising rates.  It's a tough call her guys but it "feels" like there are still too many bears on board and they plan to squeeze them out before the next drop.  Sometimes I just have to go with a "feeling" as opposed to charts and today feels like a very, very tricky day.  Today is 06/06/16, which has three 6's in it, or 666... which when you add in the fact that Yellen is speaking and that's it's not their normal Fed meeting day, I certainly think something is brewing.

Also, I get this strange email today from Oanda (a brokerage firm) talking about the Brexit.  Here it is: "During events such as the upcoming Brexit referendum, market movements can be significant leading to the potential for large profits, but also large losses. To help ensure our customers are more insulated from such movements, we will be temporarily lowering the maximum leverage available on GBP pairs to 20:1 after the market close on June 17, 2016. The affected pairs will return to prior leverage levels after the market close on June 24, 2016."  Doesn't that smell of something big going to happen and those guys know about it?

There's the two day FOMC meeting right before that on June 14th-15th as well.  All this adds up to a big move coming, and I don't think it's to the upside.  Short term (as in today) I do think they will squeeze the bears and go up.  But there's still the Thursday/Friday low the week before the monthly option expiration week, so after some bear squeeze happens we should rollover and drop into a low by the end of this week.  Then we might rally back up into the FOMC meeting next week and finally drop off a cliff after that.  For now though I'm not doing anything today as it's likely to be wild after Yellen speaks.  Best to watch this one.