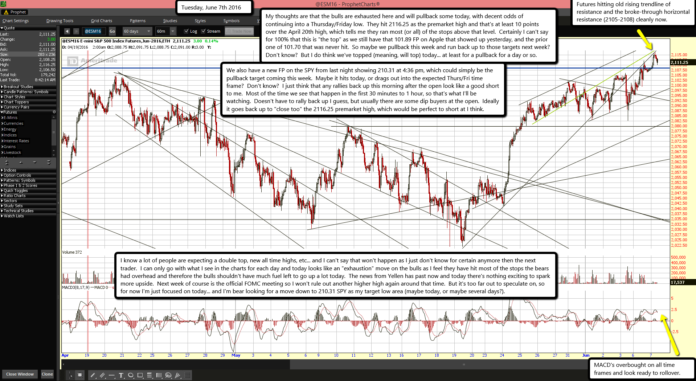 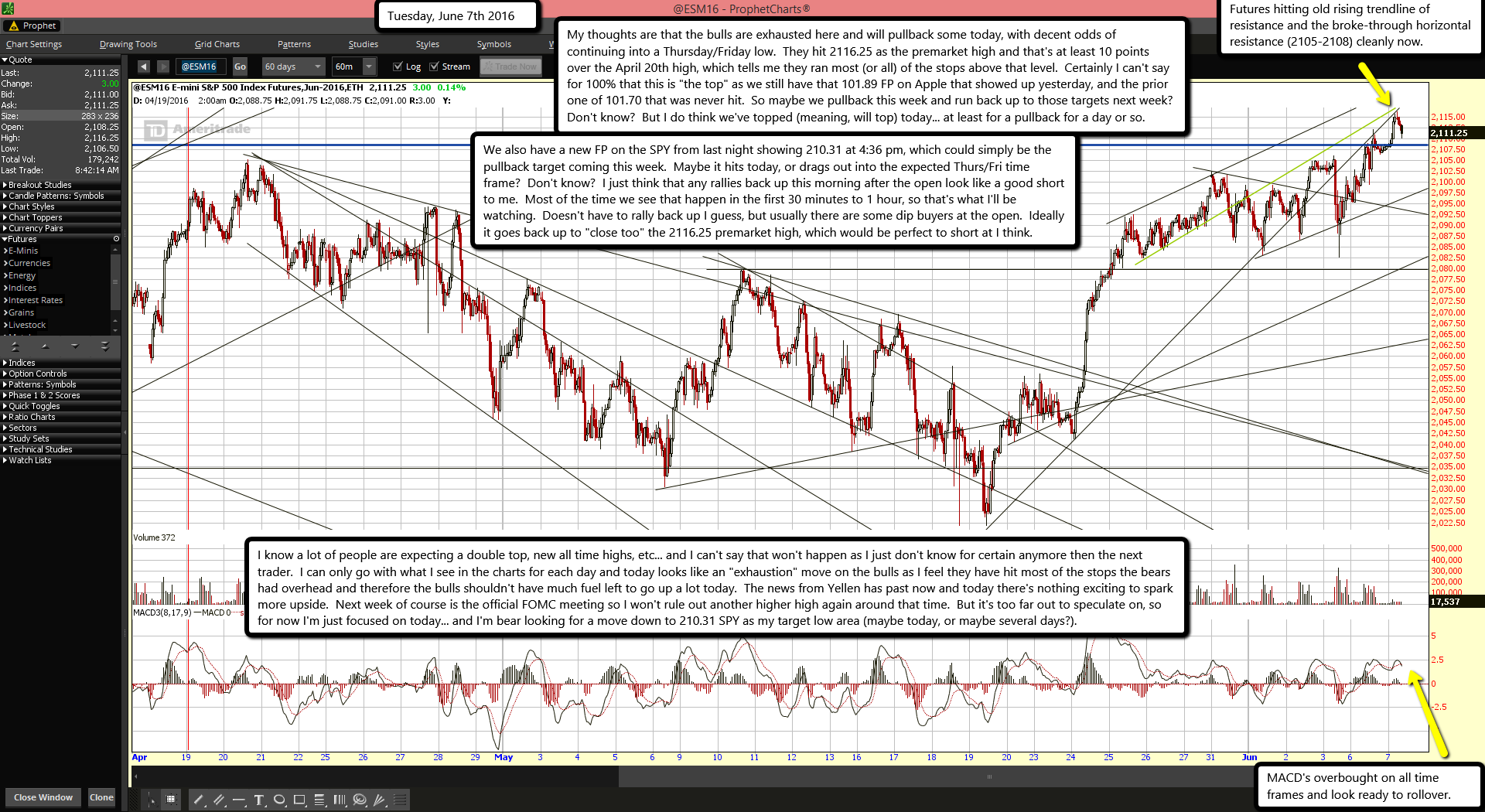 MACD's overbought on all time frames and look ready to rollover.

My thoughts are that the bulls are exhausted here and will pullback some today, with decent odds of continuing into a Thursday/Friday low.  They hit 2116.25 as the premarket high and that's at least 10 points over the April 20th high, which tells me they ran most (or all) of the stops above that level.  Certainly I can't say for 100% that this is "the top" as we still have that 101.89 FP on Apple that showed up yesterday, and the prior one of 101.70 that was never hit.  So maybe we pullback this week and run back up to those targets next week?  Don't know?  But I do think we've topped (meaning, will top) today... at least for a pullback for a day or so.

We also have a new FP on the SPY from last night showing 210.31 at 4:36 pm, which could simply be the pullback target coming this week.  Maybe it hits today, or drags out into the expected Thurs/Fri time frame?  Don't know?  I just think that any rallies back up this morning after the open look like a good short to me.  Most of the time we see that happen in the first 30 minutes to 1 hour, so that's what I'll be watching.  Doesn't have to rally back up I guess, but usually there are some dip buyers at the open.  Ideally it goes back up to "close too" the 2116.25 premarket high, which would be perfect to short at I think.

I know a lot of people are expecting a double top, new all time highs, etc... and I can't say that won't happen as I just don't know for certain anymore then the next trader.  I can only go with what I see in the charts for each day and today looks like an "exhaustion" move on the bulls as I feel they have hit most of the stops the bears had overhead and therefore the bulls shouldn't have much fuel left to go up a lot today.  The news from Yellen has past now and today there's nothing exciting to spark more upside.  Next week of course is the official FOMC meeting so I won't rule out another higher high again around that time.  But it's too far out to speculate on, so for now I'm just focused on today... and I'm bear looking for a move down to 210.31 SPY as my target low area (maybe today, or maybe several days?).