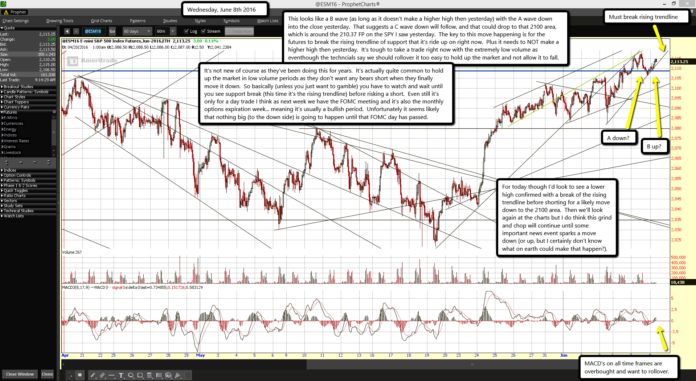 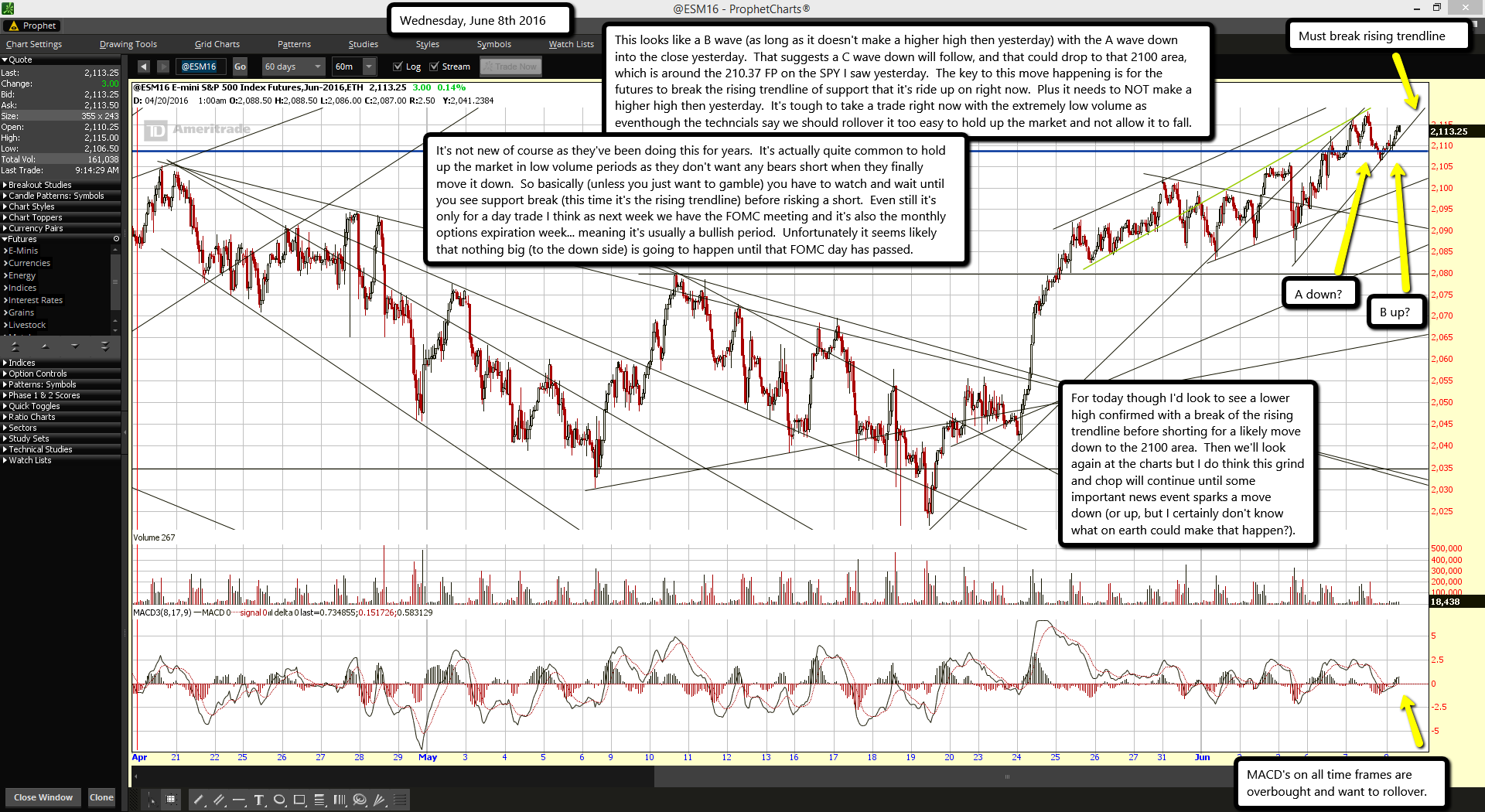 MACD's on all time frames are overbought and want to rollover.

This looks like a B wave (as long as it doesn't make a higher high then yesterday) with the A wave down into the close yesterday.  That suggests a C wave down will follow, and that could drop to that 2100 area, which is around the 210.37 FP on the SPY I saw yesterday.  The key to this move happening is for the futures to break the rising trendline of support that it's ride up on right now.  Plus it needs to NOT make a higher high then yesterday.  It's tough to take a trade right now with the extremely low volume as even-though the techncials say we should rollover it too easy to hold up the market and not allow it to fall.

It's not new of course as they've been doing this for years.  It's actually quite common to hold up the market in low volume periods as they don't want any bears short when they finally move it down.  So basically (unless you just want to gamble) you have to watch and wait until you see support break (this time it's the rising trendline) before risking a short.  Even still it's only for a day trade I think as next week we have the FOMC meeting and it's also the monthly options expiration week... meaning it's usually a bullish period.  Unfortunately it seems likely that nothing big (to the down side) is going to happen until that FOMC day has passed.

For today though I'd look to see a lower high confirmed with a break of the rising trendline before shorting for a likely move down to the 2100 area.  Then we'll look again at the charts but I do think this grind and chop will continue until some important news event sparks a move down (or up, but I certainly don't know what on earth could make that happen?).