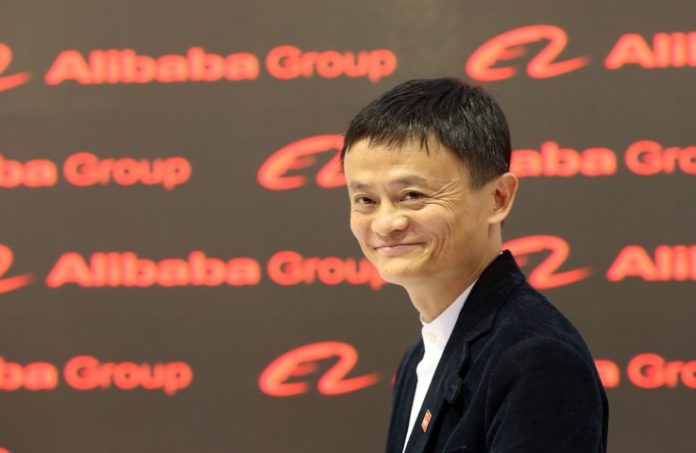 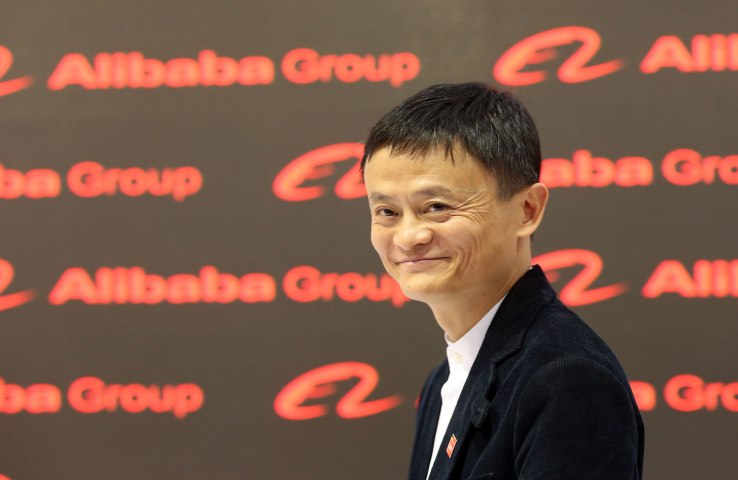 Alibaba Group’s goal is to become the equivalent of the world’s fifth-richest country in four years. Founder and chairman Jack Ma laid out the company’s ambitions during its first Investor Day, which took place this morning at its headquarters in Hangzhou, China.

In order to do that, Alibaba will have to more than double the $463 million in gross merchandise value it made last fiscal year. Achieving one trillion dollars in GMV by 2020 would make the Alibaba the equivalent of the world’s fifth-largest country by gross domestic product, Ma claimed, after the United States, China, the European Union, and Japan.

E-commerce alone, however, will not be enough to take it that far. Ma told investors that Alibaba’s growth strategy revolves around Aliyun, its cloud computing and big data unit. In fact, Alibaba “is not a retail business, we are a data business,” he said, and everything it does now—including financial services like Alipay and investing in logistics—is to gather yet more data.

But Alibaba is still pumping a lot of money into e-commerce (for example it recently invested $1 billion into Lazada to build its online retail business in Southeast Asia), even as it focuses on big data, and investors have worried about how the impact on its profits.

Ma admitted that“we don’t know how to make money off data today, but we know nobody can live without data in the future.” He also cautioned that its shift in strategy means Alibaba Group should not be judged solely on GMV because the metric—which is how revenue for e-commerce companies is measured and compared—will become increasingly outdated as it moves beyond its marketplaces.

“Then in 2005, we started giving something called GMV that we learned from eBay. Investors needed it so we gave it to them and it became standard. But in our heart, we know this is not the only index,” he added.

Alibaba’s goal is to serve two billion people by 2020. This means needs to quickly expand beyond China, which currently has a population of about 1.36 billion. Ma says he expects about 30 percent of Chinese consumers will never use Alibaba’s services, so it has to find 1.2 billion users in other countries.

In addition to Southeast Asia, Alibaba is also eyeing India and has made major investments in e-commerce companies like Paytm. Alibaba has struggled to establish a foothold in the U.S., however (its Amazon competitor, 11 Main, closed in June 2015 just one year after it began operating). Despite opening data centers in the U.S., Aliyun is likely to run into similar problems as it goes up against AWS, Microsoft Azure, and Google Cloud.

Talking about Alibaba’s U.S. prospects put Ma on the defensive. “People ask, ‘Jack, are you frustrated and upset by the stock price? Yes and no,” he said.

“I can understand because we are a company from China and we are doing something that nobody has done before in history and very, very few people have used our service in America. Good things always take time and patience.”

Alibaba also has to fight its reputation for enabling counterfeiters if it wants to woo customers outside of China. The company is the constant target of reprimands from the U.S. and Chinese governments. Both have complained that Alibaba does not do enough to prevent IP theft.

Despite that, Ma claimed during his speech that Alibaba is the “world’s leading fighter of counterfeiting” and that its anti-counterfeiting measures have put 700 people in prison over the last three years and led to the closure of “millions of shops.”

Fighting against knockoffs is “fighting against human nature,” Ma added. Furthermore, thanks to the large number of original equipment manufacturers in China, many fake goods are “better quality and better price than the real ones.”

He insisted that Alibaba is also a victim. For every fake product sold on its platform, Alibaba loses five customers.