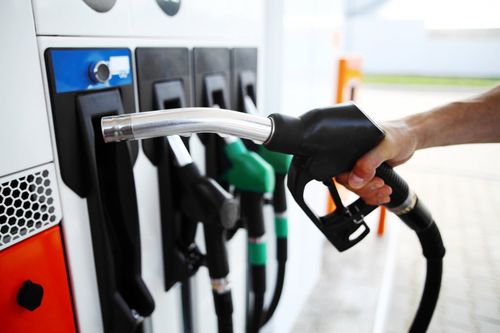 A photo from iStockphoto shows a gas station.(Photo: Thinkstock)

Even with the peak travel season in full swing, gasoline prices are stuck in reverse.

Gas prices have plunged to their lowest July level in 12 years, according to AAA, even as Americans are racking up more miles.

In fact, gas prices have dropped in 39 out of the last 40 days, lopping 20 cents a gallon off in total during that span, according to AAA.

"Gas is getting cheaper as we're moving into the busiest part of summer travel," AAA spokesman Michael Green said. "Those are real savings that add up...And we've seen that cheaper gas prices are motivating people to drive more and to take long trips this summer."

World "petro-politics" is the cause. Leaders in Saudi Arabia, one of the world's top oil producers, have held down prices to dampen production in other nations, including the resurgent oil industry in the U.S.. “It's their goal to maintain their market share and to have the price where it is now so that they can have long term success in the future,” Green said.

In the U.S, the outlook for the rest of 2016 is for even cheaper gas, partly because of the change in seasons. Prices typically fall as the summer wraps up and vacationers head for home.

Amid a global glut of oil inventories that has kept oil prices below $50 per barrel for most of 2016, the national average price of gas dropped to $2.19 on Thursday, marking its lowest average for this time of year since 2004, according to AAA. Making the difference even more profound, the numbers aren't adjusted for inflation. It's the cheapest average since April 28.

That translates into savings of $15 to $35 per fill-up, compared to two years ago. Some 30% of U.S. gas stations are selling gas for less than $2 per gallon, says the AAA.

"It does make a difference," said Chris Carroll, a home remodeler from Lehigh Acres, Fla., when asked about regular unleaded gas prices hovering around $2 a gallon as he filled up. Every bit of savings helps, he says, especially since he uses premium in his big Ram work truck and logs 8,000 miles a month.

Demand for gasoline is among the highest it's been in recent years, said Patrick DeHaan, senior petroleum analyst for GasBuddy, a group that studies retail fuel pricing. 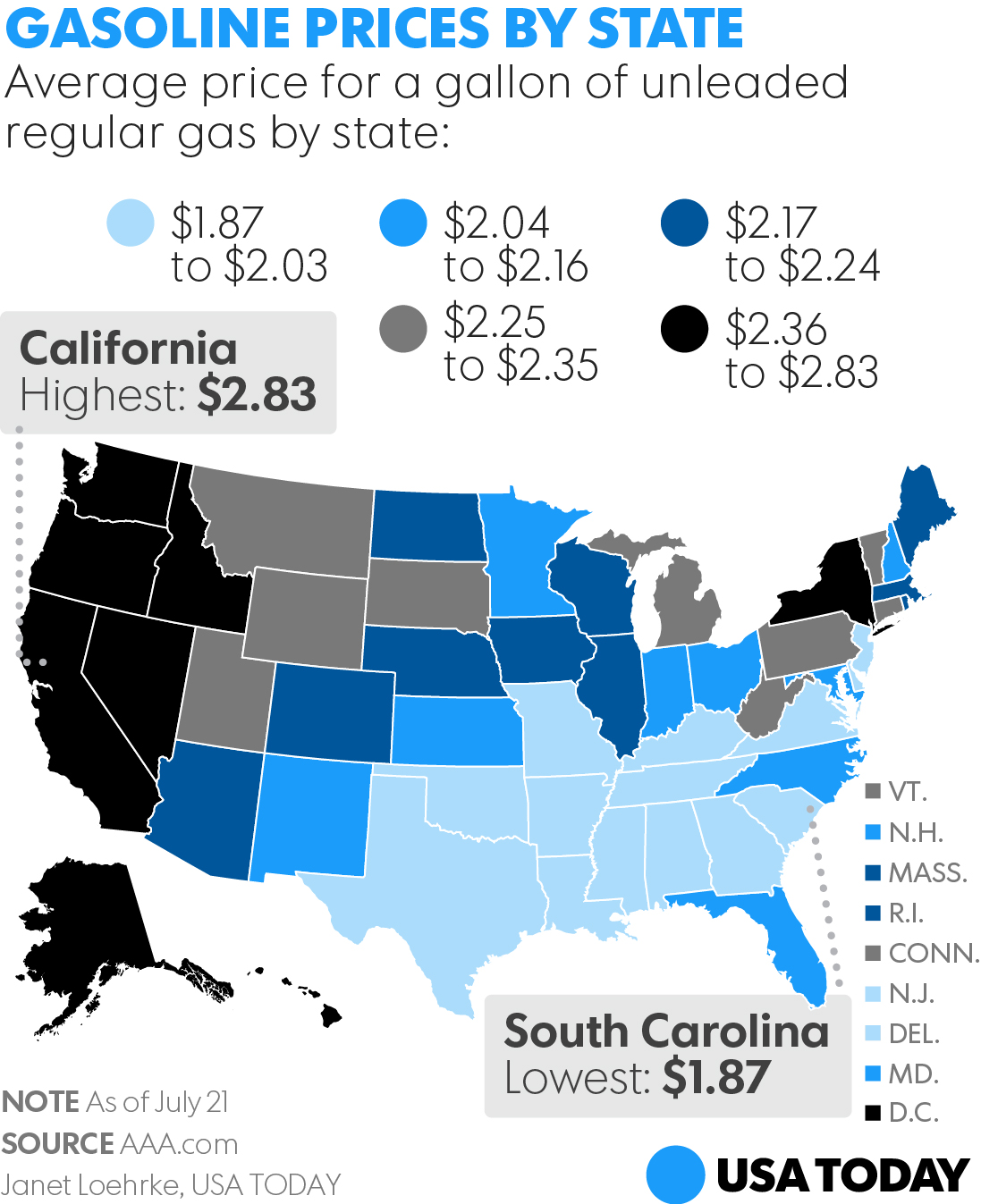 DeHaan projected that about 75% of the nation's 135,000 gas stations would be below $2 per gallon by Thanksgiving, barring any unexpectedly disruptive event.

"Who knows where it's going in the economy, but there's a lot of money that is not being spent at the pump that was two years ago," DeHaan said.

That's in spite of increased gas taxes in the state of Washington and Maryland that took effect earlier this month.

The cheapest statewide average is South Carolina at $1.87, followed by Tennessee, Missouri and Alabama, as of Thursday, according to AAA. The three priciest states are California at an average of $2.83 per gallon, followed by Hawaii and Washington state.