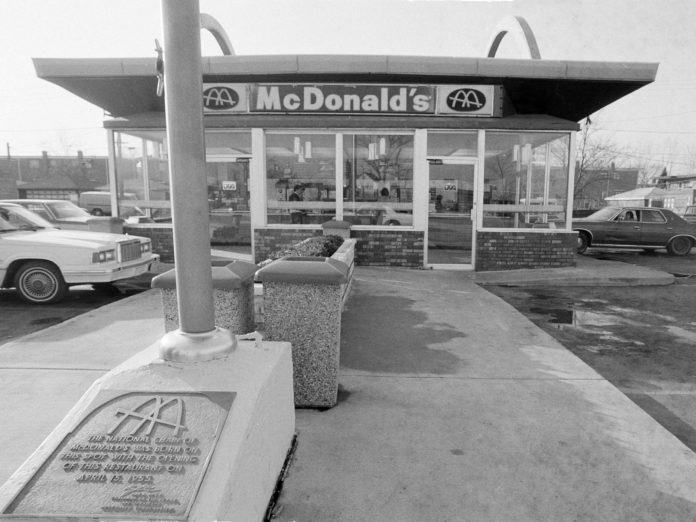 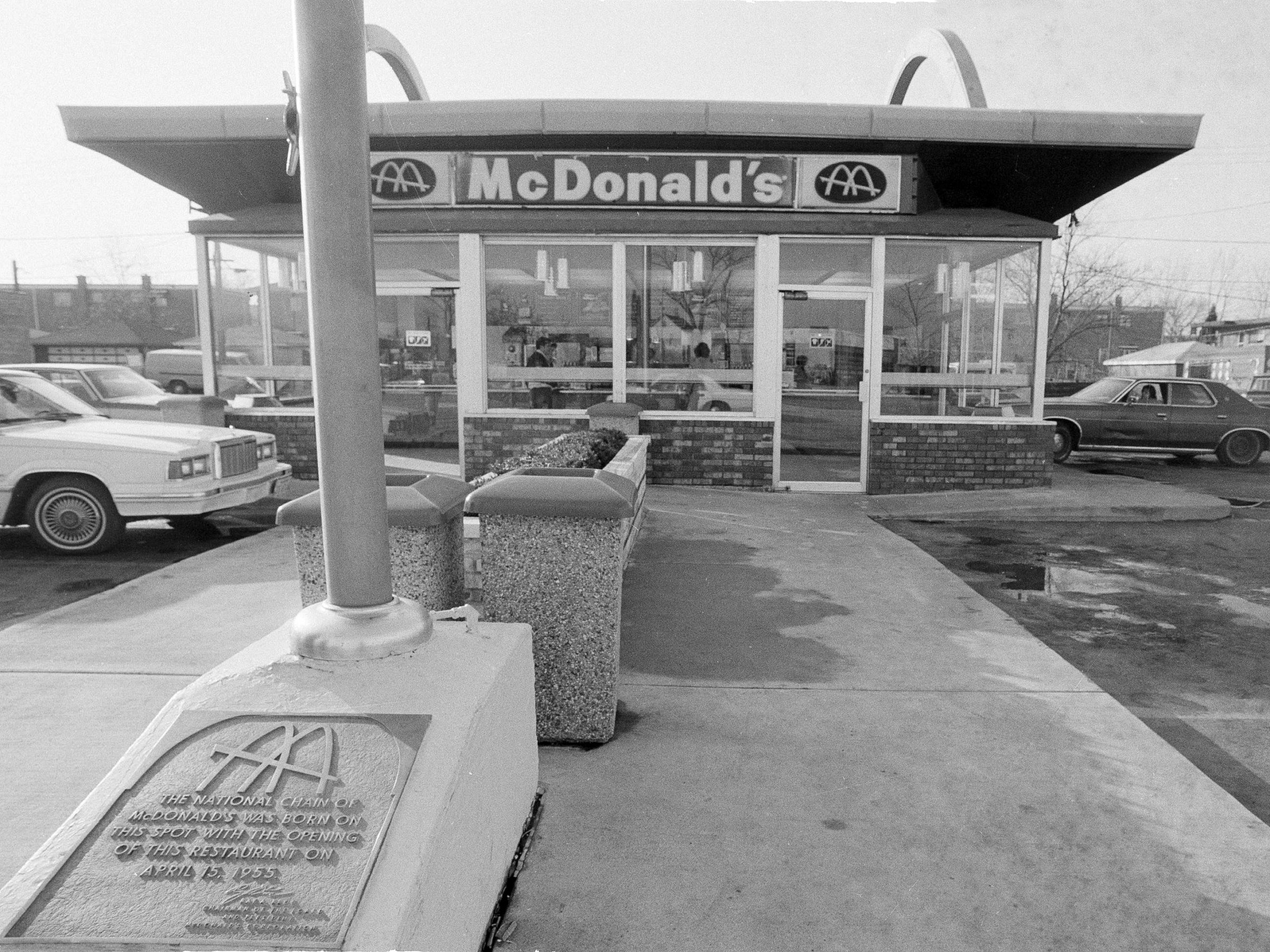 Ray Kroc's original McDonald's in Des Plaines, Illinois had arches on both sides of the building.

McDonald's golden arches have come a long way over the years.

The now iconic logo had its start in 1952, when the McDonald’s brothers were interviewing architects to design the first McDonald's location, reports The Daily Meal.

The first three architects were skeptical of the brother's plan to construct a restaurant with two arches, shaped like semicircles, on each side.

Then, they found Stanley Clark Meston.  Meston designed the McDonald's location to stand out amongst the surrounding buildings, grabbing the attention of hungry drivers who could be convinced to pull over and buy a quick burger. Two golden arches, one on each side of the building, did just that.

Originally, the two arches were not meant to form an "M," as they do today in the chain's logo.  However, as the building design became famous, the chain created a logo intended to be a minimalist view of a McDonald's location, with a slanted roof and two arches lining up to form an M.

By the late 1960s, McDonald's had ditched the two-arch design, with the golden arches appearing instead on signs. This is the era in which Ray Kroc had taken over the business and was swiftly franchising McDonald’s across the US, using the golden arches as a logo, not as an architectural instruction.

There was, at this point in time, reportedly some discussion regarding the need for a new logo.  However, the change was rejected by a marketing expert for a somewhat bizarre psychological reason, reports the BBC. 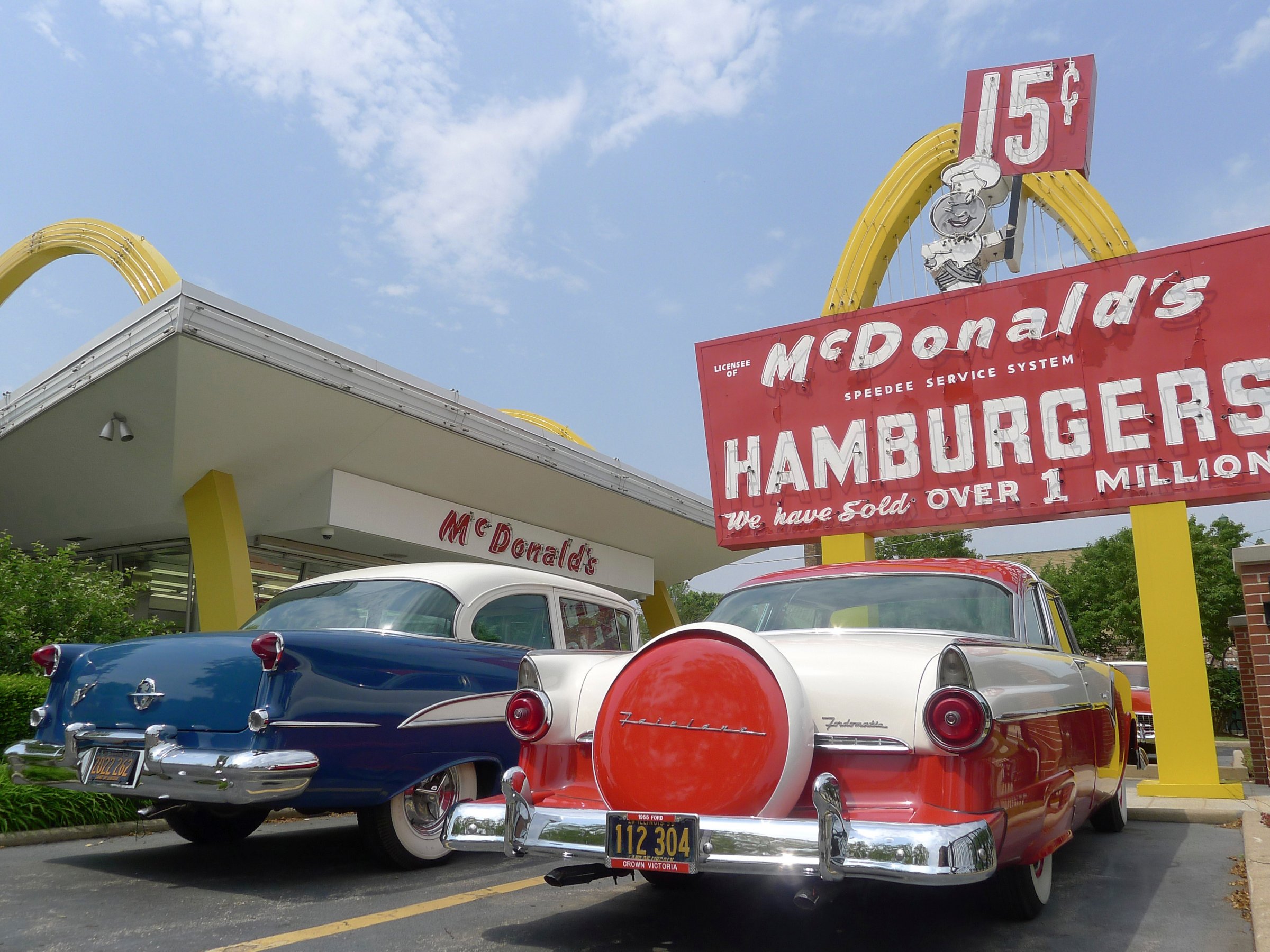 Apparently, design consultant Louis Cheskin convinced McDonald's to maintain its branding with the argument that with the golden arches carried the "Freudian symbolism of a pair of
nourishing breasts."

Since Cheskin's reported pro-golden arch argument in the '60s, there have been a few
tweaks to the logo as it has traveled around the world.

As the arches have become immediately recognizable, there have been instances in which
McDonald's has allowed differences in color at local restaurants.  In Sedona, Arizona, the arches are turquoise, to avoid clashing with the surrounding environment.  In Monterey, California, the arches are black, as part of a compromise with the city to create a more "sophisticated" look.

There have been small aesthetic shifts over the years, to make the arches taller or thicker, or to change the shading, but for the most part the arches have remained the same. Across the world, the golden arches mean one thing: McDonald's.