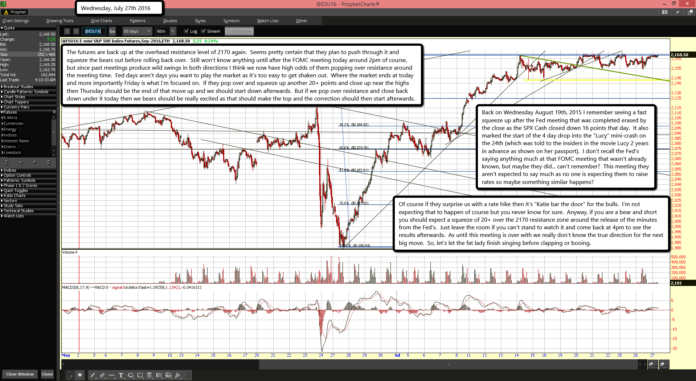 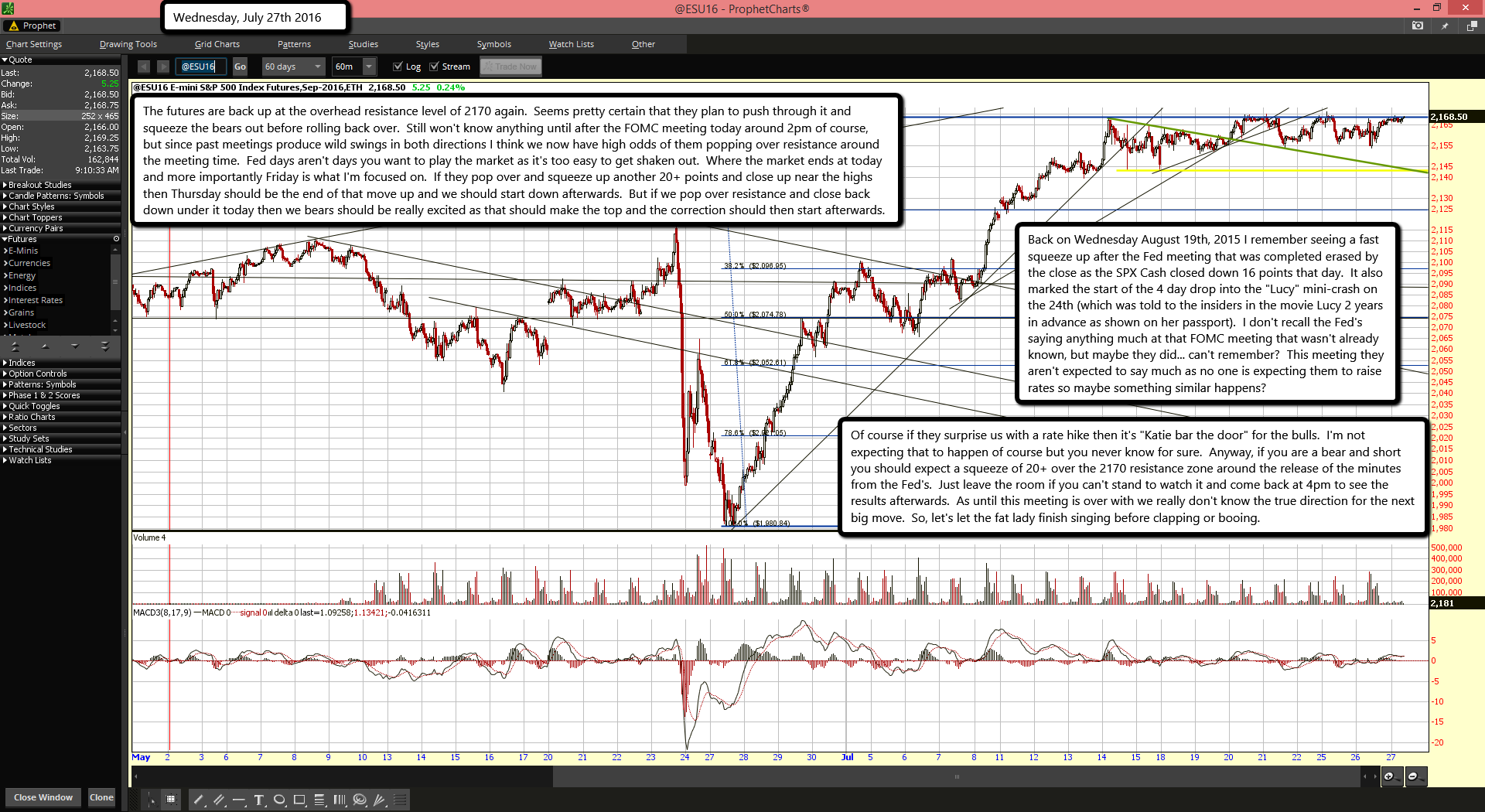 The futures are back up at the overhead resistance level of 2170 again.  Seems pretty certain that they plan to push through it and squeeze the bears out before rolling back over.  Still won't know anything until after the FOMC meeting today around 2pm of course, but since past meetings produce wild swings in both directions I think we now have high odds of them popping over resistance around the meeting time.  Fed days aren't days you want to play the market as it's too easy to get shaken out.  Where the market ends at today and more importantly Friday is what I'm focused on.  If they pop over and squeeze up another 20+ points and close up near the highs then Thursday should be the end of that move up and we should start down afterwards.  But if we pop over resistance and close back down under it today then we bears should be really excited as that should make the top and the correction should then start afterwards.

Back on Wednesday August 19th, 2015 I remember seeing a fast squeeze up after the Fed meeting that was completed erased by the close as the SPX Cash closed down 16 points that day.  It also marked the start of the 4 day drop into the "Lucy" mini-crash on the 24th (which was told to the insiders in the movie Lucy 2 years in advance as shown on her passport).  I don't recall the Fed's saying anything much at that FOMC meeting that wasn't already known, but maybe they did... can't remember?  This meeting they aren't expected to say much as no one is expecting them to raise rates so maybe something similar happens?

Of course if they surprise us with a rate hike then it's "Katie bar the door" for the bulls.  I'm not expecting that to happen of course but you never know for sure.  Anyway, if you are a bear and short you should expect a squeeze of 20+ over the 2170 resistance zone around the release of the minutes from the Fed's.  Just leave the room if you can't stand to watch it and come back at 4pm to see the results afterwards.  As until this meeting is over with we really don't know the true direction for the next big move.  So, let's let the fat lady finish singing before clapping or booing.