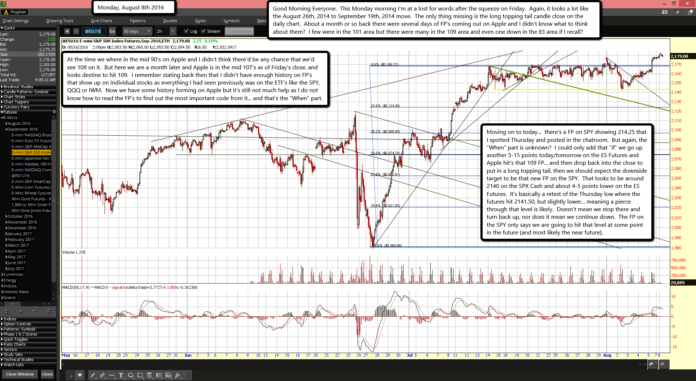 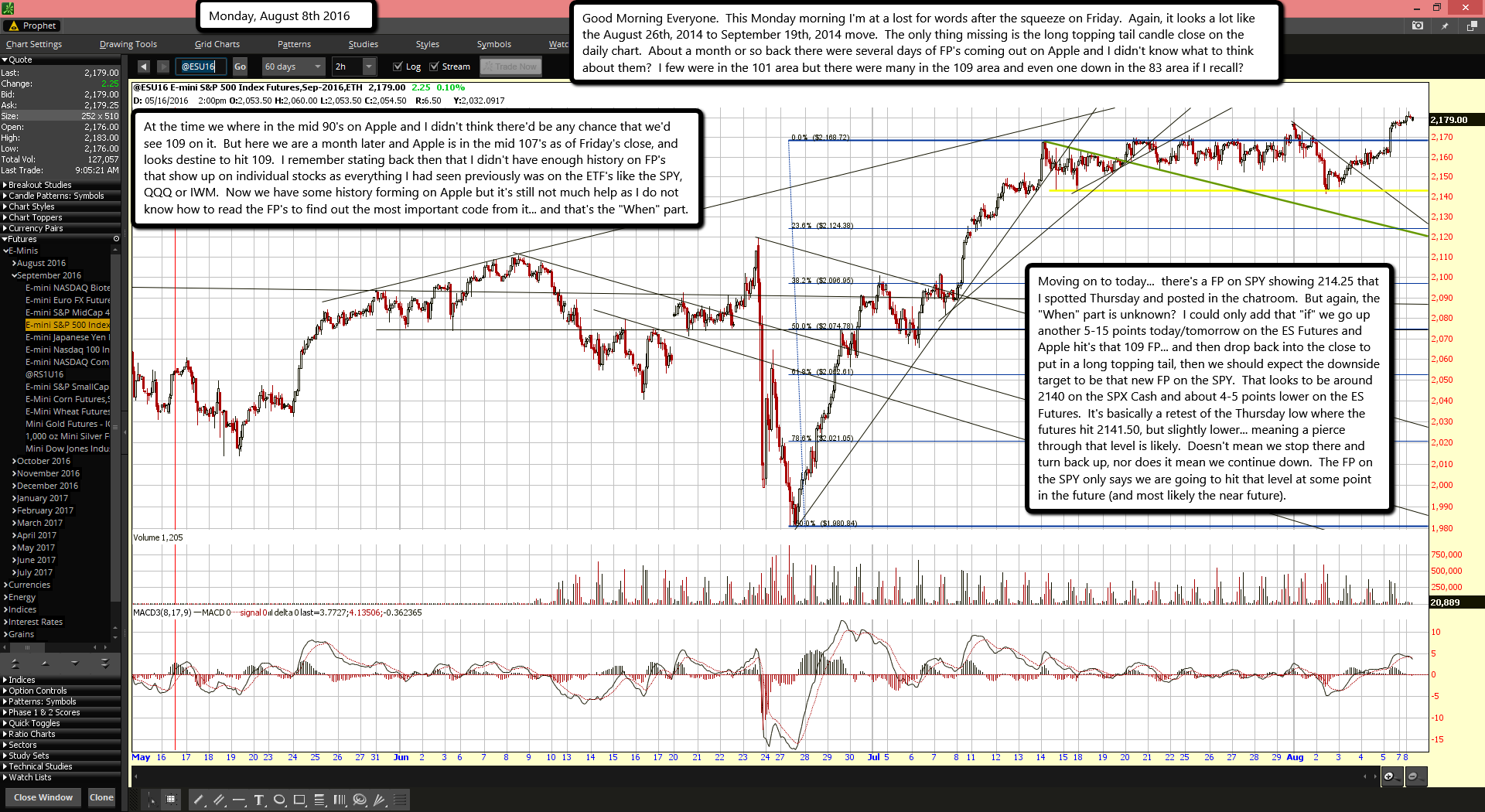 Good Morning Everyone.  This Monday morning I'm at a lost for words after the squeeze on Friday.  Again, it looks a lot like the August 26th, 2014 to September 19th, 2014 move.  The only thing missing is the long topping tail candle close on the daily chart.  About a month or so back there were several days of FP's coming out on Apple and I didn't know what to think about them?  I few were in the 101 area but there were many in the 109 area and even one down in the 83 area if I recall?

At the time we where in the mid 90's on Apple and I didn't think there'd be any chance that we'd see 109 on it.  But here we are a month later and Apple is in the mid 107's as of Friday's close, and looks destine to hit 109.  I remember stating back then that I didn't have enough history on FP's that show up on individual stocks as everything I had seen previously was on the ETF's like the SPY, QQQ or IWM.  Now we have some history forming on Apple but it's still not much help as I do not know how to read the FP's to find out the most important code from it... and that's the "When" part.

Moving on to today...  there's a FP on SPY showing 214.25 that I spotted Thursday and posted in the chatroom.  But again, the "When" part is unknown?  I could only add that "if" we go up another 5-15 points today/tomorrow on the ES Futures and Apple hit's that 109 FP... and then drop back into the close to put in a long topping tail, then we should expect the downside target to be that new FP on the SPY.  That looks to be around 2140 on the SPX Cash and about 4-5 points lower on the ES Futures.  It's basically a retest of the Thursday low where the futures hit 2141.50, but slightly lower... meaning a pierce through that level is likely.  Doesn't mean we stop there and turn back up, nor does it mean we continue down.  The FP on the SPY only says we are going to hit that level at some point in the future (and most likely the near future).