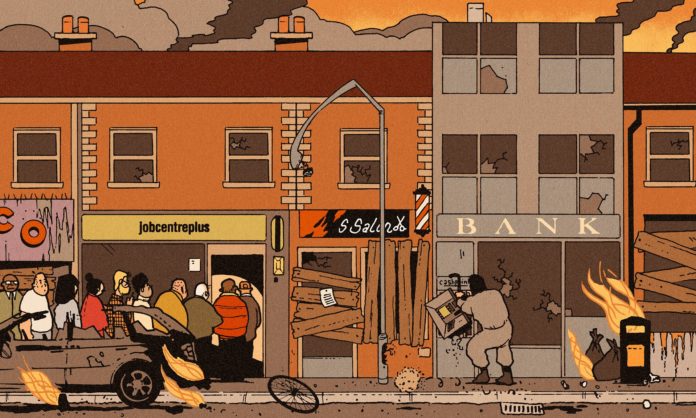 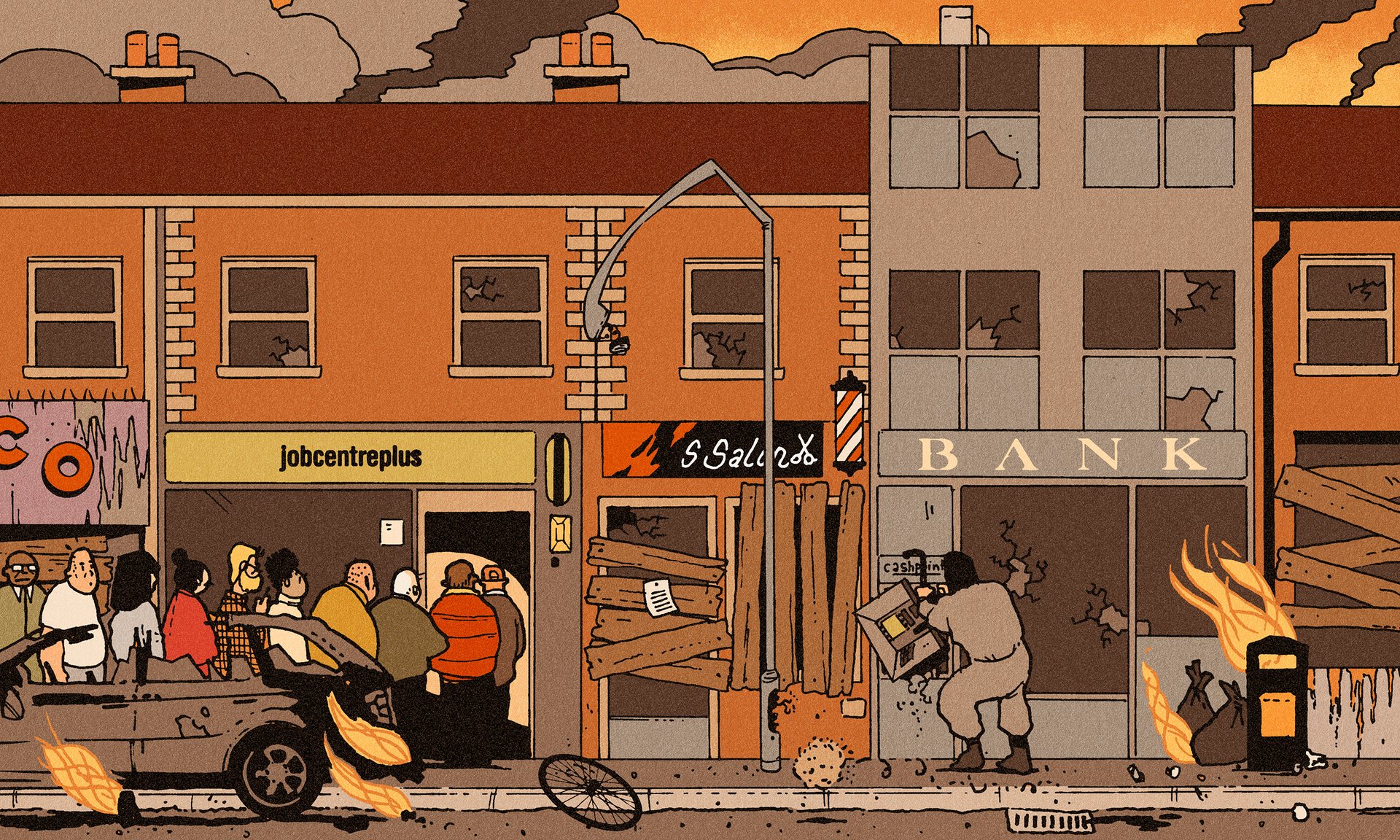 Unemployment would rocket. Tumbleweed would billow through deserted high streets. Share prices would crash. The government would struggle to find buyers for UK bonds. Financial markets would be in meltdown. Britain would be plunged instantly into another deep recession.

Remember all that? It was hard to avoid the doom and gloom, not just in the weeks leading up to the referendum, but in those immediately after it. Many of those who voted remain comforted themselves with the certain knowledge that those who had voted for Brexit would suffer a bad case of buyer’s remorse.

It hasn’t worked out that way. The 1.4% jump in retail sales in July showed that consumers have not stopped spending, and seem to be more influenced by the weather than they are by fear of the consequences of what happened on 23 June. Retailers are licking their lips in anticipation of an Olympics feelgood factor.

The financial markets are serene. Share prices are close to a record high, and fears that companies would find it difficult and expensive to borrow have proved wide of the mark. Far from dumping UK government gilts, pension funds and insurance companies have been keen to hold on to them.

City economists had predicted an immediate rise in the claimant count measure of unemployment in July. That hasn’t happened either. This week’s figures show that instead of a 9,000 rise, there was an 8,600 drop.

Some caveats are in order. It is still early days. Hard data is scant. Survey evidence is still consistent with a slowdown in the economy in the second half of 2016. Brexit may be a slow burn, with the impact only becoming apparent in the months and years to come.

But it is obvious that the sky has not fallen in as a result of the referendum, and those who said it would look a bit silly. By now, Britain was supposed to be reeling from the emergency budget George Osborne said would be necessary to fill a £30bn black hole in the public finances caused by a plunging economy. The emergency budget is history, as is Osborne.

In a way, Project Fear did work. It put the wind up businesses, making them warier about investing in new kit. And at least some of the people who voted remain did so because they were worried about the economic consequences of leaving. That was hardly surprising, given the regular and lurid warnings – from the Treasury, the Bank of England, the International Monetary Fund and the Organisation for Economic Cooperation and Development – about the dire consequences that would inevitably flow from Brexit.

The British state did an abrupt U-turn on 24 June. Having failed to secure a yes vote, the official position had to change fast. The imperative was to get all those people who had been frightened witless to chill out. Some surveys since the Brexit vote did indeed pick up an abrupt drop in consumer confidence. The government feared a recession of its own making.

So instead of telling the public how hard life was going to be outside the EU, ministers and officials sought to reassure, to administer large doses of soothing balm, to insist that the UK could cope just fine on its own.

The economy would certainly have had a tough time had the Treasury and the Bank of England done nothing in the wake of the referendum, but that was never going to happen. There was no passive acceptance of the result: it was an all-action approach. Before his defenestration by Theresa May, Osborne ditched his plan to run a budget surplus by the end of the parliament, while his successor Philip Hammond has said he might “reset” fiscal policy in the autumn statement. There will now be a more measured – and sensible – approach to reducing the budget deficit.

Meanwhile, Bank of England governor Mark Carney has been sweet-talking the City, making it clear that the banks could have access to unlimited quantities of cheap cash. Interest rates, which stood at 0.5% for more than seven years, have been cut to 0.25%, with a strong hint they will be cut again during the autumn.

Project Everything’s OK has worked well so far. Again, this is understandable. There were millions who thought Project Fear was well over the top, which it was, or didn’t think life could become much tougher. The remain camp was ill-advised to rely so heavily on its warnings of economic Armageddon, when only two regions of the country – London and the south-east – had seen GDP per head rise above the level before the 2008-9 recession. After weighing up the pros and cons, plenty of voters didn’t think they were risking all that much.

As far as it is possible to tell, there was a collective sharp intake of breath in the aftermath of the vote, but then consumers carried on regardless. The latest monthly health-check of household sentiment found a sharp drop in optimism in July followed by a rapid recovery in August. John Lewis and Next – two bellwethers of activity in the high street – say trading has not been affected by Brexit.

This doesn’t mean everything is fine. Britain has deep structural economic problems that would have to be addressed inside or outside the EU. Investment has been weak, productivity has flatlined since the recession, earnings growth is running at half its 4-5% pre-financial crisis level and, except in times of war, the balance of payments deficit has never been higher.

Brexit has forced the government to take a long, hard look at the British economy

Brexit could make some of these challenges more acute. Investment is likely to remain subdued, while the fall in value of the pound since the referendum will push up inflation by making imports more expensive. That will put the squeeze on consumer spending power.

But in other respects, Brexit has been a help. It has forced the government to take a long, hard look at the British economy – something that would not have happened without the shock administered by the referendum. It’s brought home the fact that most of Britain feels disconnected from the economic story peddled by successive governments.

For decades, there’s been a tendency for businesses to meet rising demand by employing cheap labour rather than by investing in modern equipment. Large chunks of the economy are characterised by low skills, low wages, and low productivity. As the Resolution Foundation noted this week, companies that rely on the ability to import low-cost employees from the EU are going to have to rethink their business models. This is not necessarily a bad thing.

The government has responded to Brexit by soft-pedalling on austerity, by contemplating spending more on infrastructure and by committing itself to an industrial strategy. A degree of scepticism is warranted here. The referendum has made change possible: it doesn’t guarantee it will happen. It remains to be seen how many new roads and railways get built, or whether the industrial strategy amounts to anything more than a new name for Whitehall’s business department.

When I voted for Brexit on 23 June, I did so for three reasons: because the European Union is a failed project; because Europe is moving in an increasingly free-market direction; and because I wanted to shake up the status quo. It would take an extremely deep and prolonged recession to make me regret my choice. That prospect seems even more remote than it did eight weeks ago.