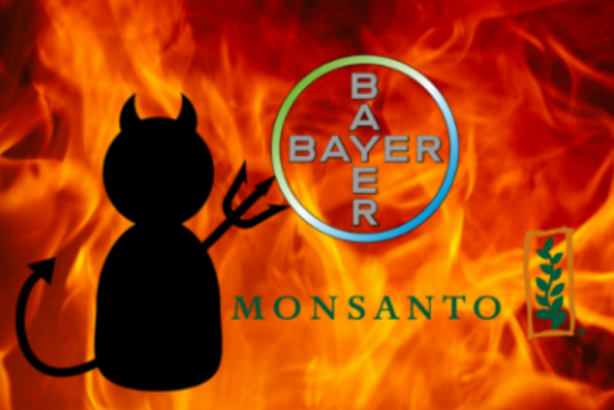 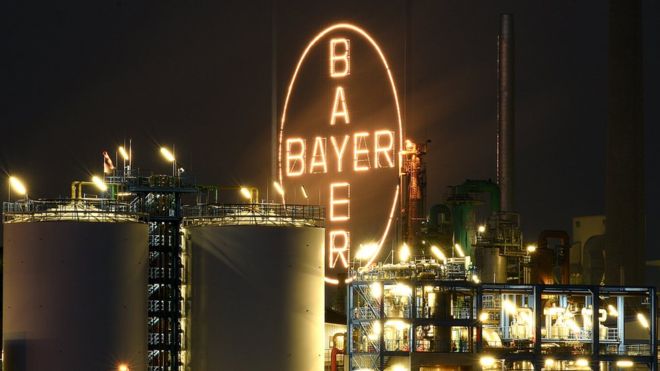 Bayer said it was in advanced talks with Monsanto, but warned there was no guarantee a deal would result.

Its initial offer of $122 a share in May was rejected by the US firm for being "financially inadequate".

The record all-cash offer valued Monsanto at $62bn (£43bn at the time).

Bayer raised its offer to $125 a share in July but was again rebuffed.

Combining Bayer and Monsanto would create the world's biggest agricultural supplier and be a market leader in the US, Europe and Asia.

Bayer's farm business produces seeds as well as chemicals to combat weeds and insects, but it is better known for its healthcare products such as Aspirin and Alka-Seltzer.

Monsanto is primarily known for its genetically modified seeds for crops including corn, soybeans, cotton, wheat and sugar cane. Such seeds have attracted criticism from some environmental activists. 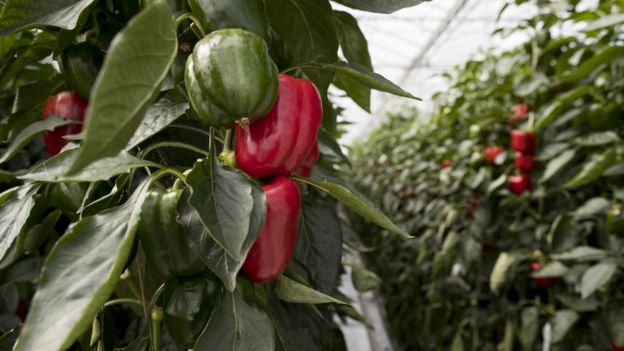 Peppers grow in a greenhouse operated by Monsanto's seeds division in Bergschenhoek, the Netherlands

The higher offer comes amid a wave of mergers in the agriculture sector.

Rivals including Dow Chemical, DuPont and Syngenta have all announced tie-ups recently, although some have yet to be cleared by regulators.

The drop in commodity prices has put pressure on companies such as Monsanto, with farmers' cutting orders for supplies.

However, a Bayer takeover of Monsanto could raise US competition concerns because of the sheer size of the combined company and the control it would have over the global seeds and sprays markets.

Farming groups have raised concerns that such mergers could lead to fewer choices and higher prices.

Insiders said that although the two companies were close to reaching an agreement on price, they had yet to agree on a strategy on how to deal with potential regulatory hurdles. 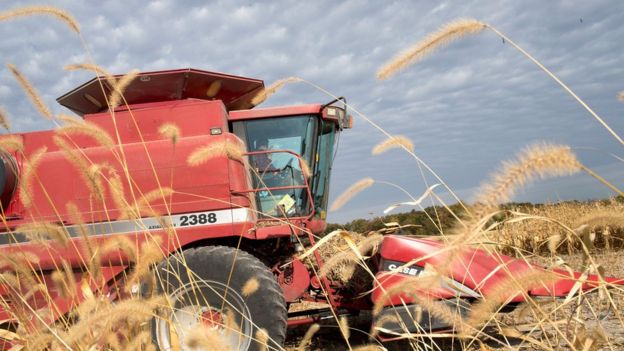 Shares in Bayer have fallen by close to a fifth this year and ended at €94.24 on Monday, valuing the company at €78bn.

Monsanto has risen 9% since the start of the year and closed on Friday at $107.44, making it worth just over $47bn. Wall Street was closed on Monday for the Labor Day holiday.

Isn't it nice to see a drug company like Bayer, (who everyone has surely taken an aspirin from time to time) buyout a company known for poisoning the public with GMO's and pesticides?  Just think... the next time you take an aspirin it might contain poisons in it (or does it already?)