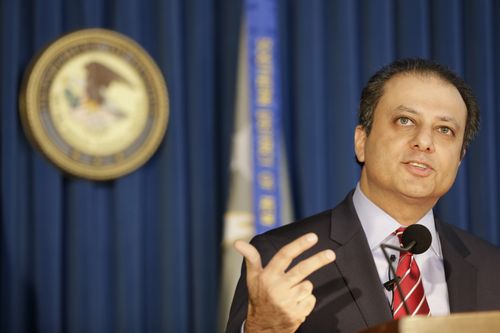 The former chief financial officer of VEREIT has been charged with falsely inflating the financial results of the real estate investment trust by about $13 million to meet its guidance in 2014, Manhattan US Attorney Preet Brahrara said Thursday.

Also charged was Lisa McAlister, 52, the company’s former chief accounting officer who pled guilty on June 29 and is cooperating with the government. Each executive faces securities fraud and false filing charges that carry a maximum prison term of 20 years, and conspiracy and false statement charges that each carry a maximum term of five years.

The fraud allegedly occurred in 2014, when VEREIT was called American Realty Capital Partners.

Before filing the company’s first-quarter earnings, Block and McAlister learned from another employee that they had used a method that erroneously inflated the firm’s income before non-cash depreciation and amortization and excluding certain one-time charges, according to an indictment unsealed in federal court.

After the first-quarter filing, the employee told Block and McAlister that the income was overstated by about 3 cents a share. But Block did not advise the company’s audit committee of the error, which put the company on track to meet its full-year guidance. The executives then used the same “misleading calculations” to calculate the second quarter measure of income, the U.S. Attorney’s office said.

In  total, their actions overstated American Realty Capital’s income by $13 for the first six months of 2014, the indictment said.

“All market investors are entitled to be told the truth from publicly traded companies when those investors are making decisions about where to invest their funds,” Bharara said in a statement.

Corruption is just normal business in this world I guess...

Why do I get the feeling nothing will really be done here?